Another week, and another issue of Morning Coffee to help you relax and recharge your batteries over the weekend. If you’re into photography, you’re in for a treat this week.

Issue #10: A7-series galore, with a side of social commentary

As regular readers will know, the past few days were spent largely in anticipation of receiving my new camera, the Sony A7 Mark II, together with the Sony Zeiss FE 24-70mm f/4 OSS lens. As such, a number of links in this week’s issue are photography related and, more specifically, A7-series related.

I finally received both items yesterday, but a bit more on that later. For now, let’s focus on some interesting pieces of writing.

Some really incredible pictures in this piece by photographer Paul Marbrook. The Canon 50mm f/0.95 was a remarkable lens in Canon’s lineup, the fastest lens Canon ever produced. It was made in the 1960’s and it was a rangefinder lens, designed for the Canon 7 rangefinder camera. As these images show, the lens had a unique “dreamy” rendering that instantly became a huge hit. Sadly, the lens was discontinued decades ago, so finding one in good condition today is pretty hard, and expensive. If you can find one, though, I’d advise jumping on it immediately.

Another interesting piece comparing a Canon legacy lens with Sony’s current fast standard prime for the FE-system. It’s amazing just how well old manual lenses do with the Sony A7-series cameras. For those complaining about the lack of interesting glass for the FE system, I’d say take a very good look at some of these old primes, and you’ll be surprised.

It’s worth keeping in mind that optics were already excellent back in the 80’s, with most of the innovation we’ve seen in the space since then coming in the form of features like optical image stabilization, autofocusing speed and better coatings to reduce ghosting and flare. On a good day and with the proper lighting though, the Canon 50mm lens does just as well as the Zeiss, a really impressive performance, especially considering the Canon lens is about ten times cheaper.

At this point, the trend is clear. But while all those pixels are nice to have when pixel-peeping on a high-resolution display, do they really make a difference in actual prints? According to Jordan Steele, yes. Sort of:

In both sets of prints, upon close examination, the resolution of the A7R II was clearly visible. Everything seemed a bit sharper, with simply finer detail. However, with the 24″ print samples, the prints became indistinguishable to my eye when the viewing distance extended to around 18″. That’s it. Just 18″ away, and the extra detail in the print became essentially invisible. Since a 24″ print would need you to back up further than 18″ to see the whole print, at normal viewing distances the prints are indistinguishable.

The same is true for the 36″ print samples. Both prints looked fine, but the A7R II print was just a bit sharper and more detailed when viewed close up. The difference is there, but it’s not enormous, to be honest. The distance for these to equalize was a bit further, but they became essentially indistinguishable just beyond arms length, or around 30″ away. This, again, is around the normal viewing distance for a 36″ print if you’re fairly close.

Obviously the A7R II resolves more detail, which will allow you to make larger prints, or to crop more and still retain tons of detail. But apparently, for normal-sized prints, the difference between the two is not dramatic.

Interesting tutorial on how to process portrait images without making them look unnatural:

Frequency separation is the ability to smooth skin without removing any of the texture that makes a person look real. When you apply a slight blur to the skin, you are only doing so to the colour of the skin and not the texture. Skin can often look blotchy and uneven when photographed under anything but soft light and it is the role of frequency separation to even this out so that it looks both natural and flattering. In this tutorial, we will look at how you can apply frequency separation to most portraits to achieve a nice, natural looking effect.

Some really nice tips in this one. 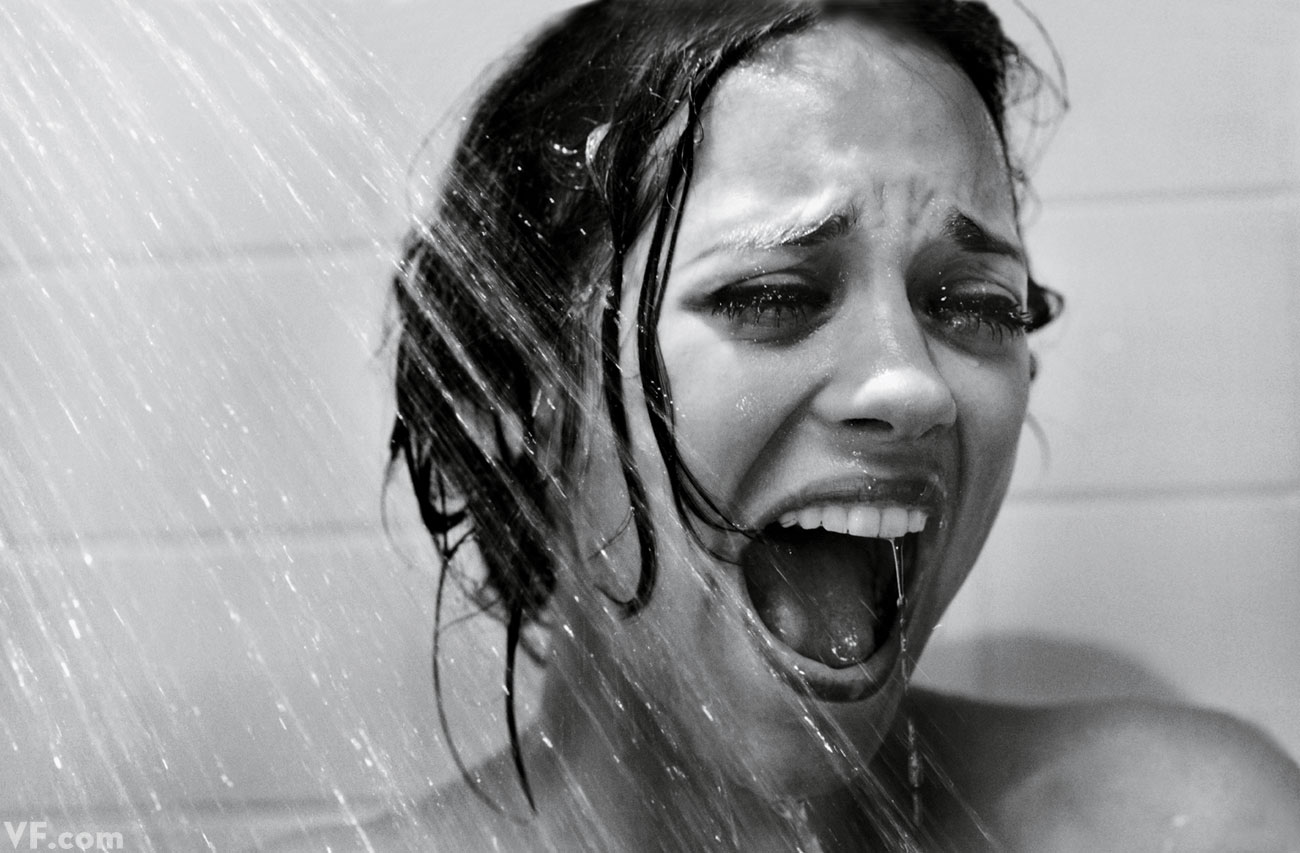 Thought-provoking piece by Emma Howard for The Guardian:

The Earth’s “overshoot day” for 2015, the point at which humanity goes into ecological debt, will occur on Thursday six days earlier than last year, based on an estimate by the Global Footprint Network (GFN).

The most troubling fact is that the trend is accelerating.

Another great piece at The Guardian, this time by Oliver Milman:

“In safety terms there is a phenomenon called safety in numbers,” he said. “As more people cycle, our roads become safer for these cyclists.

“Drivers become used to seeing cyclists and adjust their behaviour, and infrastructure tends to be improved to better cater for cycling. Even if cyclists wear helmets they are less safe with fewer cyclists on the road than they would be with more cyclists about.

“Helmets are a barrier to new riders, particularly for occasional and non-regular riders. The need to wear a helmet reinforces the message that cycling is dangerous – with perceptions of danger a major reason people give for not cycling.”

“An economic crisis leads to instability in the political system, and usually not in a direction we could call progressive,” Varoufakis says. “In these five years, however, Syriza has managed to turn this danger into a creative, progressive force. But now that Syriza has been humiliated by being forced to accept an agreement that can’t possibly work, we are now confronted with the impossible task of continuing to be a progressive and creative force and, at the same time, implement these measures that will stall the economy.”

Do the work | Rishabh R. Dassani →

Great piece on the relationship between creativity and diligence:

The only way we can truly influence the outcome we want is to show up and do the work. That’s all you can really do — think about it. It’s good to begin with the end in mind, but it’s the dwelling on the end that becomes the problem.

Instead, I suggest that we start with the end in mind first, and then shift our focus to doing the work. Starting with the end in mind effectively leads us. Moving in the direction of that end is managing ourselves by doing whatever is required to get us to the end goal, letting the journey determine the outcome of our work. That would mean showing up every day to do work that matters to you. It’s time to stop making excuses and start doing work every day.

Creativity is a habit. Unless you’re showing up every day, creativity won’t show up. Only when you show up and do the work do you have any chance of producing something great, because unless you’re prepared to be wrong, you’ll never come up with anything original.

When you become too preoccupied with the finish line, you lose sight of what’s really important.

Awesome review/user report on the Aeronaut 30 bag by Tom Bihn. Tom Bihn products are all very interesting, and always worth considering when purchasing a new bag. Although I haven’t personally used any of them, their design philosophy is something that resonates with me, and provides an interesting contrast with the GORUCK approach, for example. Via Ben Brooks.

This piece on the uncertain future of the iPad has been making the rounds all week, and with good reason. Despite the bullish attitude Apple and Tim Cook continue to have towards the iPad, there are plenty of warning signs that indicate we may have already seen Peak iPad:

Not only are tablets being used for more rudimentary purposes, but smartphones and laptops are crippling the odds of tablets being used for much more. The iPad market is in trouble and if there are no changes made to the lineup, Peak iPad is on the table. Peak iPad is a simple concept driven by the belief that underlining structural changes to the tablet market would result in the iPad losing most of its value propositions, leading to a permeant decline in sales. For example, Peak iPod is alive and well as even though Apple is still selling iPods, the product category will never reach record quarterly sales. Meanwhile, while some argued that we had seen Peak Mac, we instead were just in a sales slump that quickly reversed itself with a revamped product line. The Mac’s value propositions were still alive and well. In a world where smartphones are getting larger and laptops are getting smaller, the Peak iPad theory is starting to look more likely as time goes on. Something needs to be done to create new tablet value propositions, redefining its role in the mobile revolution.

It’s been another interesting week, as usual.

Keeping up with the photography theme, a couple days ago I shared a piece on an issue that’s been bugging me for weeks. It’s about color management on iOS and how, if you’re not careful, your pictures may end up with the wrong colors. If you process your images on a desktop computer and you’re not familiar with the concept of color management and color spaces, I highly recommend checking it out.

Other than that, my research on the new camera peaked just after I ordered it, and I’ve been slowly coming to terms with the system change over the past few days. By now, all that’s left of my Micro Four Thirds system is the Olympus 17mm f/1.8 lens and the E-M10 camera, but even those two are already close to being sent out. To be honest, I’m having mixed feelings about it, because I absolutely love my E-M10. It’s the first real camera I’ve owned, and the one largely responsible for this crazy love affair with photography I happen to find myself in. So I will sorely miss it, even if only for the incredible convenience such a small camera offers.

Sadly, though, I’m well aware that it doesn’t make sense to keep two cameras at this point, particularly two cameras belonging to different systems. Maintaining not one, but two lens systems is not really a viable choice for me at this point, plus I actually have no desire to do so. I may buy one of the smaller NEX bodies or even a Sony a-6000 down the road to keep as a backup body, or to use as a walk-around camera, but I’m in absolutely no hurry to do that. I will miss several Olympus features though, most notably the incredible Live Composite mode. Alas, you can’t have everything, and I’m certainly not complaining.

Since the A7 II arrived only yesterday and most of my afternoon was spent on a train bound to my hometown, I haven’t had any real time to play with it yet. As such, I’ll refrain from making any sort of serious claims about it for now. I plan to take my sweet time to form an honest opinion, and only then will I write about it at length. I believe it’s only fair, because my user experience has been pretty much defined by the E-M10, and the Sony is an entirely different beast. I don’t want to judge it based on comparing it to the Olympus — or any other camera, for that matter. 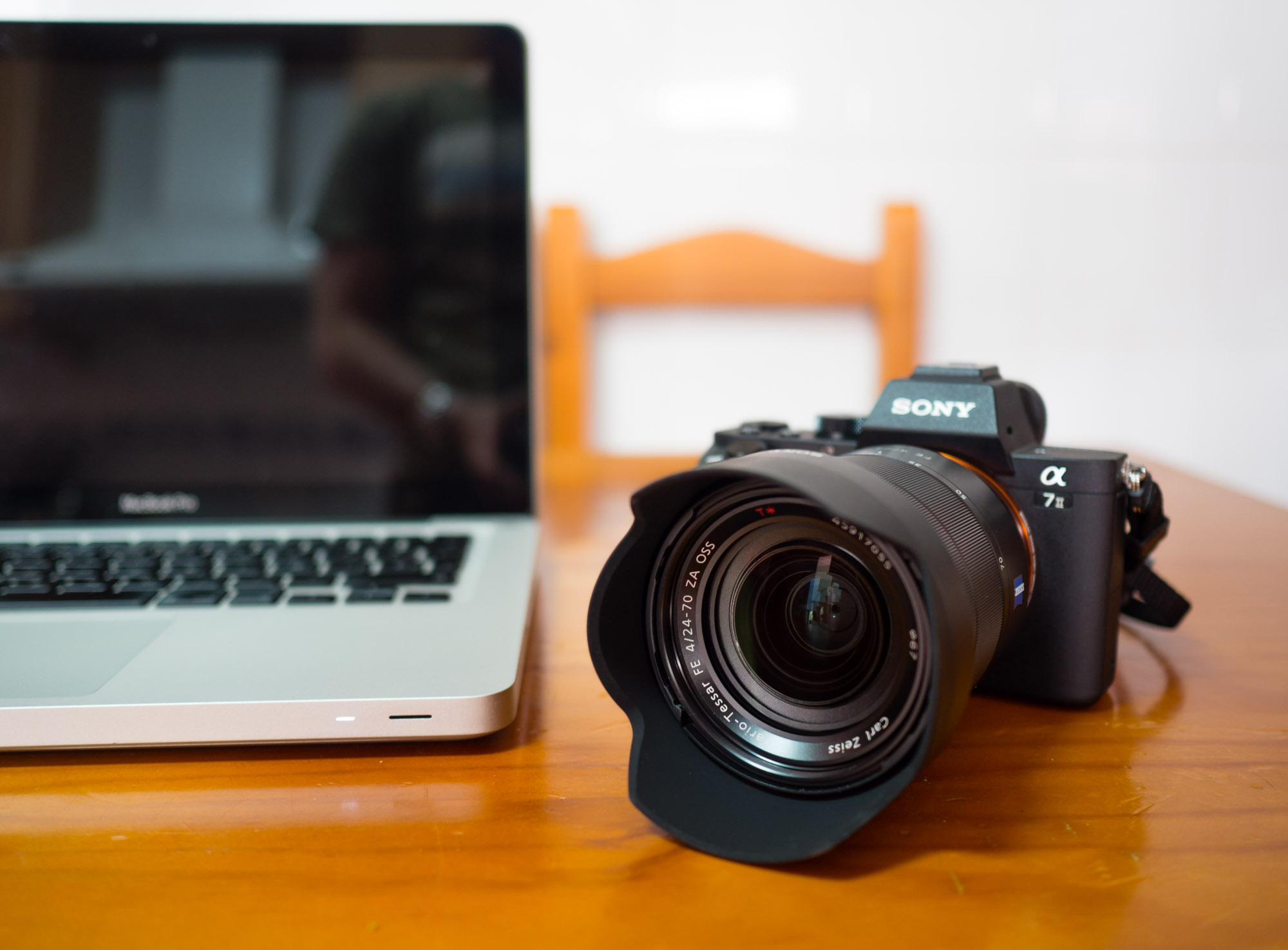 With that in mind, here are a few very, very initial impressions:

That’s pretty much all I have to say about it at this point. Rest assured, I will be using it extensively in the coming days and weeks, so I’ll be sharing more of my impressions here, and also on Twitter.