Giovanni Pinarello, founder of the Italian bicycle manufacturer whose frames have been ridden to Tour de France glory by the likes of Sir Bradley Wiggins, Chris Froome, Miguel Indurain and Jan Ullrich, has died at the age of 92.

I am deeply saddened by this news. Pinarello was a living legend in the cycling world. My road bicycle is a Pinarello Montello SLX, the same model that Spanish cyclist Pedro Delgado rode to victory in the 1988 edition of the Tour de France.

In this image we can see Delgado and the rest of team Reynolds, including Miguel Indurain, who would go on to win 5 consecutive editions of the Tour from 1991-1995. They are all riding Pinarellos, and would continue to do so for the entirety of Indurain’s career: 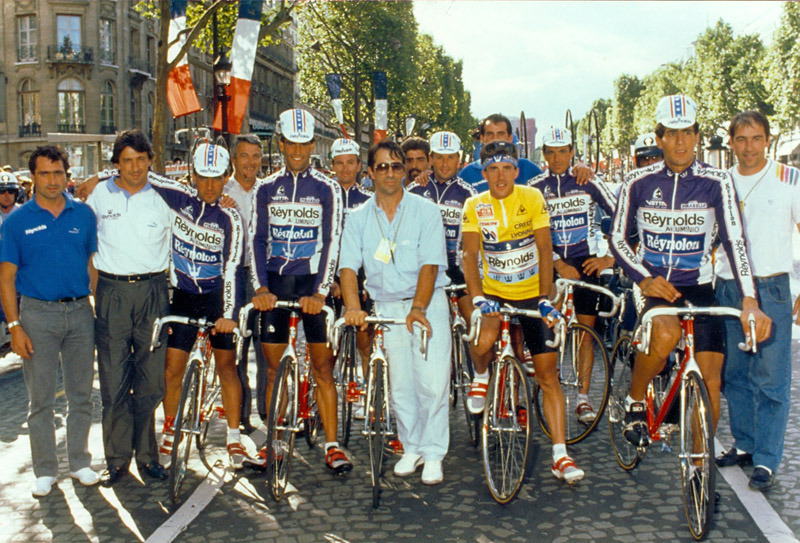 These bicycles will be forever linked to some of the most memorable feats in the history of the sport.