Yes, of course the Apple Watch is a “watch.” Many people, especially in the watch community, have defended their love of traditional mechanical watches by segmenting the Apple Watch in a category of high-end gadgets versus “watches.” While I understand and perhaps even empathize with this sentiment, I disagree. If anything, the Apple Watch is what the wrist watch is meant to be in the 21st century. You might not like that, but it is the truth, when it comes to wearable wrist technology. Traditional watch lovers know (and even relish the fact) that their timepieces employ antiquated technology. Such technology might be produced using the most modern construction equipment and with innovative materials, but at the end of the day, no one can argue that a mechanical wrist watch would be able to compete with the sheer utility of a computer.

That is a very good point. The day that modern smartwatch technology is able to match the craftsmanship of mechanical watches, I’ll be happily won over in a heartbeat.

All in all, a really great, in-depth article. It is well worth your time.

After the one-week launch delay, the new iPhones are finally available for purchase in Spain, and it seems that everybody around here is talking about them. 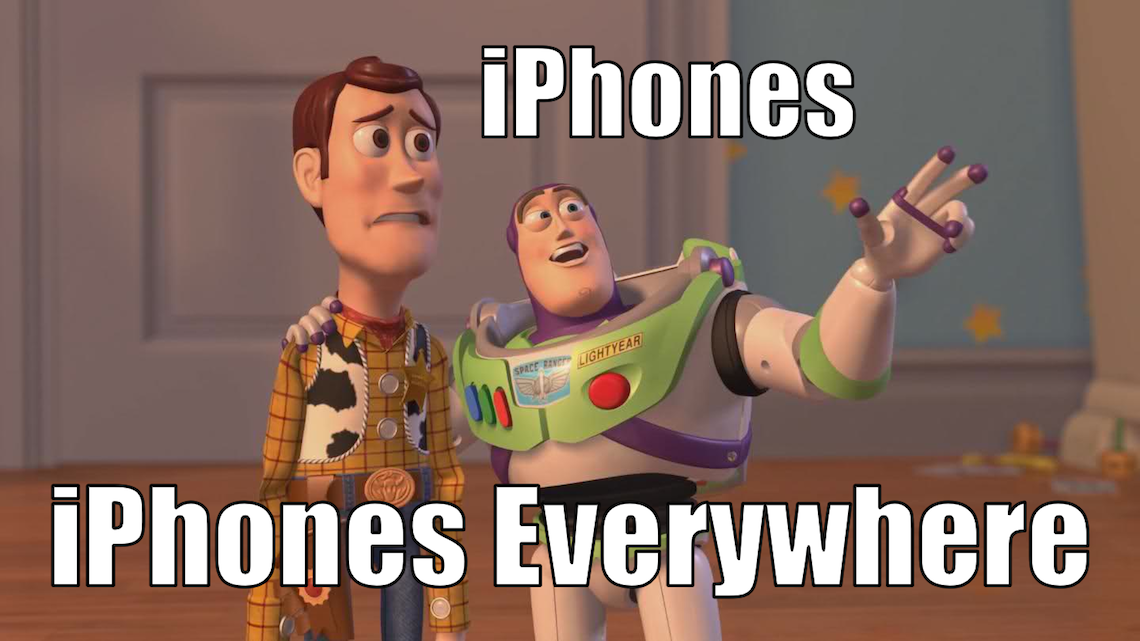 I wanted to reserve judgement until I saw them in the metal —so to speak—, and now that I have, my opinion remains basically unchanged.

The iPhone 6 Plus is a monster.

And yet, it’s a weirdly attractive kind of monster. It’s actually the kind of monster that makes you think hey, monsters may not be so bad after all, and perhaps we should all be more accepting of their monsterness.

But yeah, it’s still very much a monster.

I have no doubts that the 4.7-inch iPhone 6 is clearly the new mainstream iPhone. I would even go so far as to say, the flagship iPhone. This feels weird, because there’s a more expensive iPhone out there and in the past, the more expensive model has always been the flagship. And, to muddy the waters even further, the 6 Plus is objectively better in some ways.

However, I see the iPhone 6 Plus as more of a niche product. The bigger size, which is its main differentiating feature, automatically excludes it from being the flagship model in my mind, because bigger is not objectively better in this device class. My guess is, most people won’t want to carry a device that big all the time. I certainly don’t. Even if I wanted to have it on me at all times, I wouldn’t want it enough to actually carry it. Hell, there are many situations where it may even be physically impossible to carry a 6 Plus, let alone convenient. Think of small pockets and fitted jeans and it should be readily apparent that these two won’t play nice with the 6 Plus. Jogging with an armband, you say? The 6 Plus is probably wider than your arm.

Like I said, it’s unusual to think of the more expensive iPhone in terms of it not being the flagship. However, it’s not entirely unprecedented. If we consider the MacBook Pro, for example, we can easily see that bigger and more expensive doesn’t always mean better. The 17-inch MacBook Pro, which was discontinued in 2012, was the most expensive MacBook Pro at the time —by a wide margin—, and it was objectively the better model in terms of performance —as in, more memory, higher-clocked CPUs, and more storage capacity—. And yet, I never thought of it as the flagship. The 15-inch MacBook Pro offered —many would argue, it still does— by far the best balance of performance vs. portability, as well as the most well-rounded, tried-and-true design, without any compromises. It was —and is— the true flagship.1

Defining the flagship is not entirely about volume sales, either. The 15-inch MacBook Pro was certainly outsold by the 13-inch model once the latter became more affordable. And so, in the case of the MacBook Pros, we had the mainstream model (the 13-inch) and the flagship model (the 15-inch), neither of which were the most powerful or the most expensive models in the lineup. This is a simple economic reality: cheaper devices tend to sell better than more expensive ones.

In contrast, the 17-inch MacBook Pro was more like a design playground for Apple. Also, it was them showing off. It was a device they could experiment with in order to see what they were capable of building, and to test new features before they became mainstream. Besides, it gave them a place where compromises were not so critical because the people who were likely to buy them were willing to put up with them. A 17-inch laptop that weighed 6 or 7 pounds was not a deal breaker, because if you needed a screen that big or a laptop that powerful, you were willing to accept the compromise, and Apple knew that. They still know that.

The more I think about it, the more it makes sense to think of the 6 Plus in the same light as the 17-inch MacBook Pro. It’s objectively the best iPhone in several, non-trivial areas: it has a better camera, a better display and it gets better battery life. It’s also the most expensive iPhone and, like the 17-inch MacBook Pro, it’s a device that compromises in several ways. The display, while being better than the 4.7-inch model’s, is still a compromise in that it’s not a full native-resolution display. The fact that it still looks gorgeous even with the downscaling is a testament to Apple’s design skills. They certainly know where to compromise, but it’s a compromise nonetheless. Similarly, the protruding camera lens also feels like a compromise —admittedly, a minor one—. And judging from several reports and reviews, it looks like the GPU could use some more headroom to push all those pixels around.2

The iPhone 6 Plus is an excellent iPhone, but I get the feeling it’s not the iPhone Apple wanted to build. It’s simply the one they could build within today’s technological and economic constraints. In that sense it also reminds me of the 3rd-generation iPad. It’s still an amazing device for many purposes, but if you want a no-compromise design, the iPhone 6 Plus isn’t there yet.

Does this matter? For the vast majority of potential buyers, I’d say no. If you want an iPhone 6 Plus, you already know it, and none of this should matter enough to change that. If you’re on the fence, though, I’d suggest giving it another year before making the jump.

I’m pretty sure that, unlike the MacBook Pros, Apple internally considers the 4.7-inch iPhone to be both the flagship model and the current mainstream model. This economic anomaly, where a higher priced device —compared to the iPhone 5S— sells in higher volumes than a cheaper one, is mainly sustained by subsidized pricing, which masks the price difference to push people to buy the newer, more expensive device along with higher-capacity data plans. However, in a world where full, unsubsidized price was the norm, I think the iPhone lineup would look a lot more like the MacBook Pro lineup of yesteryear:

I’d be surprised if Apple thought the 6 Plus would take the world by storm and instantly become the best-selling iPhone. They know what they have on their hands, and they know how to play it. Which is exactly what they’re doing. That’s why the iPhone 6 Plus is way more supply-constrained than the 4.7-inch iPhone 6. It makes all the sense in the world for Apple to push its suppliers and manufacturing partners as hard as they can to ensure that the 4.7-inch model remains widely available throughout the holiday season. In the case of the 6 Plus, though, it doesn’t matter as much, because those sales aren’t going anywhere.

In 1947 Life Magazine asked some famous comic strip artists to to draw their famous characters while wearing a blindfold. The results are interesting.

It definitely gives a new meaning to the phrase: “I could do that with my eyes closed”.

The Last Roll is a great short film about the end of slide film development:

At the end of February 2014, Orms, one of the most well known professional photography stores and film processors in Cape Town, stopped processing slide film (called the E6 process). Two photographers were asked to use the last few rolls of slide film to be processed here. While there, we met another photographer who only shot on slide film. This is their story about the end of slide film.

These images are breathtaking. 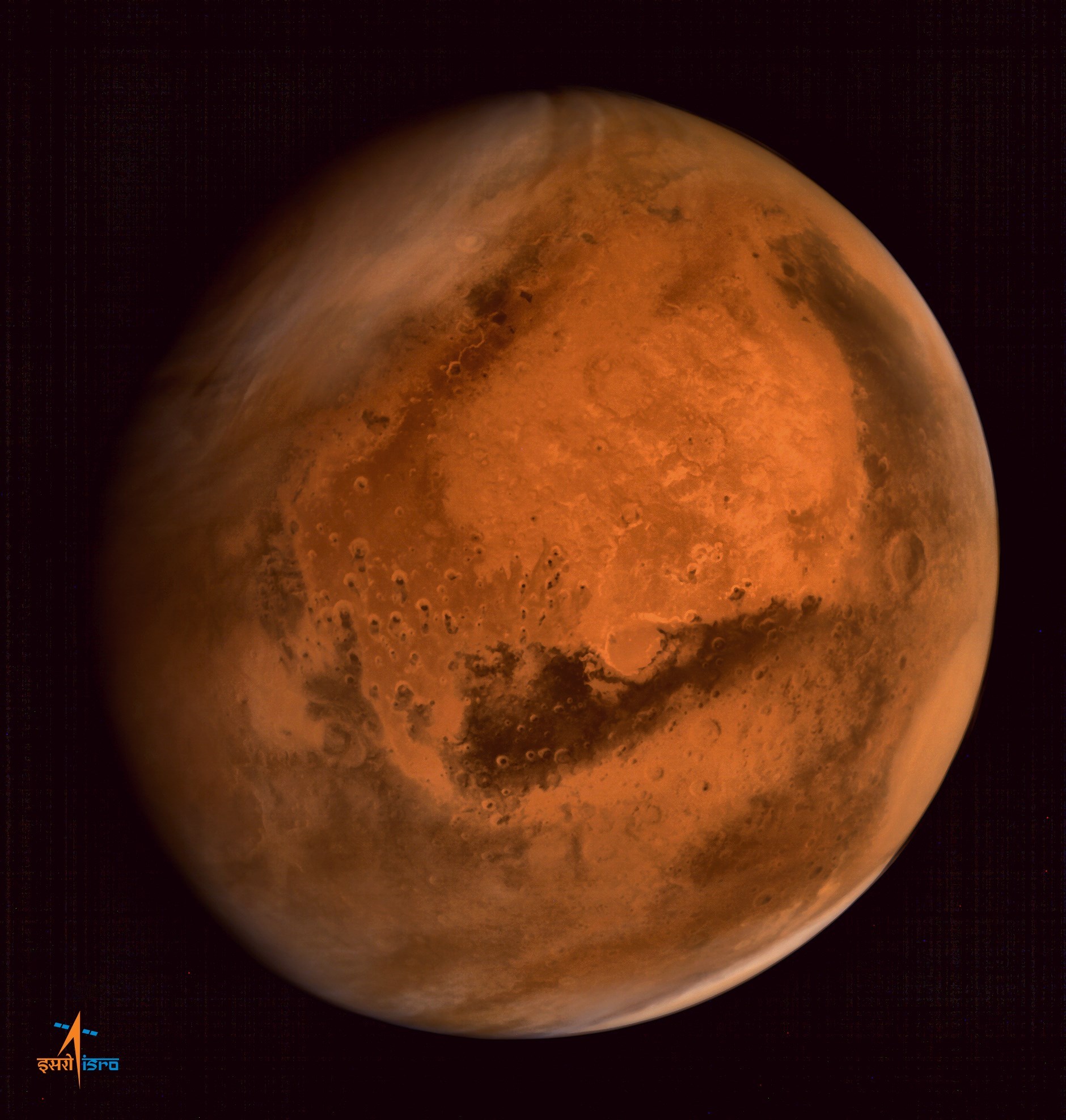 I start my new job as a developer at the Omni Group today. You already know them and their wonderful products, and I’ve expressed my admiration for them here on my blog many times.

But, before I talk about how I’m excited for this new job, I’ll reassure Vesper users: Vesper will continue, and I will continue as its developer.

It seems like it’s great news for everyone. Best of luck to Brent in his new adventure.

In reality, RIM was much more than three years behind iOS (and, later, Android). Depending on whom we listen to, the 2007 iPhone didn’t just stand on a modern (if incomplete) OS, it stood on 3 to 5 years of development, of trial and error.

BlackBerry had lost the software battle before it could even be fought.

All other factors that are invoked in explaining BlackBerry’s fall — company culture, hardware misdirections, loss of engineering talent — pale compared to the fundamentally unwinnable software battle. Continuing with the borderline-creepy coincidences, today I came across this interview, and the moment could not be better. I’m just coming off binge-watching Joss Whedon’s excellent but short-lived TV series, Firefly, and its movie sequel, Serenity:

Is there, and this is a weird thing to say, but is there a trap to being typecast as awesome?

[Laughs] I don’t know. “Typecast as awesome.” Am I? You look at Malcolm Reynolds, that guy was pretty awesome. Not because he was super and unstoppable; he lost all the time. His victories were tiny. And he’ll take ’em. It took very little to make that guy happy. As long as he was sticking it to the right guy, and walking away with being able to walk, he was cool.

As soon as I watched the pilot, Malcolm Reynolds instantly became one of my favorite fictional characters of all time. It’s extremely rare to see a character so well established, so deep-layered and complex, and yet so relatable in every way.

I always liked Fillion well enough, but his incredible performances on Firefly and Serenity have made me appreciate him as an actor on a whole different level. And judging from this interview —as well as numerous others I’ve seen over the years— he seems to be a pretty decent human being, too.

The point is, if you’re a Netflix subscriber—or an Amazon Prime customer, for that matter—you are binge-watching in a Barcalounger in a rumpus room built on shifting sands. If your service and the owner of the content can’t come to an agreement, if some competitor swoops in offering more money for exclusive rights, you’re out of luck. The rug can, and will, be pulled out from under you.

He has a point. I have a Spotify subscription and every time I come across an album or a song I like, I buy it so that I can own it forever. As far as video goes, there are currently no streaming video services operating in Spain, but if there was one, I’d probably approach it with the same strategy. I don’t like surprises when it comes to my digital media collection.

I also happen to have a totally redundant and unnecessarily excessive backup strategy for my media files, but that’s a story for another day.