Much like we did on Day Two, we kickstarted day three with a substantial breakfast at our hotel. I really love having breakfast when I’m on vacation, and I always try to taste as many different things as I can from the buffet. I particularly enjoyed the scrambled eggs here, which were served straight out of the pan and were absolutely delicious.

Clearly, having a proper breakfast was the right call, as we had a long day ahead and we were hoping to make the most of it. We started off by grabbing two bicycles from the Velib’ station right in front of the hotel. The previous day we walked too much and ended up completely exhausted, so this time around we tried to save some energy by using public transport whenever possible.

Our first stop of the day was to be the mythical Tour Eiffel. We rode our bikes along the Seine for a while, until we eventually reached Champ de Mars. We didn’t have any problem finding a spot to leave the bicycles, which is a rarity in central Paris. Almost every Velib’ station we saw around the Louvre, for example, was completely full of bicycles, and finding an empty slot is never an easy task.

Once we got rid of the bicycles we stayed close to the tower for a while. The Eiffel tower is the place in Paris to take pictures, so there were plenty of tourists hanging around, and also plenty of people waiting in line to go up to the top. We would have liked to go up ourselves, but unfortunately the top deck was closed due to poor weather and almost zero visibility. We also didn’t really want to queue up for hours just to go up to the first deck, so we left after a few minutes.

After that, we went to Place du Trocadéro, where the Palais de Chaillot is located. There’s a great vantage point there from which you can take wonderful pictures of the Eiffel tower, so we spent a few minutes there playing around with the camera, too.

Then we went to Le Grenier à Pommes, a nearby crêperie where we enjoyed a fine meal, and walked along Avenue Kléber until we eventually reached the Arc de Triomphe, another one of the most recognizable monuments in Paris.

The Arc de Triomphe sits at the center of twelve radiating avenues, the most famous of which is, of course, the Champs-Élysées, which runs to the east until Place de la Concorde.

The Arc de Triomphe also marks the center of the Axe historique, a line of monuments, buildings and thoroughfares that extends from the Louvre to the west, all the way up to La Grande Arche de la Défense. So very French, is it not?

Ready to defy the quickly worsening weather, we decided to get up to the top of the Arc de Triomphe to better appreciate the view. After waiting in line for about 30 minutes and climbing up a seemingly endless winding staircase, we finally got there and truth be told, it was well worth the effort.

Unfortunately, by the time we reached the top it was already dark and it had started raining, so it wasn’t as great an experience as we had hoped. Besides, my picture-taking obsession was already testing the limits of Miriam’s patience, so after a short while at the top, we climbed all the way back down, headed into the nearest Metro station and went back to the hotel for a tactical break.

Since we hadn’t gotten too tired that day, the night presented another opportunity to explore, which we gladly seized. We made a dinner reservation at Les Tantes Jeanne, a wonderfully elegant restaurant in Montmartre that specializes in meat. The plan was to enjoy a nice dinner and then take a walk around Montmartre and perhaps have a drink or two.

We dressed up a bit in order to fit in with the restaurant’s classy clientele — not that we normally wouldn’t, of course — and went there at about 22:30 which, as it turns out, is a bit on the late side for dinner in Paris. We were welcomed by the maître, who was was so knowledgeable about everything that he must surely spend his evenings teaching advanced String Theory while solving a Rubik’s cube with his feet.

Luckily, the food itself was just as well prepared as the maître, and everything we ordered turned out to be spectacularly great. I had the carré d’agneau, and Miriam had the magret de canard, both of which were cooked to perfection. We also shared a nice bottle of Bourgogne and finished the meal with a café noisette, as one does in these places. The only thing I didn’t like about that dinner is that it ended way too soon.

Then, with our bellies successfully packed with exquisite French food, we took a brief walk to see the famous Moulin Rouge, which was very close. The Moulin Rouge is a surreal place, one that must be visited at night in order to witness the full experience.

After that, we thought about having a drink but it was already too late and we wanted to come back to Montmartre the next morning anyway, so we decided to call it a night.

All in all, this was a great day, but there was still more to come. 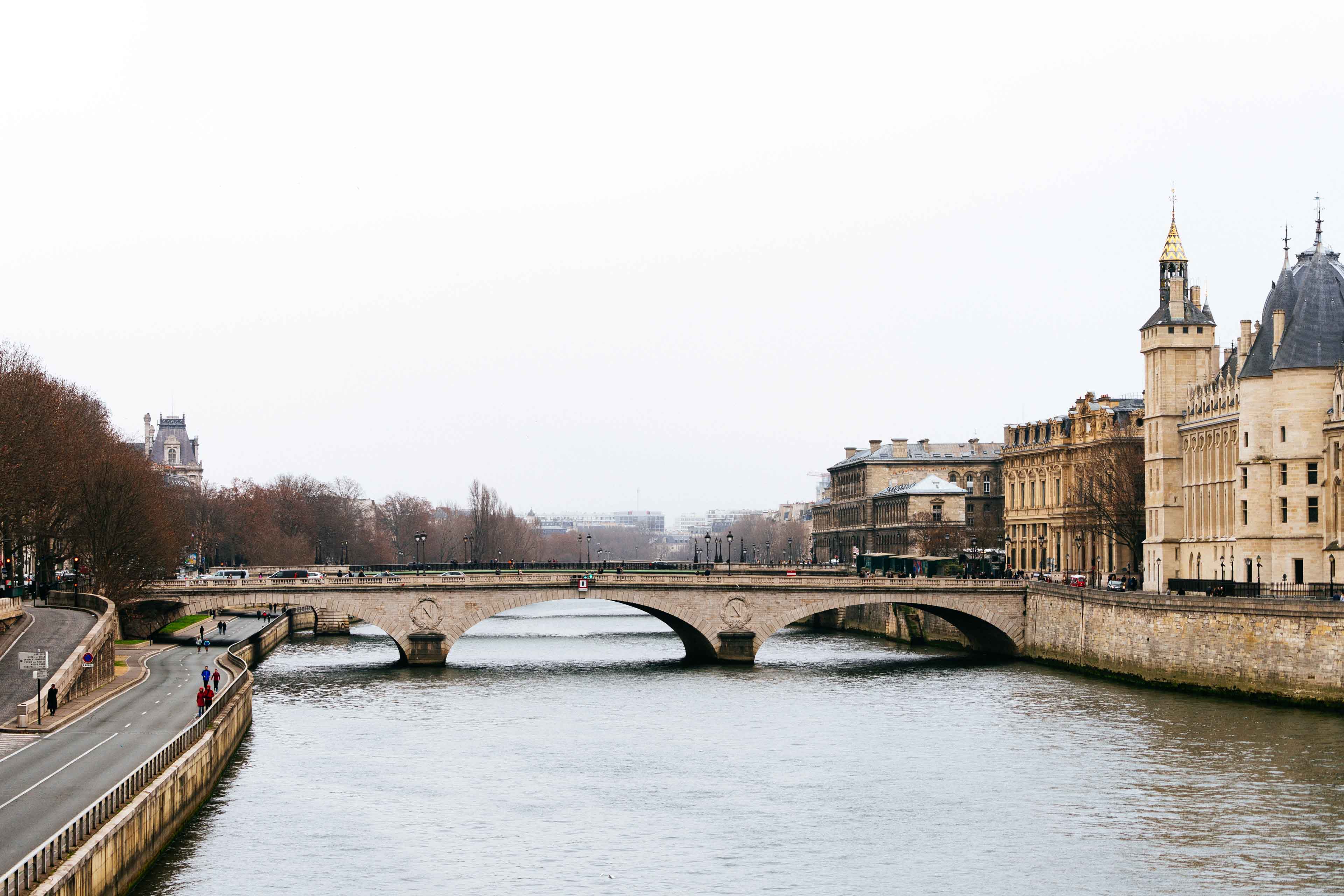 Day two started with a walk across Pont Neuf and up to Notre Dame, followed by lunch in the Latin Quartier. We then took a stroll around Musée du Louvre, Jardin des Tuileries, Place de la Concorde, and L’église de la Madeleine. 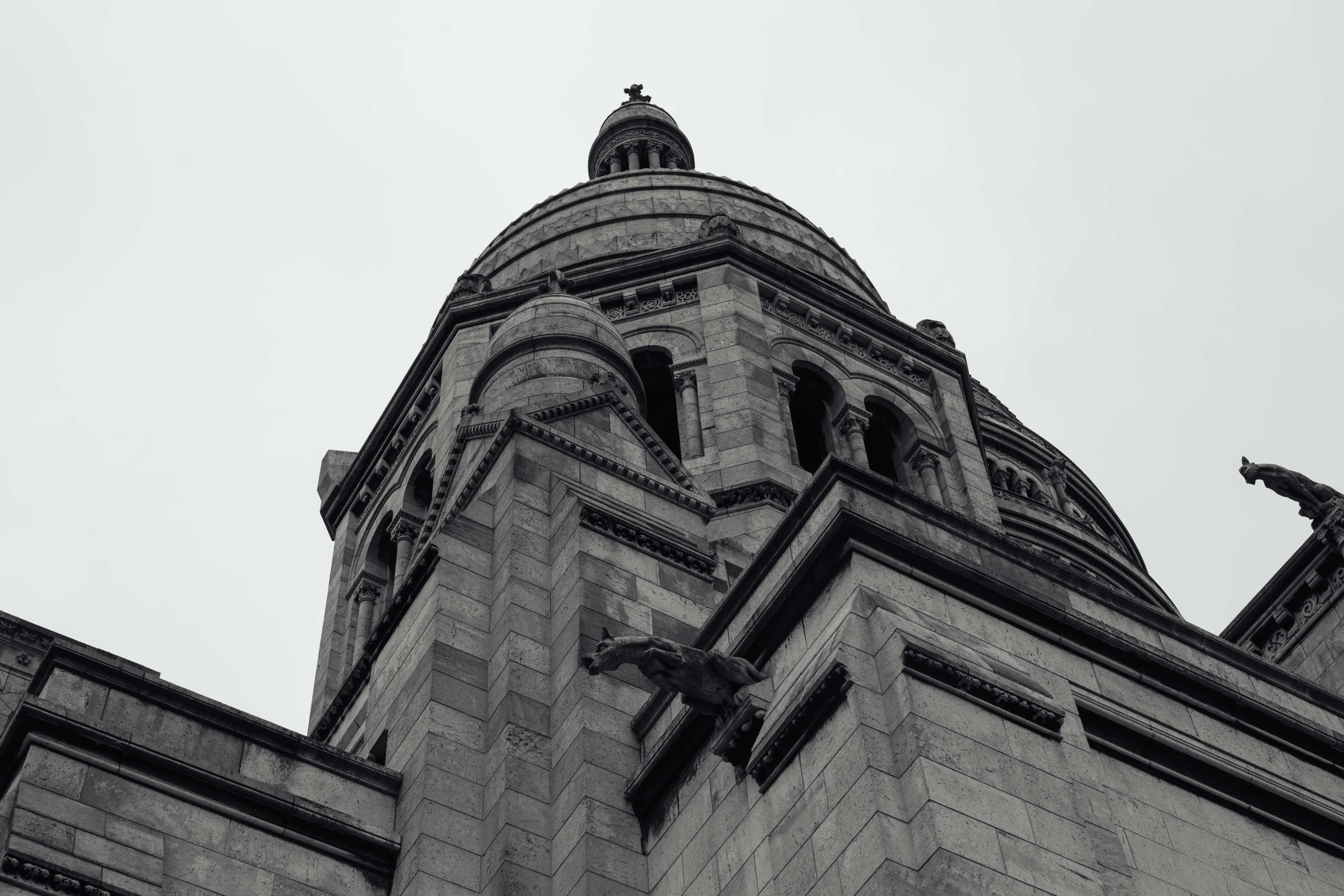 On our last day we walked a bit more around Montmartre and climbed up the famous hill to visit the Sacré-Cœur.