This was a rough week for all American citizens. Another senseless murder was committed, and there are no words to express my indignation and sadness. My thoughts are with those who have been touched by this tragedy. I hope justice is made and steps are taken to ensure such heinous acts can never happen again.

Understandably, the Charleston tragedy has influenced much of this week’s writing and online discourse, with many people arguing over whether this act deserves the qualification of terrorism. There’s no doubt in my mind that it does. Sadly, like all Spanish people, I’m well acquainted with the notion of domestic terrorism and this is exactly what it looks and feels like.

I realize this is a deeply sensitive matter, so I’ll leave it at that out of respect for the victims, their families and all the American people. Like I said, my thoughts are with all of you. I hope you find the courage to rise again, stronger, better and more united than ever.

On a much brighter note, there were plenty of interesting things to talk and write about this week. One such thing was of course the E3 expo, which was jam-packed with cool announcements this year, including several much-awaited releases and some very surprising new ones. The gaming industry is thriving, despite the damage a few misguided individuals keep inflicting upon it.

In the Apple sphere, things were relatively quiet in the wake of WWDC, with many tech writers still coming to terms with Apple’s new announcements. In typical post-WWDC fashion, we saw a few recap articles, as well as in-depth overviews of Apple’s new operating systems. However, the biggest Apple-related news item of the week was probably the Indiana University whitepaper that detailed a series of potentially very serious vulnerabilities found in iOS and OS X. But more on that later. Other than that though, the news stream seemed to give us a much needed break this time around.

And of course, Donald Trump once again said he’s running for President. Because why the hell not.

Anyway, another week, another issue of Morning Coffee, and we’re on to the third one. Time seems to be flying these days.

Issue #3: on bad faith, politics in the face of terror, sexism and violence in movies, Federer’s greatness, and personal writing

Get ready for some deeply personal pieces this week, which I just love. These are not a product of the ever turning wheel of news, but are instead born of reflection and self-discovery. These are the meaningful pieces we should all be trying to write, and I look forward to them every week.

Nick Arnott tells you everything you need to know about the recently discovered vulnerabilities in iOS and OS X. Nick really outdid himself here, as did the entire iMore team during the week. Kudos to them on a terrific job.

Apple Watch: My most personal review ever | Jim Dalrymple →

Just like it says on the tin. I love Jim’s reviews, but it’s true that he rarely ever delves into personal territory. This time around though, he did it big time. Jim’s been taking better care of himself and, thanks to the Health app and the Apple Watch, he’s managed to lose over 40 pounds over the past 10 months. That’s an incredible achievement and I’m really glad he decided to share the experience with us, because it will surely help many others who are still struggling to adopt a healthier lifestyle. More like this, please.

As a general rule, I try to use my gear until it breaks or it’s not really usable anymore. My main Mac is over seven years old, and my secondary Mac isn’t far behind at five. I lasted three and a half years with an iPhone 3G. Yes, I know. Like a caveman.

I don’t like to upgrade my devices if there’s not a compelling reason to do so. And no, “the new one is cooler” doesn’t really count.

That said, there always comes a time when upgrading becomes a necessity rather than a luxury, and these rules by Adrian Kingsley-Hughes provide a useful reference to help identify those times. I may not personally adhere to all of Adrian’s rules, but they’re a good place to start.

Charleston and the age of Obama | David Remnick →

David Remnick, writing for The New Yorker, provides some context on the Charleston massacre and its relation to America’s history of racial violence. A must-read.

David Cain does it again:

As soon as I learned about the concept of bad faith, I started noticing that I am guilty of it all the time. I might delay on a worthwhile-but-nerve-wracking phone call until it’s no longer an option to make, and tell myself the opportunity slipped through my fingers accidentally. I might pretend I didn’t hear a critical comment so that I didn’t have to decide how to respond to it. I often tell myself I can’t do any worthwhile work unless I have two uninterrupted hours to do it in.

Personal freedom can be downright terrifying, and that’s why we make excuses. Being aware of the process is the first step towards finding a way out.

Why freelancers are so depressed | Anya Kamenetz →

Great piece over at Fast Company on the unique challenges of self-employment. Food for thought.

People power: the secret to Montreal’s success as a bike-friendly city | Peter Walker →

Over at The Guardian, Peter Walker tells the fascinating story of how Montreal’s own citizens were responsible for creating a strong bicycle culture despite facing many external difficulties. I particularly loved the bit about Robert Silverman, also known as “Bicycle Bob”:

Now 81, he was among the founding members of Le Monde à Bicyclette in 1975, a loose collection of mainly artists, activists and anarchists who, styling themselves the “poetic velo-rutionary tendency”, pioneered many of the direct action tactics common to modern protest movements.

I quite enjoyed Jurassic World when I saw it on Tuesday, although admittedly I was wildly predisposed to love the film long before entering the theater. Much of that has to do with the indelible impression of sheer awe that the original Jurassic Park left on my ten-year-old self over two decades ago. However, after the initial rush of adrenaline wore off, I started to realize Jurassic World doesn’t hold up nearly as well as the original under scrutiny.

Apart from several dumb plot choices that I was happy to rationalize within the context of the film — any excuse to see raptors hunting, really — there’s a big sexism problem going on here, and it’s especially unfortunate in a franchise that has always featured strong female characters that often kicked as much ass — if not more — than their male counterparts. Lesley Coffin does a great job of calling the makers of Jurassic World out on this specific issue, and it’s a sobering piece that adds some much-needed perspective for those who, like myself, sometimes fail to notice these problems in movies.

Violence has been one of the most important themes throughout Martin Scorsese’s entire career as a director. In this piece for The New Yorker, Richard Brody analyzes the filmmaker’s take on violence through the lens of one of his most acclaimed films, “GoodFellas”. It’s probably not what you expect.

Probably one of the best pieces I’ve read on Federer’s stature and relevance in the sporting world beyond tennis. And I’ve read a lot.

This is a fantastic article, and a very useful resource for anyone who writes, either as a hobby or for a living. Read the whole thing, give it some time to sink in, then read it again. So great.

Have you ever wondered how your city is perceived by tourists? Do you know all there is to know about the place you live in, and its history? Josh Ginter takes a stroll around Winnipeg and reflects on his province and the people who live in it. I really enjoyed this honest, personal piece.

Flying with my dad | Jason Kottke →

I love Jason’s take on life and parenthood. What a beautiful story.

A journey through darkness into moments of bliss | Erin Brooks →

In another deeply personal article, Erin Brooks shows us a very different — but similarly authentic — take on parenthood. It takes a huge amount of courage to write something like this, so I won’t spoil it for you. Thanks for sharing, Erin.

It was a week of great writing, and what better way to celebrate it than by curling up in your favorite couch with a hot beverage. My coffee is already gone, but that just means I have to start thinking about the next cup.

It was also an intense week for me, personally, with some quality writing time that I hadn’t managed to find in what felt like ages. It feels great to once again be able to write without distractions for hours, and now that I’m starting to get into a rhythm I have no intention of taking my foot off the gas.

A few days ago I wrote a piece about sharing pictures from your dedicated camera on Instagram. It’s something I’ve been doing more and more often these days and I find it irksome that the process is a lot more cumbersome that it needs to be. I realize Instagram was designed with a different purpose in mind, but the service has become so popular that they really need to start making some changes to reflect the way people are actually using it.

I’m also looking forward to next week. Right now I’m hard at work on finishing up my next review for Tools & Toys, which will be about the Olympus 45mm f/1.8 Micro Four Thirds lens. This is one of my favorite pieces of gear and I was really looking forward to reviewing it.

Since it’s a portrait lens, I arranged a session with Sara, one of the models from my photography course, to illustrate the review. I’m really happy with how it went, and I can’t wait to show you the end result. For now, I’ll just leave you with a small sample from the session. Consider it a teaser for Tuesday. 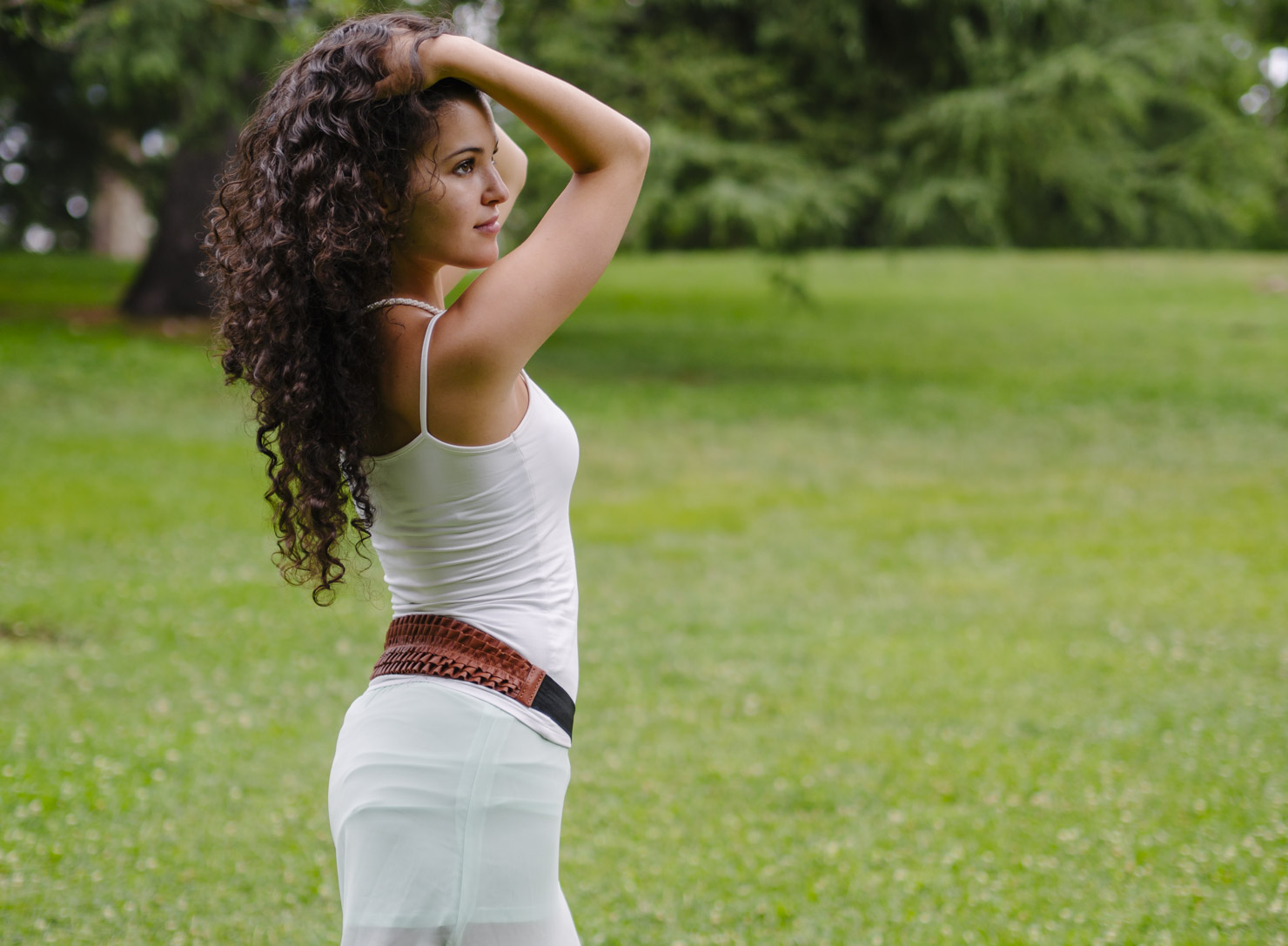 Now, If you’ll excuse me, I must get back to work and yes, you guessed it: that’s what the coffee is for.

Have a great weekend. 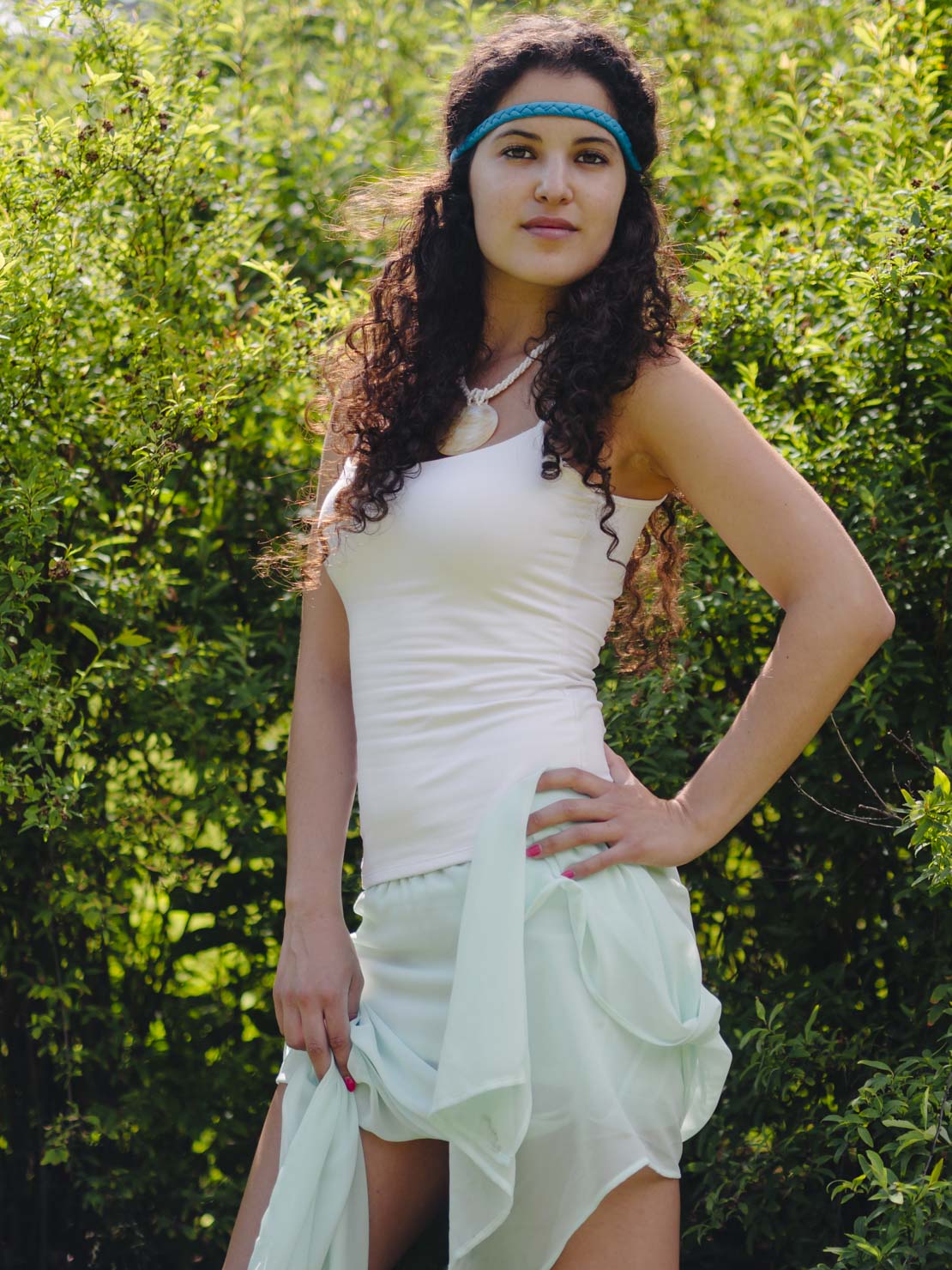