Richard J. Anderson published a very interesting essay today on how in certain online circles, particularly in the tech community, we geeks tend to over-emphasize the importance of owning high-end items like fancy cameras and the like, to the detriment of other perfectly adequate alternatives:

There’s nothing wrong with liking the crazy, fancy stuff us geeks like. We can’t control our obsessions, but we can control how we communicate them to others. Smug superiority gets us nowhere. The elitism that too often creeps into any discussion of our obsessions is maddening to hear, even by some of us who share the obsession.

He makes a great point, and it’s true that there’s a lot of misplaced “ownership pride” in our online community and sometimes, unfortunately, there’s not enough common sense to recognize that for many, many people, having the fanciest camera or the latest iPhone is little more than a waste of perfectly good money.

He also makes a great point on the matter of taste:

In response, for geeks “better” is about less quantifiable things, like taste. While I’m probably the last person who would recommend a Samsung phone, I’m not about to bash the taste of a Samsung owner. When certain tech pundits—Jim Dalrymple and John Gruber especially—start calling people who buy certain products idiots, or claiming a covered micro-USB port on the back of a smartwatch is a mark of bad taste, they’re losing the thread. It’s not that Samsung customers are idiots, or the designer of the Sony Smartwatch has no taste, it’s that their priorities are in a different place.

Agreed. The differences between an iPhone and a high-end Android phone today are largely a matter of personal preference and yes, taste. I also agree that dismissing a rather large group of customers who keep buying — and loving — their Samsung phones as being tasteless is not particularly constructive, or even rational.

Today, both smartphone platforms are excellent and while I still prefer the iPhone, I have no qualms about recommending an Android phone to somebody with a different set of priorities than mine. Heck, there are actually several cool features I wish the iPhone had that are commonplace in Android, so it’s not like there’s a universal, objective criterium by which the iPhone is unquestionably better.

So in general I agree with Richard, and I quite enjoyed the essay. However, I do take issue with his use of cameras as an example, and I believe it’s a flawed argument in several ways:

When I see a piece on cameras, I just zone out, and it all becomes a sea of meaningless technical terms: mirrorless micro four-thirds full-frame DSLR with pancake lens at f/32 aperture… whatever. The camera on my iPhone 5S is more than good enough for the few photos I take of my life. I have to wonder if the geek obsession with high-end cameras is, in part, because point-and-shoot digital and smartphone cameras have become good enough for the average person.

I understand this completely, as I felt exactly the same way until just a year ago. In fact, for the two most important trips I’ve taken in my life — to Australia and Brazil — the only camera I took with me was my iPhone 4S. Think about that for a moment. This is a camera that is so grossly outdated by today’s standards that nobody in their right mind would recommend it as an acceptable choice for documenting a once-in-a-lifetime experience.

And yet, when I look at those pictures now I’m perfectly happy with them, and I recall the great moments I lived in those trips just fine. 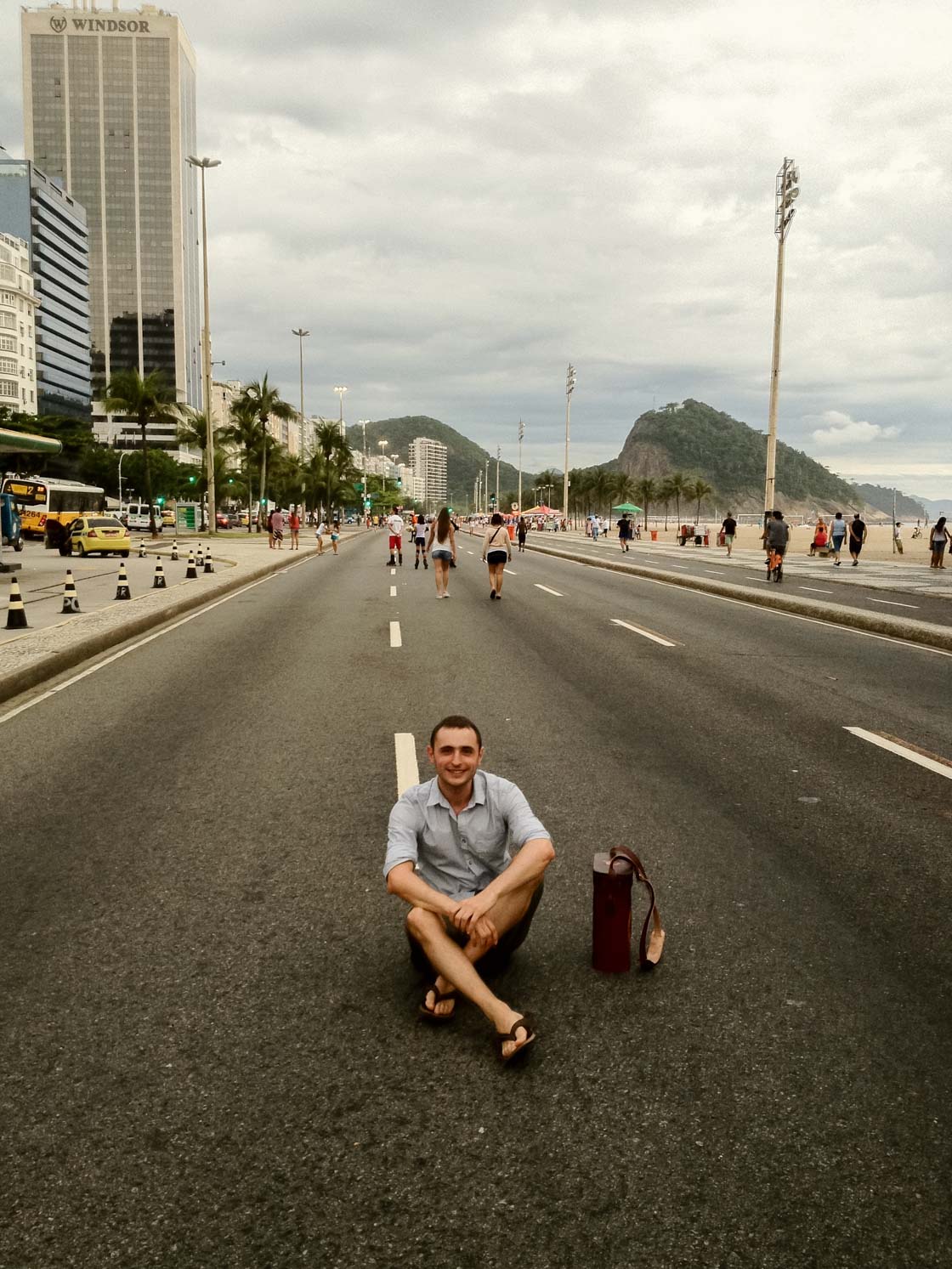 That said, if I were to take those trips today, would I take my iPhone 5S — a clearly superior model in every way — as my only camera? No way in hell.

It’s not that the iPhone camera isn’t good enough for documenting memories — it actually excels at that. I’m perfectly happy to capture moments with my phone, and in fact I do it every day. In a pinch or when an unexpected photo opportunity arises, a smartphone will do but when there’s time to think, compose and create an image, I rely on my camera. 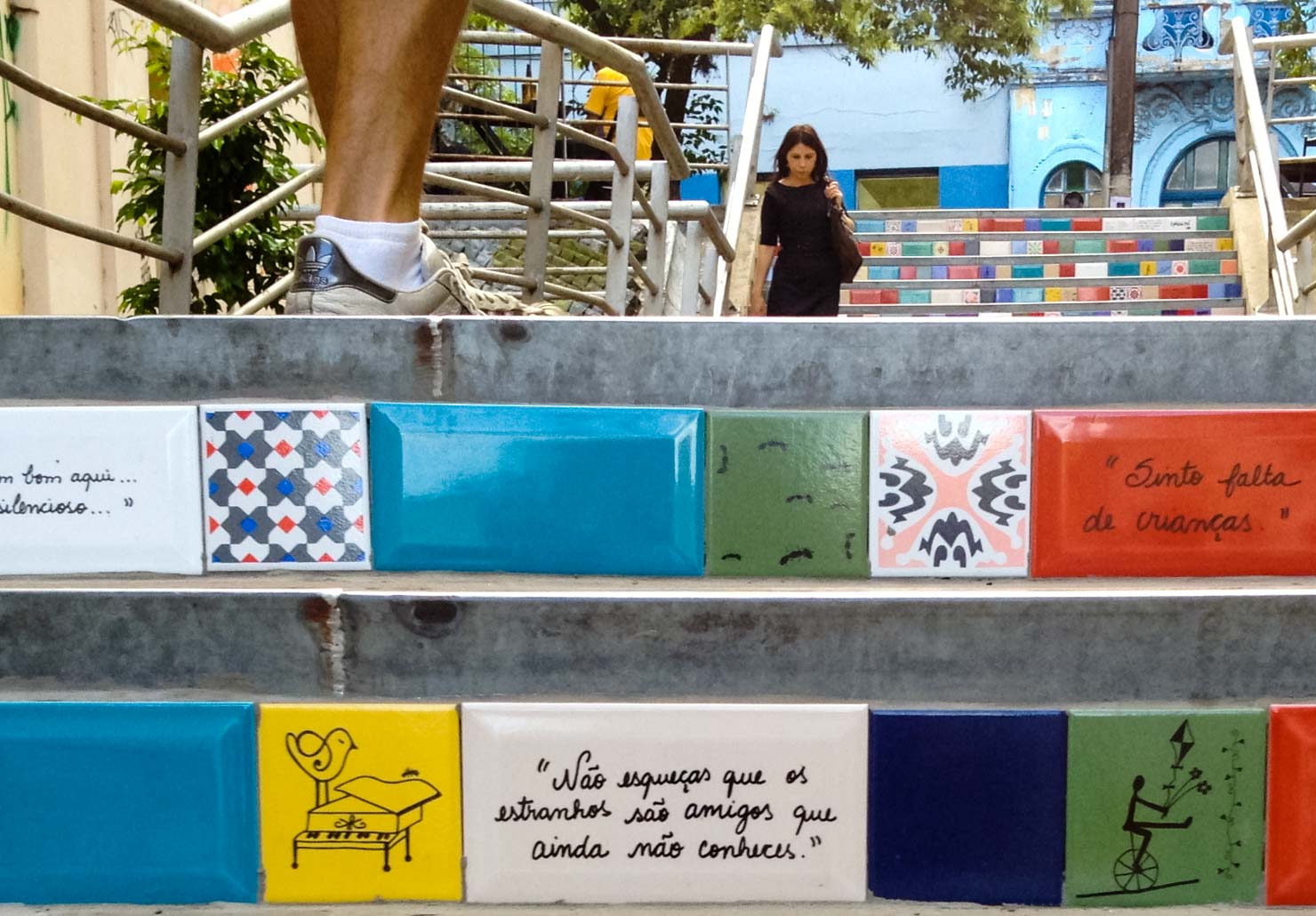 The reason for that is something I’ve discovered over these past twelve months. It’s actually the same reason why I sometimes obsess over fancy cameras and lenses on this very site: as it turns out, I love photography.

I don’t mean that the intensity with which I love photography somehow justifies my obsession, that it’s OK for me to do it because I love it more than you do. Nothing like that. What I mean is that I probably think of photography in a different way than you do. To me, a camera is not just a memory-making machine: it’s a creative tool. It’s not just about capturing moments, it’s about creating the images I see in my head, much like a painter creates an image on an empty canvas.

I love photography as a creative outlet. Using the right tools, the tools that give you control over the end result, is an absolutely essential part of the creative process, and that is true for any creative discipline, including photography. Unfortunately when you’re talking about tools, going into technical details is sometimes inevitable.

But that doesn’t mean it has to be “the best” camera, either. All it takes is a minimum of manual controls — ISO, aperture and shutter speed — and, depending on your preference as a photographer, the possibility to use interchangeable lenses. That’s it.

My Olympus E-M10 was never the best camera in the market in any measurable way: it isn’t the fastest, nor the best built. It doesn’t have the largest sensor, or the best low-light performance. But it does have the right combination of features for my skill level, it allows me to pursue my creative goals, and I couldn’t be happier with it.

As for regretting the future quality of your pictures, there’s also something else I disagree with:

When I read articles defending the purchase of fancy cameras, there’s a recurring mantra of “you’ll regret it when your kids grow up and all you have are cell phone pictures.” I don’t know about other people in my age group, but I remember growing up with albums of badly exposed 35mm prints from point-and-shoot film cameras. My parents didn’t mind, and I doubt the parents of most other people my age minded either.

As I said above, I’m still perfectly happy with the many pictures I took with my iPhone 4S as my main camera, and I believe he’s correct that this “you’ll regret it later” argument is deeply flawed. Unfortunately though, I can’t help but feel this example is flawed, as well.

As far as “badly exposed” images go well, that’s unfortunately a matter of the human operating the camera. But beyond that, the comparison is flawed because 35mm film cameras from 30 years ago, even point and shoots, offered much better performance than any smartphone available today — and they still do.

Granted, if you look at some 30-year-old prints today, most of them will look like crap. The cheap prints that were typically done in bulk 30 years ago left much to be desired in terms of quality, but if you were to redo those prints using a high-end optical printer, or scan those same 30-year-old negatives today, you’d be surprised at the amount of detail that’s in there.1

Photography reached the pinnacle of optical performance sometime in the late 1980’s or early 1990’s and the industry has mostly been reinventing itself since the switch to digital. Even today we’re still playing catch-up to what medium format film has been able to do for over 40 years. Heck, some of the best pictures I’ve ever taken were shot with a 34-year-old, fully manual 35mm film camera, and I wouldn’t trade it for a smartphone in a million years. 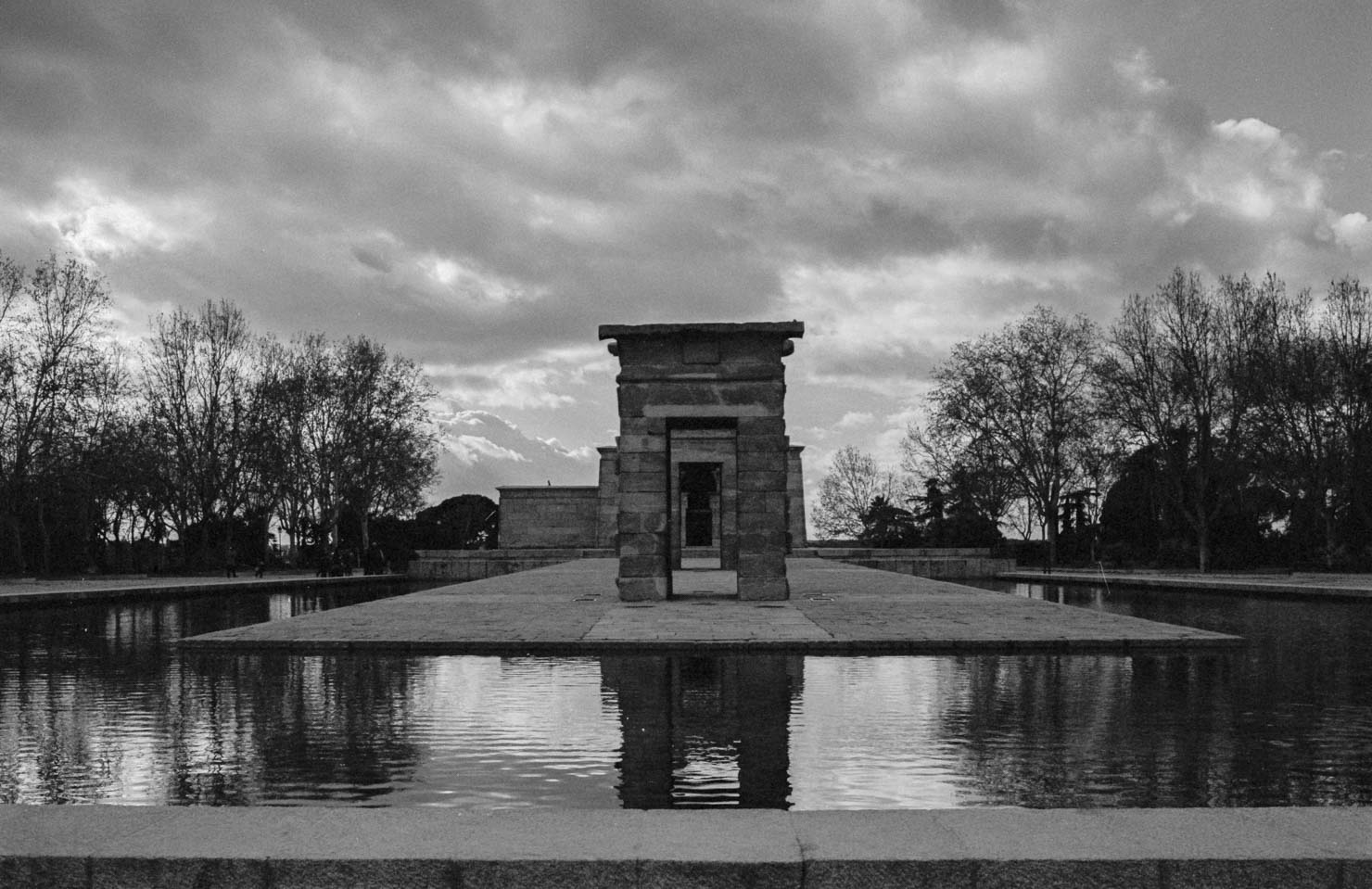 That said, would I criticize someone for believing their smartphone camera is good enough for their needs? Absolutely not. But if they enjoy taking pictures and the creative process that goes with it, I wouldn’t tell them that there’s no point in ever buying a dedicated camera, either. And I certainly wouldn’t tell them that their smartphone camera won’t limit their creativity in any way, because those things are simply not true.

Smartphone cameras have become incredibly capable in the last few years, but they’ll never be able to get around the optical laws of physics, and photography is an area of life where size truly matters. Sensor size, to be precise. A 35mm film negative is the same size as the full frame sensors available in high-end professional DSLRs today. That size difference grants them a distinct set of advantages as far as performance and control over depth of field go that are simply impossible to achieve with a smaller sensor.

While it’s true that for the majority of people smartphones are an increasingly capable choice, there will always be plenty of legitimate reasons to buy a dedicated camera. And if you enjoy photography as a creative endeavor — beyond merely capturing memories for future reference — it not only makes perfect sense to invest in more capable tools, it’s actually indispensable.

Finally and as far as pissing contests go, I have no interest in those. Richard is right, and we should all try to keep other people’s values in mind instead of trying to impose our own. I’m well aware that most of the photography talk I do around here will be lost on many potential readers, and I’m perfectly OK with that, just as I’m OK with others disagreeing with me. I try not to judge anyone based on their choices as consumers — or anything else, for that matter — but if I’ve failed to do that here, I apologize. And if you’d like to share some of your own views on the matter with me, feel free to send them my way.