We’ve been very, very busy this year. Lots of new cameras and lenses were announced and we’ve seen tons of innovation this year across the industry overall. There have been many great products released this year in the photo world and we’re here with a massive roundup of the very best.

Interesting roundup. These are all great products, no doubt. However, keep in mind that this list only includes products that were reviewed by The Phoblographer in 2014. That means that, while being excellent, they’re not necessarily the ones you should spend your hard-earned money on.

There’s a marked tendency in the world of product reviews to praise the new and shiny over the slightly old. Usually, this approach works acceptably well: with newer technology come new features and enhancements that normally end up making for an overall better product. Everyone wins. However, it’s not always as cut and dried as that. Sometimes, a product is so good that it takes the competition a couple years — or more — to regroup and take a meaningful shot at it.

These are good times for photography enthusiasts. We’ve had a few exceptionally good years in a row now, with lots of fantastic releases from all companies. 2013 in particular was a remarkable year, with several product releases in the second half of the year that continue to lead their respective categories, even in the face of newer products from their competitors. 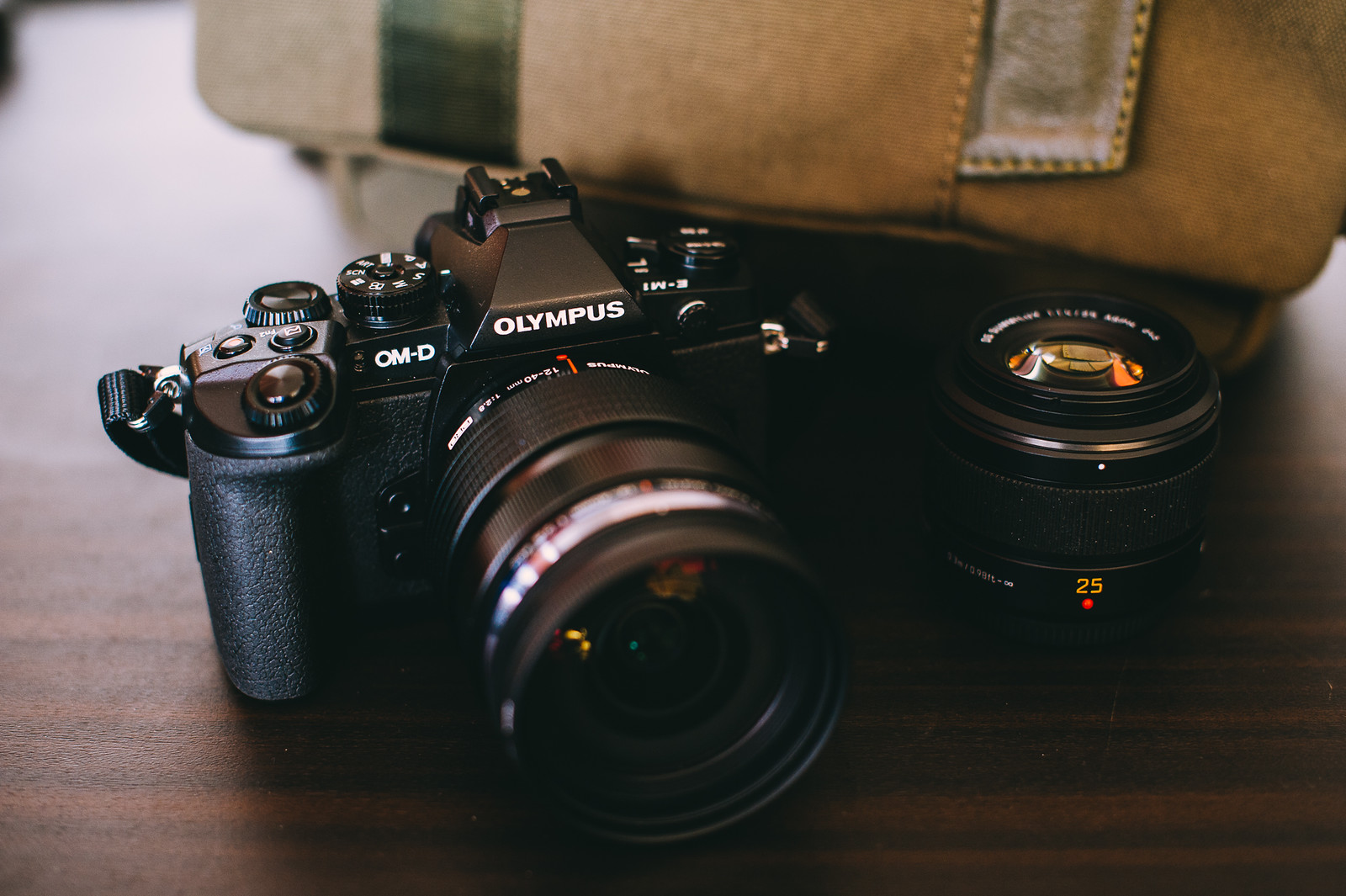 Such is the case of the excellent Olympus OM-D E-M1 Micro Four Thirds camera, for example. Released in September of 2013, it was a truly revolutionary product that put Micro Four Thirds cameras in the same league as high-end DSLR’s in terms of build quality and features for the first time. In fact, the E-M1 was the first camera that persuaded many professional photographers to give the Micro Four Thirds system a serious shot at becoming their preferred setup for high-paying jobs like weddings, product shots, travel photography, etc.

Today, the E-M1 may no longer be the flashy object of desire it was a year ago, but it definitely remains one of the strongest performers in its category. The Panasonic Lumix DMC-GH4 and the Fujifilm X-T1 — both released in 2014 — are currently its two main competitors. Both cameras received Editor’s Choice Awards from The Phoblographer, with the GH4 emerging as the winner in today’s list. Is the GH4, then, simply and obviously better than the year-old E-M1? 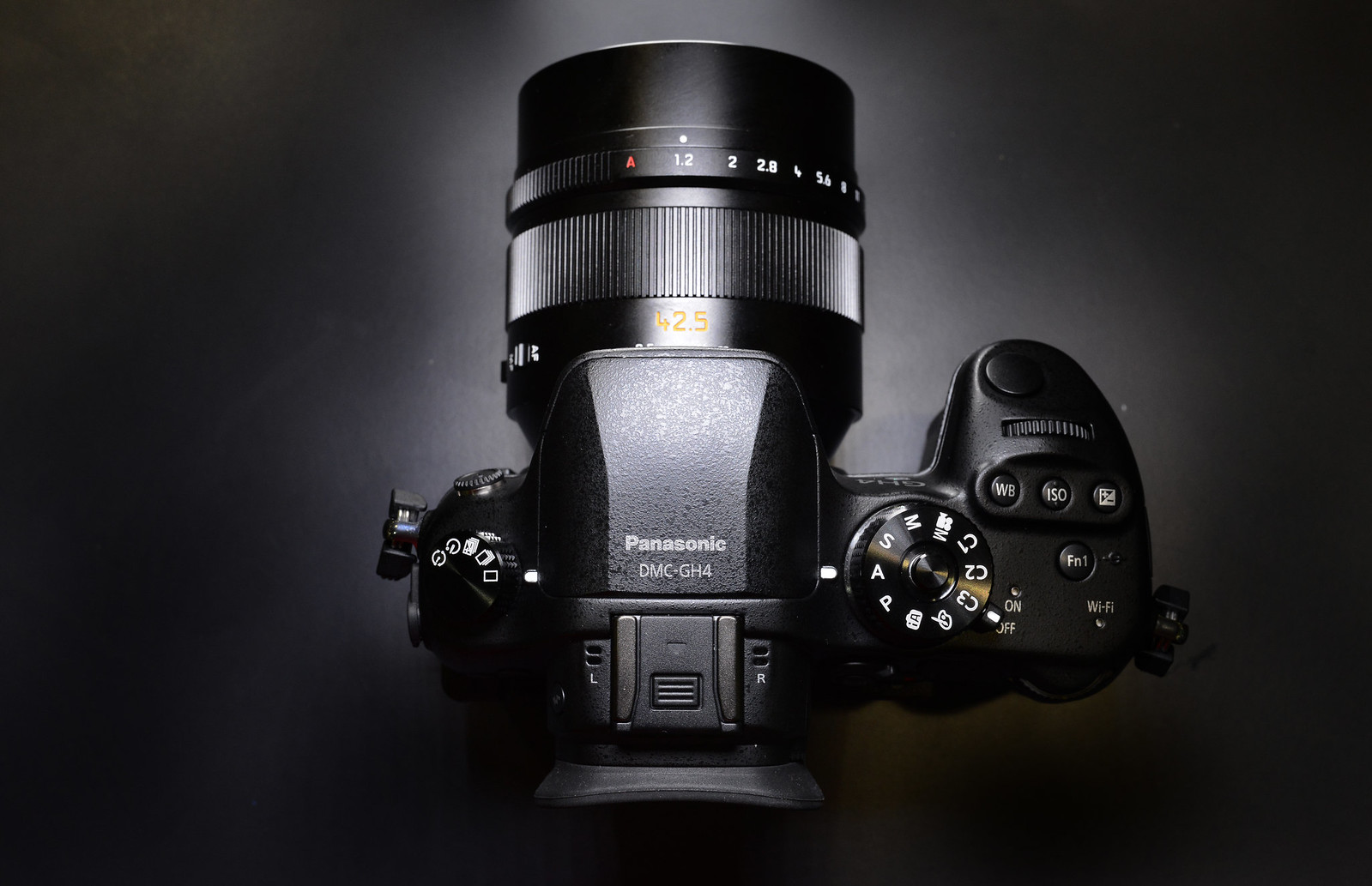 The truth is, it’s not so simple. Like the E-M1, both the GH4 and the X-T1 are also crop-sensor mirrorless cameras roughly in the same price segment, and they offer similar features. A comparison between all three is then quite reasonable — at least on paper — and the main thing we’d find is that unsurprisingly, each camera has its own particular strengths: 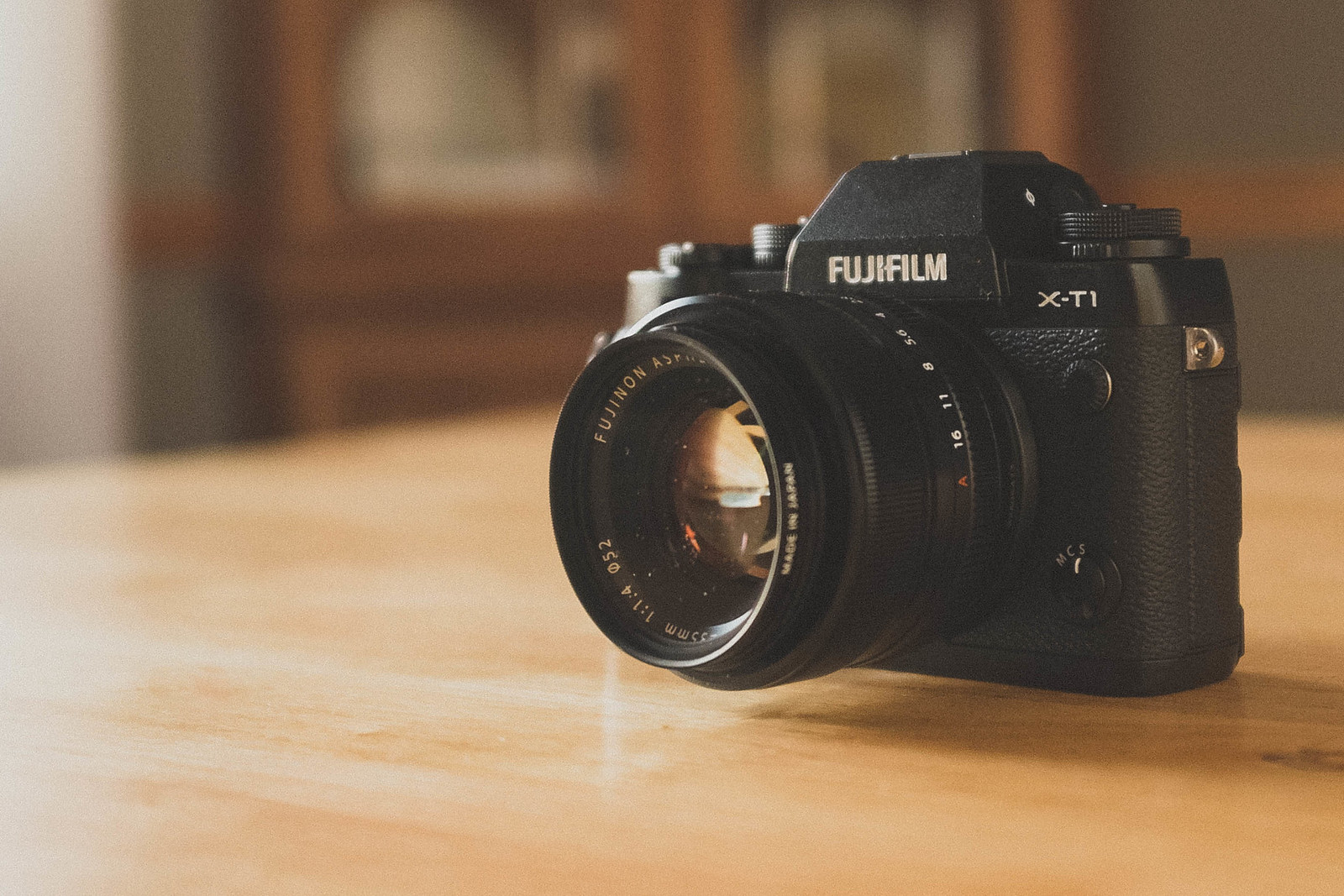 Each of these features is noteworthy enough to justify choosing one model over the others. But more importantly, each of these features is clearly aimed at a different type of user. So if you shoot tons of video, you’ll probably be better off with the GH4. If you shoot predominantly in low light and/or want the shallowest depth of field possible, you’ll likely be happier with the X-T1. If you shoot in rough weather or in unstable conditions, the E-M1 is the one that will suit you best. And if you do all of the above, well, you can always buy all three.2

The comparison game doesn’t end in the high-end mirrorless camera category, of course. If we go to a more mainstream price point, let’s say around $400-$800, it’s hard to argue that the Olympus OM-D E-M10 is not at least comparable to the Sony a6000 that is featured in The Phoblographer’s list. Once again, it will come down to a series of small technical differences between them, and which one better matches your particular style as a photographer.

All this without even getting into one of the most critical factors in every camera purchasing decision: the lens selection.

When you buy an interchangeable-lens camera, you’re actually buying into a system, and the lens selection available for that system will largely define what you’ll be able to do with it for many years to come. Before committing to a purchase, it is absolutely essential to become at least reasonably informed about which lenses are available for each system, their strengths and weaknesses, which focal lengths are best represented, the usual price points, the pace of new releases, etc.

In that regard, the Micro Four Thirds system has been leading the industry in the past few years with truly exceptional new lenses coming out every few months. This year, for example, the spectacular Panasonic Leica DG Nocticron 42.5mm f/1.2 was released. It’s featured on The Phoblographer’s list, of course, and it’s probably the most impressive lens released in 2014 in any category and for any system. It really is that good. So if you decided to go for a Micro Four Thirds camera — the E-M1 or the GH4 — this lens sounds like an obvious choice, doesn’t it? 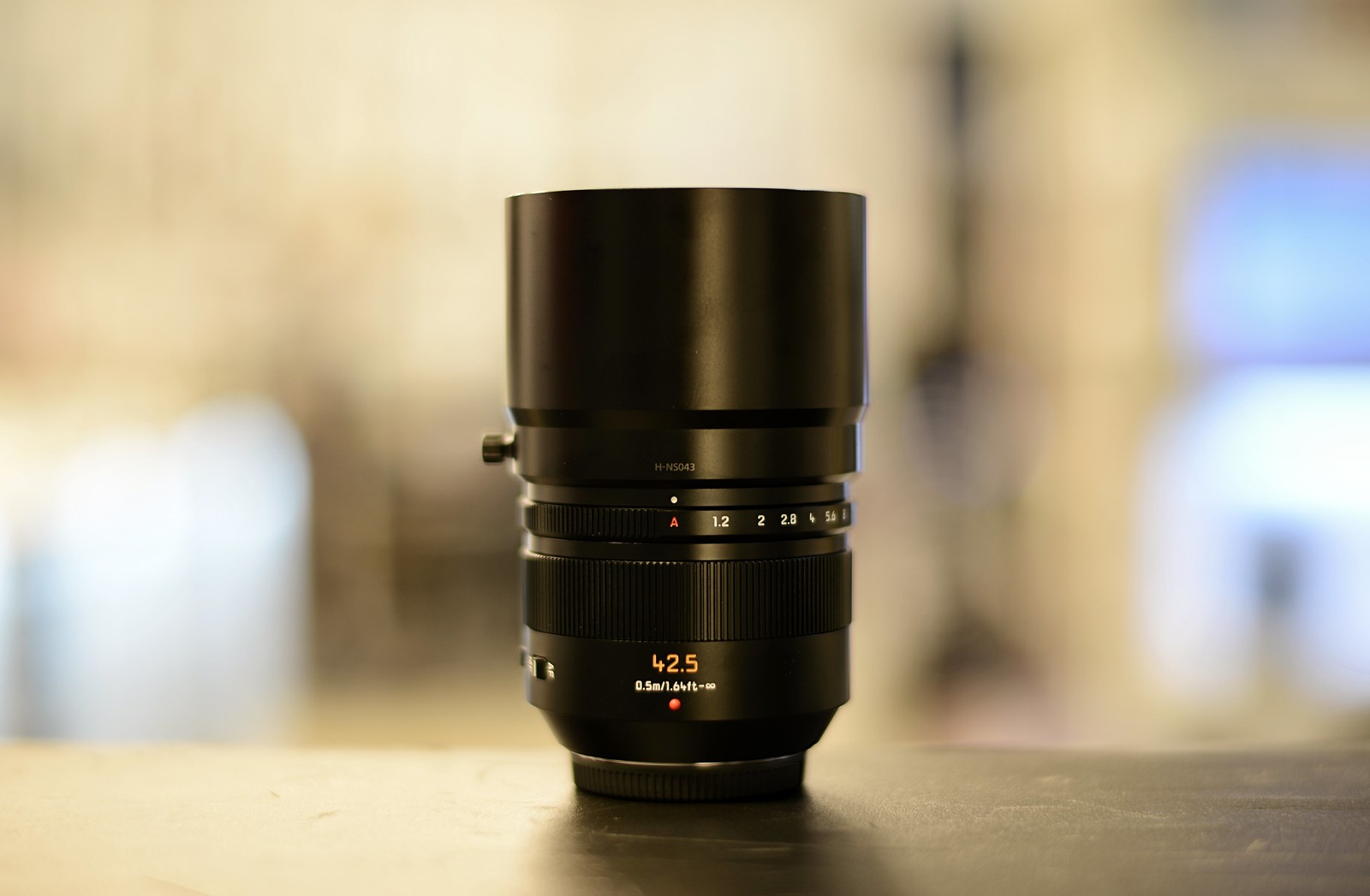 Not so fast. The Nocticron is, as I said, a truly spectacular lens, but if you want the fastest lens that money can buy in that focal length, you can do better: the Voigtlander Nokton 42.5mm f/0.95 is two-thirds of a stop faster and is an absolute beast of a lens, with a build quality that surpasses even that of the Nocticron. Besides, it’s such a unique lens that it’s arguably in a class of its own: manual-focus only, no image stabilization — which is not needed on Olympus bodies — and so hefty that it could double as a weapon. Seriously, the thing is tough. Not to mention that, while still pricey at $999, it is a full $500 cheaper than the Nocticron.

And, of course, if what you want is the lens that packs the most bang for the buck, it’s hard to beat the $257 price tag of the Olympus M. Zuiko 45mm f/1.8. I own this little gem and it’s one of my favorite lenses. There’s obviously a difference in quality between this lens and the other two, but the Olympus is already plenty sharp and fast for 99% of uses, I assure you. How important is that small extra bit of sharpness or micro-contrast to you? Is it really worth $1,200? And here’s the real kicker: you could buy the Voigtlander and the Olympus and still have $250 to spare. Not such an obvious choice after all, is it?

No matter how cool or how hyped a new product may be, new and exciting does not equal best. Not always, anyway.

With that in mind, it won’t be much of a surprise when I tell you that, in my opinion, “best products” lists are always to be taken with a football-sized grain of salt. New stuff is always awesome, but the slightly older stuff can be just as good, if not better. It’s also more likely to have dropped in price since it was released, and it will always be easier to find in used-but-good-as-new condition. You owe it to yourself to do your homework and figure these things out before springing up a considerable amount of money on something that’s perhaps not really the best option for you.

And once you’ve figured out what you want, you can buy it without regret and go on taking awesome pictures. At the end of the day, it’s the one thing that truly matters most.