Today I read The Phoblographer’s review of the Panasonic Leica DG Summilux 15mm f/1.7 lens for Micro Four Thirds. It’s a nice review as usual, and I quite enjoyed it. They really liked the lens too, and they even gave it an Editor’s Choice Award. If you’re in the market for a wide-angle lens for the MFT system, it sure seems like a no-brainer. However, upon further consideration, there’s a little bit more to it than that. 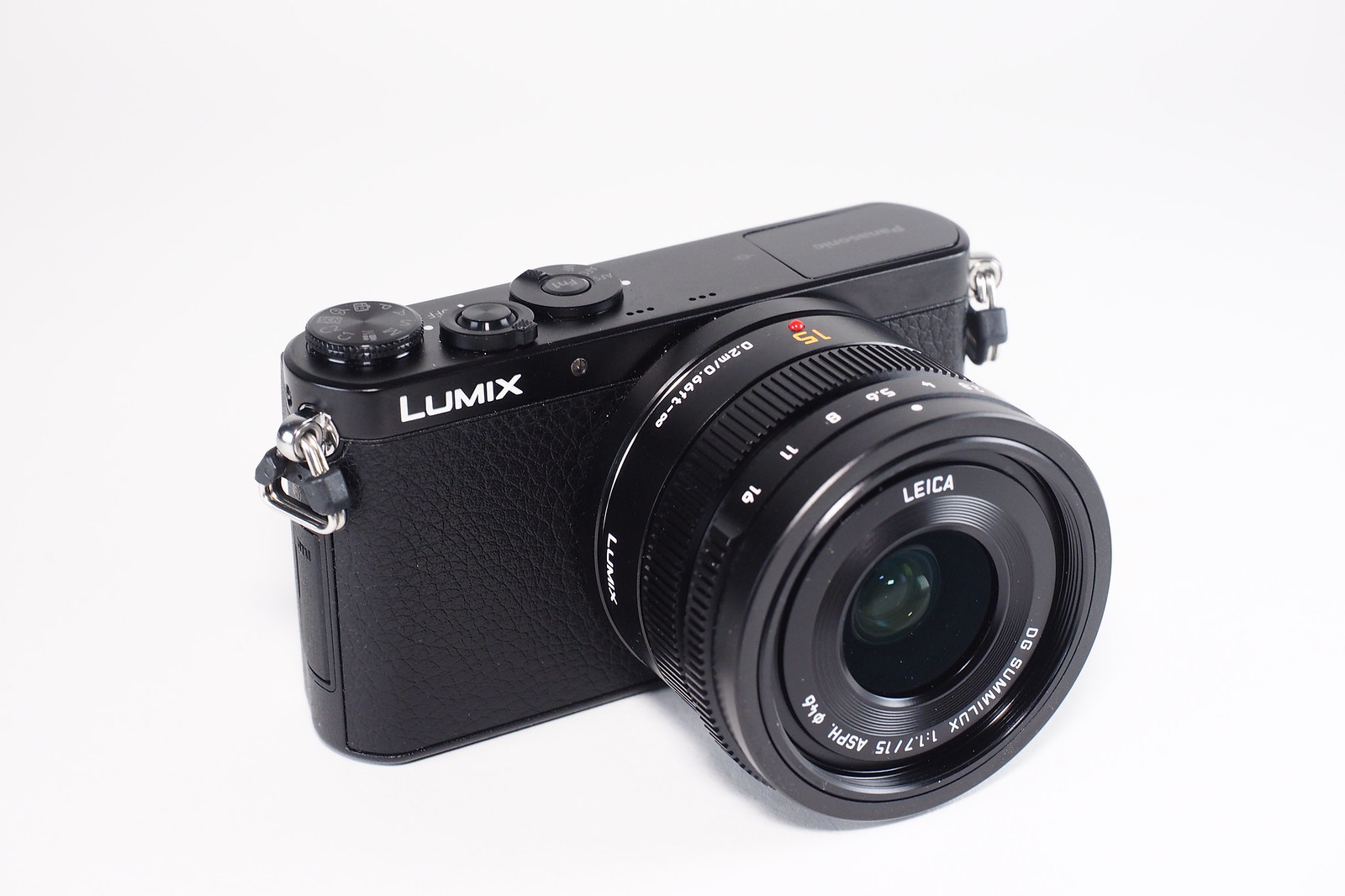 I’ve been in the market for a wide-angle lens for my Olympus OM-D E-M10 for a while, so naturally when this lens was announced it instantly became a front-runner in my list of candidates — alongside the excellent Olympus M. Zuiko 17mm f/1.8 and the drop-dead-gorgeous-but-insanely-expensive Voigtlander Nokton 17.5mm f/0.95.

Now that I’ve had the time to think about it some more though, I’m having mixed feelings about it. After months of experimenting with a 35mm wide-angle lens and my Canon AE-1 Program I’ve found out I really enjoy this focal length, and therein lies the problem with the Panasonic lens: it’s neither here nor there when it comes to its focal length.

If you were to build a nice set of prime lenses, the standard focal lengths would be as follows:

As a starting point, these would be the first few bases to cover. There are longer and shorter lenses out there, of course, but those would be considered specialty lenses. The problem with the Panasonic lenses for MFT is that they sometimes disregard these lengths and instead use some slightly different, slightly awkward values.

Take the excellent Panasonic 20mm f/1.7 pancake lens, for example. It’s an amazing lens in every way, except its 20mm focal length lies awkwardly in the middle between a true normal lens (which would be 25mm in Micro Four Thirds terms, or 50mm in full-frame photography) and a standard wide-angle (17.5mm MFT or 35mm full-frame equivalent). It’s a bit wider than a normal lens, but not really wide enough to be considered a proper wide-angle lens.

The new 15mm f/1.7 lens presents the same problem: it’s wider than a typical wide-angle, but not quite as wide as a super-wide-angle (12mm/14mm MFT, or 24mm/18mm full-frame). This may not look like a big deal — it’s admittedly nitpicking to a degree — but it does bother me a bit. When you’re in wide-angle territory, every millimeter has a noticeable impact, more so than in the normal and portrait ranges. This is not to say that it’s a bad lens, of course. Far from it. Actually, I might even be interested in it at some point in the future, just not before I’ve completed my set of standard-length lenses.

I guess what bothers me the most is that I can’t help but feel that these decisions were made solely for the sake of market differentiation. Using non-standard focal lengths makes the lenses instantly recognizable and unique but, does it actually make them better? Is there a significant improvement in quality to warrant their existence? Honestly, I don’t think so.

Of course, if Panasonic wants to experiment with slightly different focal lengths in their product lineup, they have every right to do so. There’s certainly a reasonable case to be made for variety; it just strikes me as odd that they would do it before shipping a proper wide-angle lens for the system. And it definitely strikes me as odd in a Leica-branded lens.

The other Leica-branded primes for MFT — the legendary Summilux 25mm f/1.4 and the even more impressive Nocticron 42.5mm f/1.2 — are both standard-length lenses and they’ve received nothing but praise. Why mess with a successful philosophy and why now?1

The Leica name is supposed to stand for absolute excellence and tradition. I would love nothing more than a true 17.5mm Summilux lens for Micro Four Thirds but alas, such a lens does not exist yet. And that’s too bad.

I keep going over it in my head and the more I think about it, the more I’m leaning towards the Voigtlander. It’s built like a tank, it’s crazy fast, sharp wide-open and its image quality and color rendering are amazing. I also love that it’s manual-focus only and the dedicated aperture control ring. It’s already a classic lens for the MFT system, and deservedly so. Too bad it’s so damn pricey, but you definitely get what you pay for. If you like fully-manual lenses akin to those for the Leica M-System, the Voigtlander is hard to beat.2 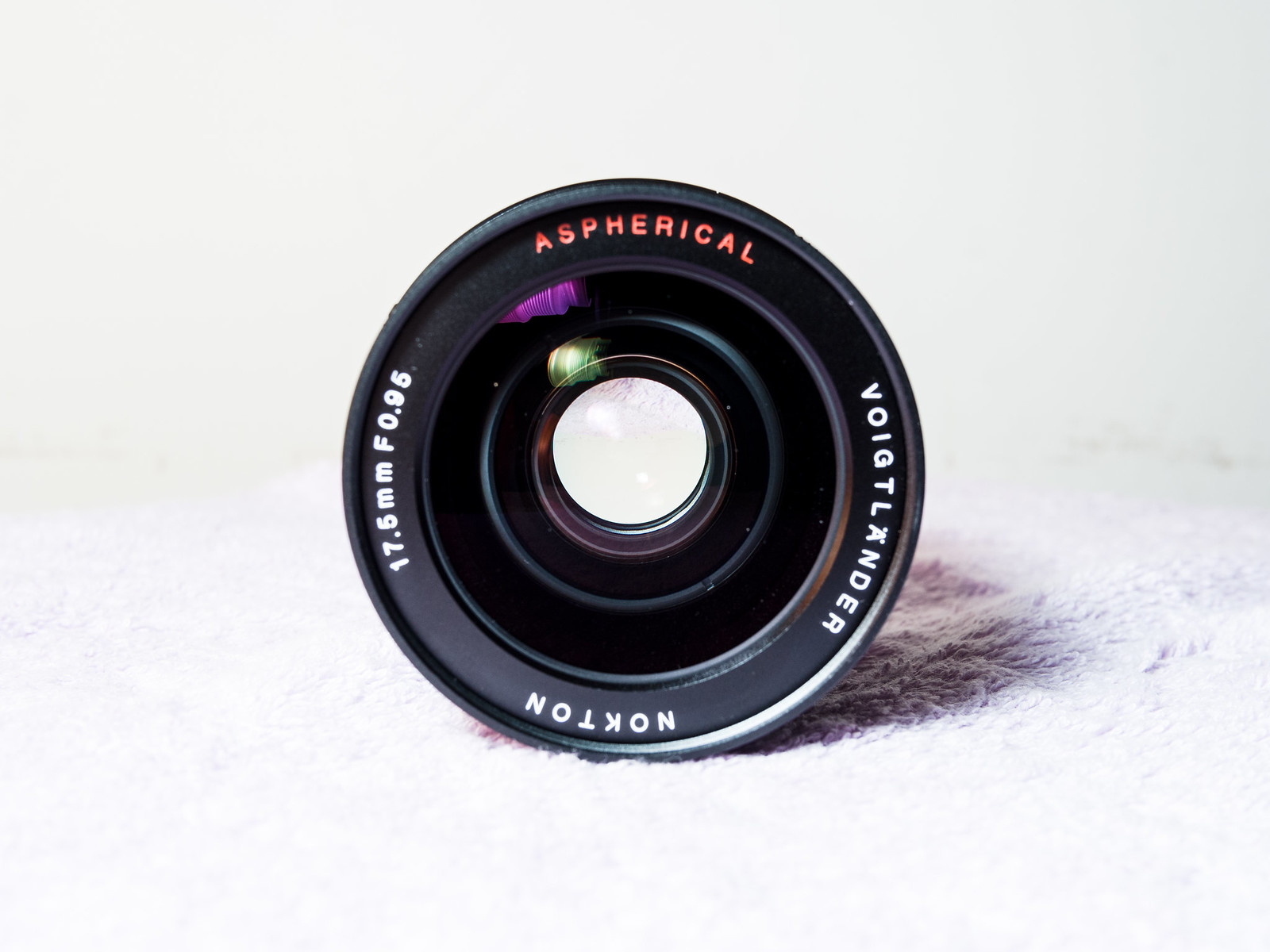 The Voigtlander 17.5mm f/0.95 lens is a thing of beauty. Photo credit: Spawnbleed

However, as amazing as the Voigtlander is, it boggles the mind to think that in November of 2014, there’s still not a single 17.5mm autofocus lens available for Micro Four Thirds cameras. The closest one is the aforementioned Olympus 17mm f/1.8 — which, admittedly, is a really good lens and it’s close enough for the difference in focal length to be negligible. If you absolutely must have autofocus, this is your only choice. If you can live without it though, my advice would be to pick up the Voigtlander instead.

The Olympus is a solid lens but it was released in 2012, two full years ago already. In that time, this 15mm f/1.7 lens is the closest Panasonic has come to the standard wide-angle length. For a system that’s exploded in popularity over the past few years, that’s not enough.

The 35mm full-frame equivalent is one of the most important focal lengths in everyday use: it’s remarkably versatile and it’s perfect for street photography, among other things. It’s a shame that, after several years of exceptional lens releases, this essential focal length remains so poorly represented — relatively speaking, of course — in the Micro Four Thirds system.