There’s an aspect of modern society that bothers me to no end. It used to be that things were made to last, and there was a certain pride in owning something that once belonged to your grandfather, or even your great grandfather. Today, the list of things we own and purchase that could possibly make such a claim in 50 years is exceedingly short, and getting shorter by the day.

It seems obvious that today’s industrial and engineering prowess is vastly superior to that of a hundred years ago: we have better materials, better construction techniques and, more importantly, a much better understanding of what makes everything work together. It baffles me that the main consequence of all this refinement and increased knowledge is that we’re now making products with remarkably short lifespans. It’s a cruel joke on craftsmen of the past.

There’s a great quote by Robert X. Cringely that always makes me laugh, even though it really shouldn’t:

If the automobile had followed the same development cycle as the computer, a Rolls-Royce would today cost $100, get a million miles per gallon, and explode once a year, killing everyone inside.

Something has clearly changed in the past century. As artisans were overtaken by engineers in the race for innovation, many industries were completely disrupted, sometimes unfortunately losing their essence in the process. Back then, these industries shifted from making products designed and manufactured to stand the test of time to making good-enough products that cost way less to produce, and that people would be happy to replace every few years. Just like that, consumerism was born.

The consumer electronics industry — which was defined and controlled by engineers since its inception — is the poster child for this philosophy, with people replacing several-hundred-dollar gadgets every other year with no complaints about it whatsoever.

Look at the original iPad mini, for example. It’s powered by Apple’s A5 chip, a dual-core SoC that debuted in March 2011 with the iPad 2. This chip that represented the bleeding edge of technology just three and a half years ago is today considered a relic, with people even calling the mini “the zombie iPad”, because of its refusal to die.

What troubles me is that for the most part, I agree with those people. As an engineer, the fact that Apple is still selling a device with 3-year-old technology strikes me as ludicrous, but should it? Are we really that far gone down the consumerism rabbit hole that we see a 3-year-old product as a joke? Shouldn’t that be considered just a barely-acceptable timeframe for replacing a product that debuted at $329 and went as high as $659?

Let me make one thing clear: I’m not arguing that Apple should slow down on the release cycle for new devices, and I believe the fact that there’s a new iPad every year is a good thing. It means people will get a better device and therefore a better value for their money. However, there should be considerably less pressure on consumers to upgrade “old” iOS devices.1

I also understand that this is partly due to perfectly valid technical reasons: the hardware in iOS devices is so constrained that it typically only takes a couple years for performance to become a limiting factor. We likely won’t see significantly longer upgrade cycles for iOS devices until their performance catches up with what the software can do. The sooner that happens, the better for everyone.

This trend towards frequent upgrades may make sense in the case of the tech industry, where performance grows so quickly that a 3 or 4-year gap can really make a difference. However, it has also become the norm in many other industries traditionally dominated by artisans, in which the consumer-facing benefits of an engineering revolution are much harder to identify, if they even exist.

Take the shaving industry, for example. Back in the early 20th-century, King C. Gillette found a way to disrupt the established technology by introducing disposable razors and blades that promised the convenience of not needing to be cared for and maintained. Much like phone subsidies today, this turned out to resonate well with consumers and the entire shaving industry shifted towards this newer model, which for the most part remains dominant today. Gone are the straight razors of old, which were made of quality steel that could last for generations if properly cared for. Instead, we now have the latest Fusion Pro Glide, and every couple shaves you have to throw away 5 blades. In this case, the price of convenience is far too high — quite literally too, because disposable razors are way more expensive in the long run.

It also happened with clothing. Companies like H&M and Zara have made billions of dollars selling affordable clothes that self-destruct after a few washes. And god forbid you should wear the same clothes for more than one season. This breakneck pace of continuous replacement was only made possible thanks to the engineering advancements — in logistics and transportation, for example — that enabled these companies to operate efficiently at a global scale. Meanwhile, I own a hand-made leather jacket that looks better today than when I bought it 10 years ago, and they’ll bury me in it if I can help it.

And what about writing instruments? You can buy a pack of Bic pens for a few cents each, as opposed to spending upwards of $100 on a nice fountain pen. However, you’ll be missing out on the pleasure of writing with a high-quality precision instrument that can become a lifetime companion. 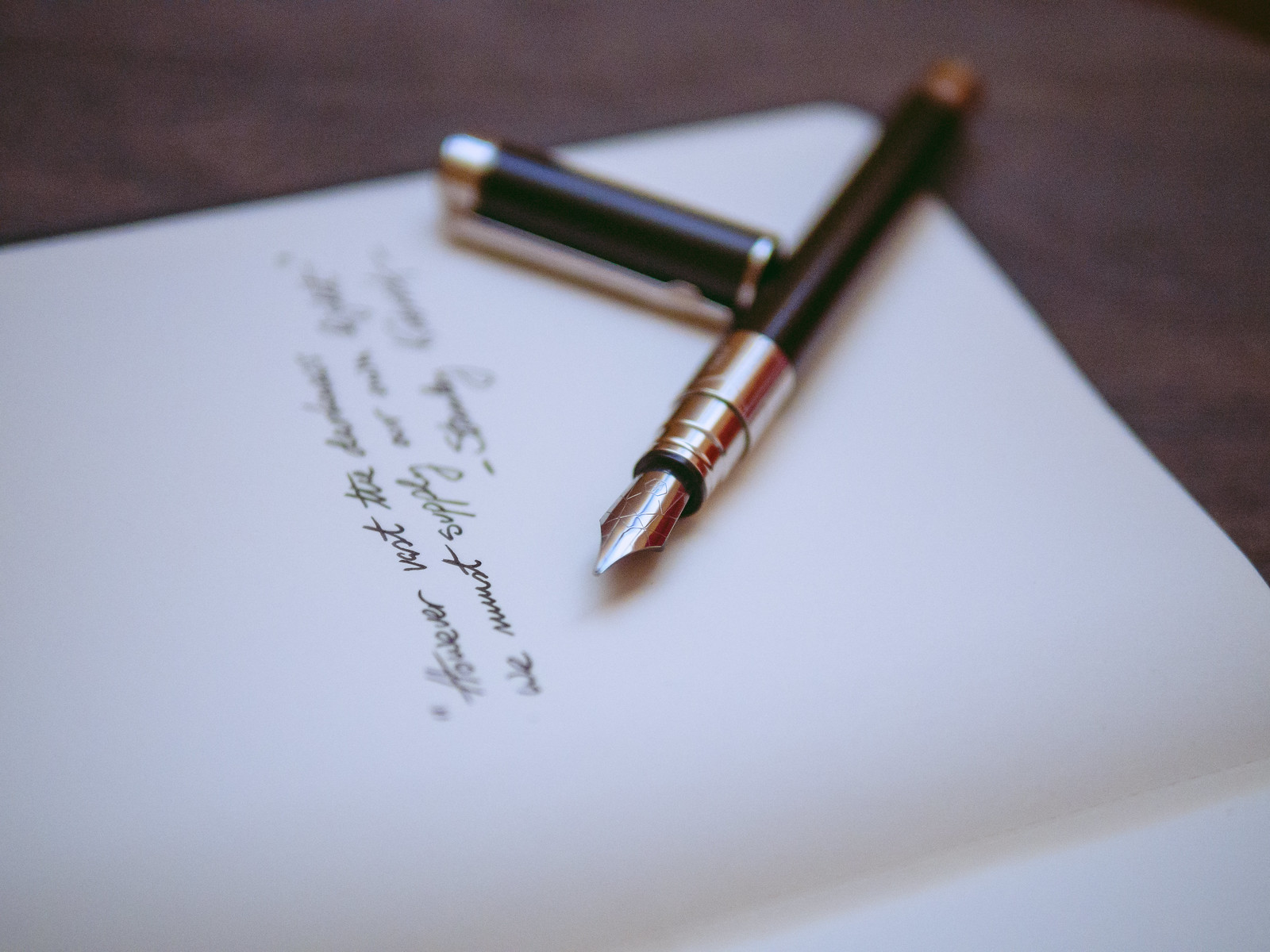 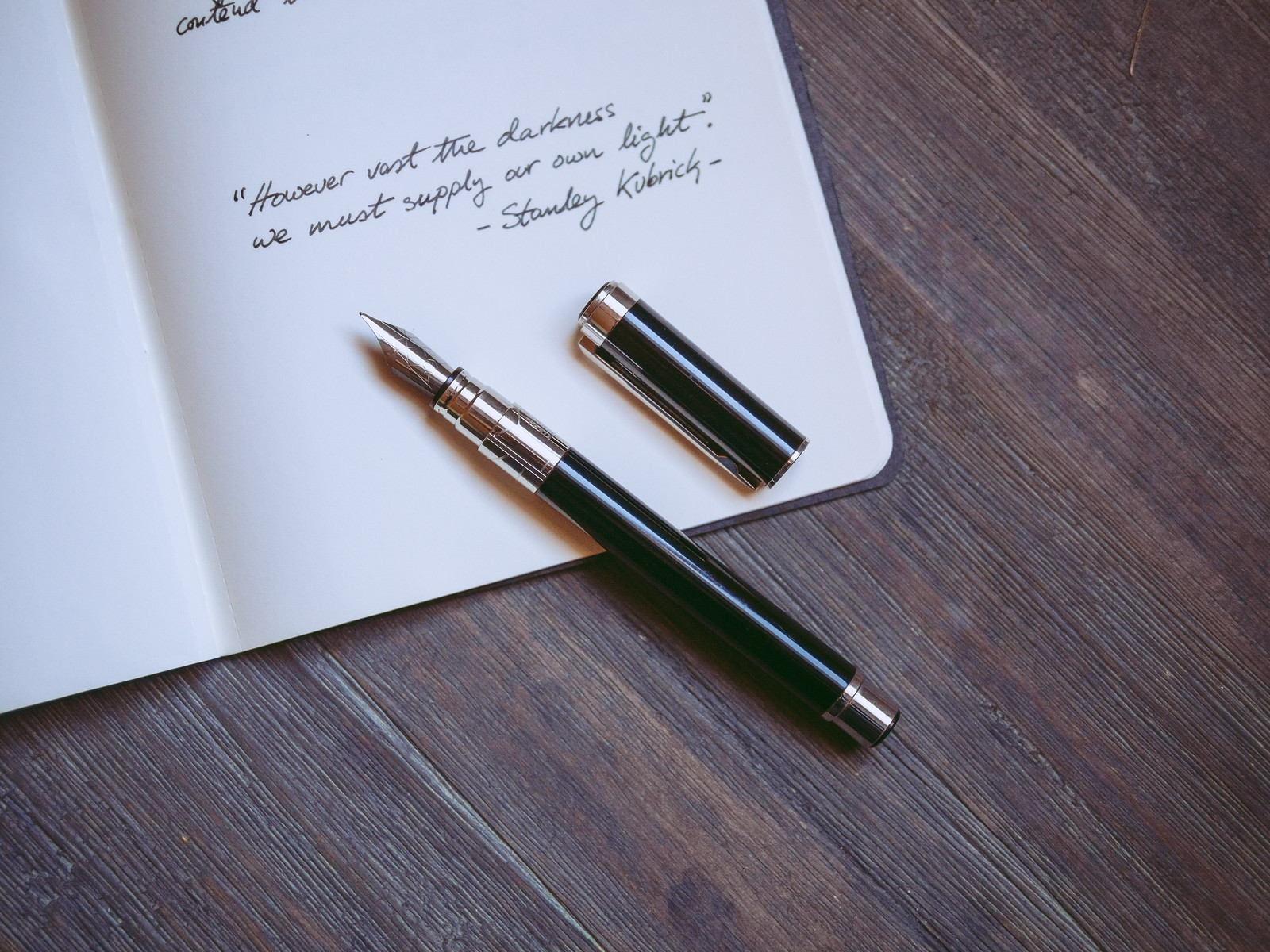 Consumerism is a trick on the mind and as a society, we’ve swallowed it hook, line and sinker: we buy cheap stuff and replace it all the time instead of investing in quality items that will last forever. Luckily, there are still artisans out there, and some companies still worry about creating timeless products. These companies often cater to niche markets, albeit very lucrative ones, because the people who appreciate and value quality are willing to go to great lengths to get it.

I understand why most companies favor this strategy: it makes for a much bigger market and it creates a pattern that ensures people will keep buying their stuff without giving it a second thought. Convincing society to replace perfectly working technology and products may be the single greatest marketing stunt in history.

As for consumers, though, I believe we’re getting the short end of a very expensive stick, and — this is the real kicker — we’ve mostly done it to ourselves.

The artisan vs the engineer

I’m an engineer by trade, but my heart belongs to the artisan. I usually get attached to the things I own, and I enjoy using them for as long as I possibly can. I don’t do it for the sake of being responsible or environmentally conscious — although those are very important things — I just enjoy my things and the emotional bond I create with them. As such, I find it a bit sad that most companies have decided to use modern technology to the detriment of craftsmanship, instead of taking it to the next level.

My appreciation for quality and craftsmanship informs many of the decisions I make in my everyday life: I write with a fountain pen, I wear a nice watch — nice doesn’t have to mean ridiculously expensive, mind you — and I buy quality items whenever I can. I’ve only owned 3 pairs of winter boots in the past 15 years, all of which were the exact same model. I also ride hand-made bicycles that are almost as old as I am, and that my children will hopefully enjoy riding one day as well. I haven’t quite mastered the art of shaving with a straight razor yet, mostly because I haven’t been clean-shaven in over four years, but I like to think that if I started shaving again, I would probably purchase a quality straight razor and never look back. I dream of one day owning a Leica camera — possibly even a film one — and it will probably be the last camera I ever buy.

I’m making it sound like a personal crusade, but the truth is I’m nowhere near being an extremist. Replaceable technology certainly has its benefits and I consume it in some ways, just like everyone else. I’m just not comfortable letting that habit creep into every aspect of my life, and I refuse to be the kind of person that doesn’t appreciate the value of things. I refuse to let the engineer win. Whenever I’m consciously doing something the old fashioned way, it always fills me with joy. It makes me think of a time when people valued different things. A time when artisans led the pursuit of innovation without giving up their souls in the process.

The engineer in me wants to take over, but I will not let him. In my heart, the artisan wins, and his creations endure.