I hope you’re not superstitious, because this is the 13th issue of Morning Coffee. Don’t worry, we can call it 12+1 if you want.

Luckily, it still comes jam-packed with some incredible pieces of writing, so let’s get to it.

Issue #13: On the upcoming Apple event, street art in Hong Kong, and playing the long game in life

This week, the Internet machine woke up from its summer-long slumber in the blink of an eye, with rumor pieces popping up everywhere in anticipation of next week’s Apple event, where some pundits expect to see a few surprises beyond the widely expected iPhone refresh. The Apple TV is a frequent favorite in the rumor mill this time around, and as such it’s featured quite prominently in some of today’s pieces.

Whatever your technological inclination, dear reader, fear not; there’s more to this edition than Apple rumors, after all. Enjoy.

For a while now, Mark Gurman has been one of the most accurate writers when it comes to predicting Apple’s product announcements. This comprehensive piece covers everything Gurman expects to see announced next week, and if he’s right once again, it’s going to be a blast:

Apple’s Wednesday, September 9th event is shaping up to be one of the largest in the company’s history. The Cupertino-based company is planning to unveil several major new products on stage, including a pair of new iPhones with revamped internals, a sequel to the Apple TV, a larger version of the iPad Air, a refreshed iPad mini, and new Apple Watch accessories. The company is also likely to discuss at least two of its latest software platforms: iOS 9 and watchOS 2.

As a side note, compare Gurman’s excellent reporting in the above piece with this sorry excuse for an article by Katie Benner and Brian Chen for The New York Times. Not only do they fail to add any insight whatsoever to what had been previously reported by Gurman himself and others like John Paczkowski of Buzzfeed, but they also fail to properly credit those who did the actual reporting. They may get more pageviews, but this piece is certainly not up to the Times’ usual standards.

Your brain, your disease, your self | Nina Strohminger and Shaun Nichols →

This is a fantastic piece on the effects of neurodegenerative diseases like Alzheimer’s in relation to the loss of a person’s identity:

As monstrous as neurodegenerative disease is, its powers of identity theft have been greatly exaggerated. Remarkably, a person can undergo significant cognitive change and still come across as fundamentally the same person.

What makes us recognizable to others resides almost entirely within a relatively narrow band of cognitive functioning. It is only when our grip on the moral universe loosens that our identity slips away with it.

Now, this is the sort of piece that belongs in The New York Times.

I loved this piece by Patrick Rhone. Life, much like stocks, yields the most benefits when you play the long game:

If not, you are basically playing the short game with your life. And, frankly, like a Day Trader your success and failure is at the whims of your daily to-do list. Get a lot done today and your life is a bull market. Get little done and it’s a bear market. And, like the Day Trader, your life will feel rich one day and bankrupt the next, more than partially due to forces beyond your control. A boss who dumps a project in your lap or a colleague who interrupts you or the person that pulls you into a last minute meeting or the kid who gets sick or the car that breaks down. All of these can sweep in and kill the action of those without goals. Just like China screwing with their currency can send the whole world of short players into a tizzy, so can just about anything wreak havoc on the short player’s task list.

Yet another great piece on the Jamaican star over at Grantland:

In February, Bolt announced that he will retire after the 2017 world championships. In less than a year, he’ll run in his last Olympics in Rio de Janeiro. He is hoping to become the first person to win three consecutive 100- and 200-meter Olympic gold medals (and the 4×100 for good measure); he is already the first to win them twice. His fans, and many within track, are hoping he’ll ease gloriously through the finish — and perhaps he will. Bolt has always performed his best at major competitions, and he’s set and smashed his own world records at the big races, when people are watching. But last summer, Bolt struggled with injuries, had surgery on his left foot, and shut his season down after only three races in order to focus on this year. The results coming into the race in New York were disappointing. Bolt holds the world record in the 100, having run a 9.58 in 2009, but his fastest 100-meter time of 2015 is only the year’s sixth fastest. He’s also the world record holder in the 200, and his best this year is only the 19th fastest.

It’s worth noting that this was published on August 20, only days before Bolt went on to successfully defend his 100m, 200m and 4x100m World Championship titles in Beijing.

As anyone who’s ever seen a DigitalRev TV video can tell you, Hong Kong is a city of unparalleled creative potential for street artists, and it looks like they’re finally starting to realize some of it.

I love big architecture projects, and this one looks like a huge one:

Renderings of his proposed $300 million LA project have been released, and images reveal a group of five distinct buildings to be used for residential, retail, and entertainment purposes, according to Curbed. They will be linked by an open public space, which will serve pedestrians and cyclists.

Jordan’s fantastic review dropped last weekend, but I didn’t have enough time to include it in the previous issue, so here it goes. He seems to like it:

The lens is simply spectacularly sharp, and starts that crazy sharpness right from f/1.8. Wide open shots display exceptional clarity and gorgeous background blur while providing a flattering contrast profile for portraits. I simply love the look of the images from this lens. It’s an absolutely top-tier optic and one that I’m already saving my pennies to purchase for myself.

I always wait for Steve Huff’s reviews with great anticipation, and this time around he didn’t disappoint. If you’re on the fence about the new A7R II, check out the many image samples in Steve’s review to get a good idea of its capabilities.

As regular readers will know, this week I had my own piece of exotic glass to play with, the Sony Zeiss FE 55mm f/1.8. I’ve only had enough time with it to get a few initial impressions, but so far I’m really, really impressed with the lens. 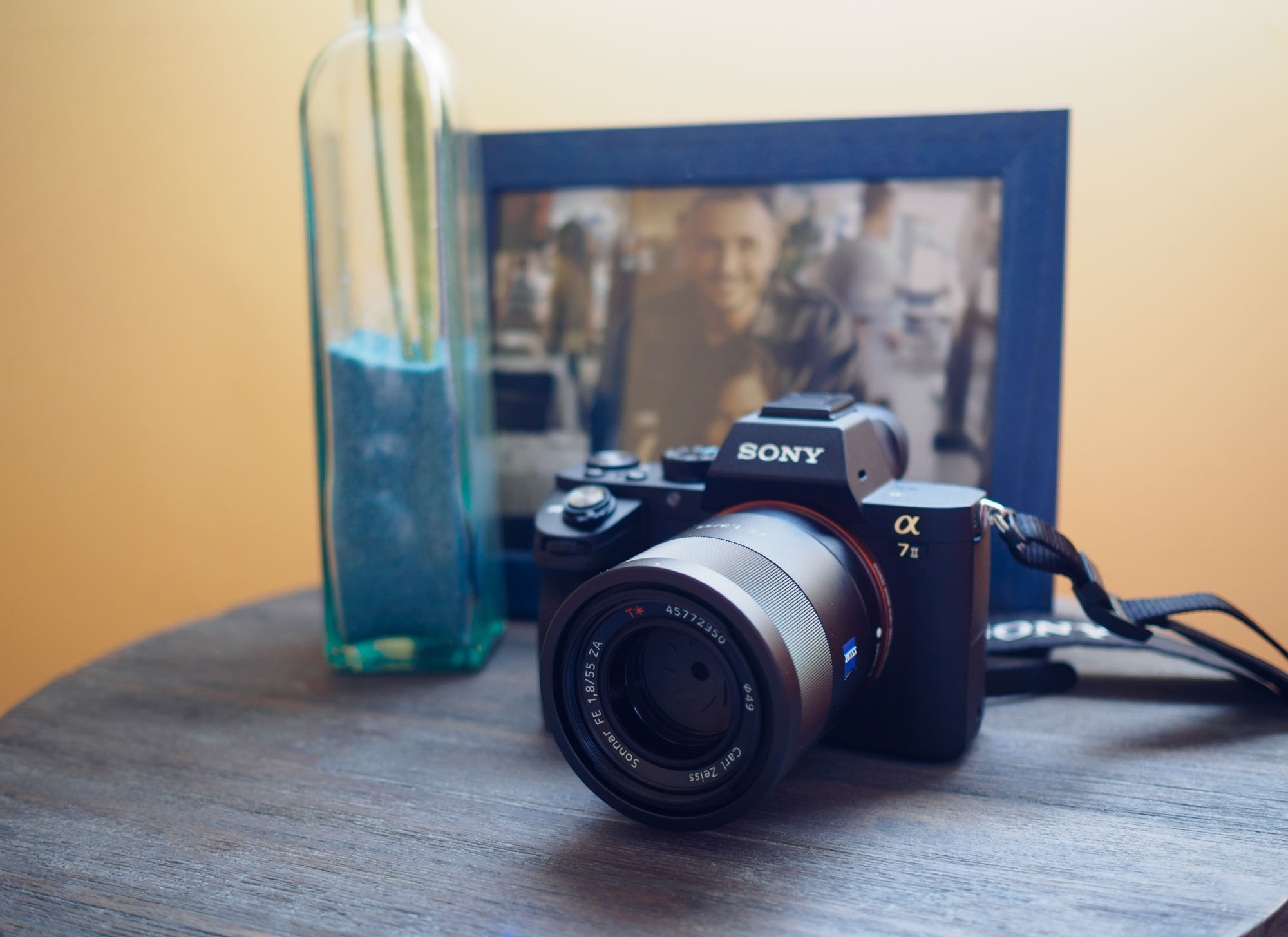 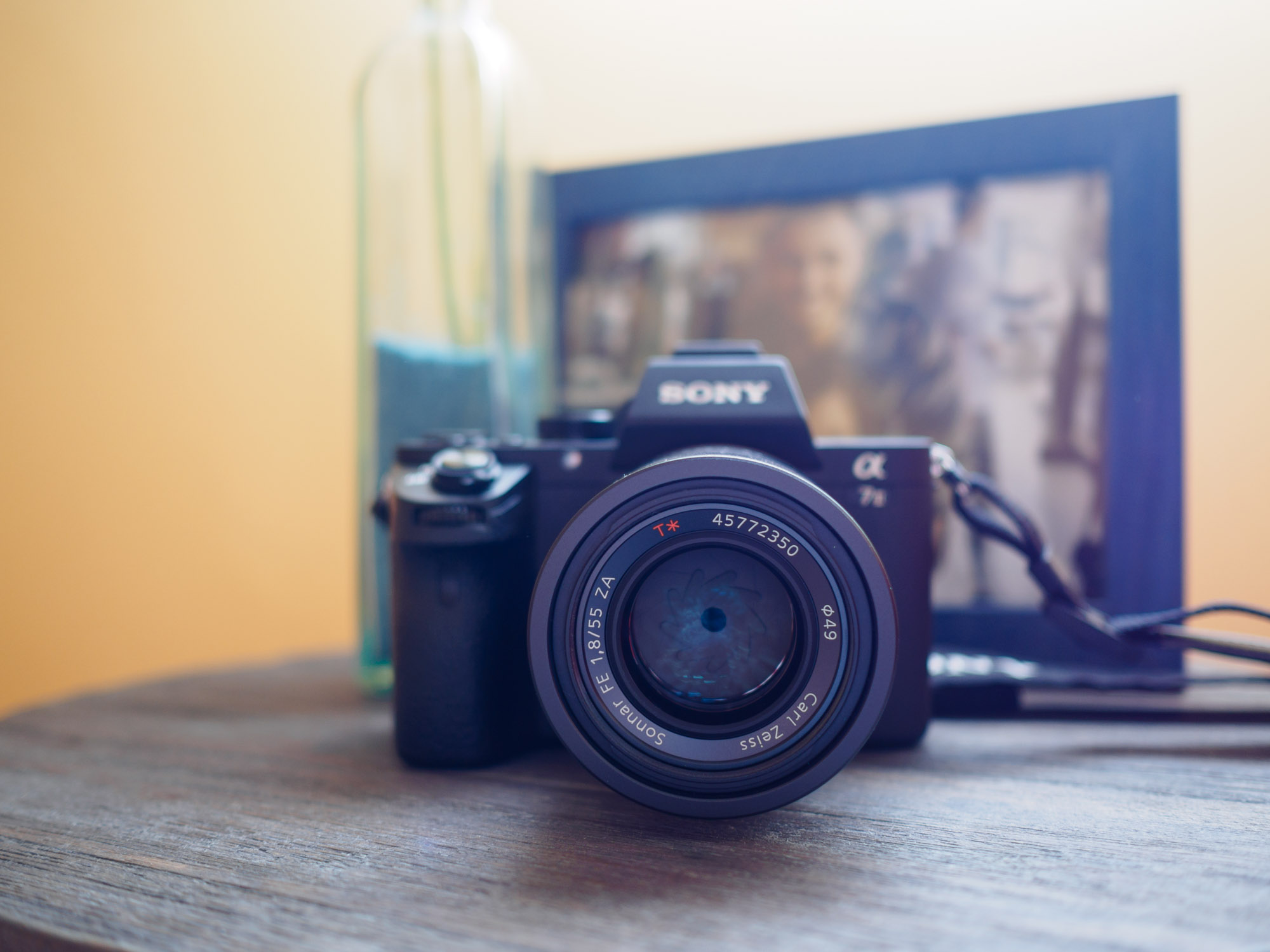 The Zeiss 55mm is considerably smaller and lighter than the Sony Zeiss FE 24-70mm f/4 zoom I bought with the camera, and its image quality is probably the best I’ve ever seen in a lens. 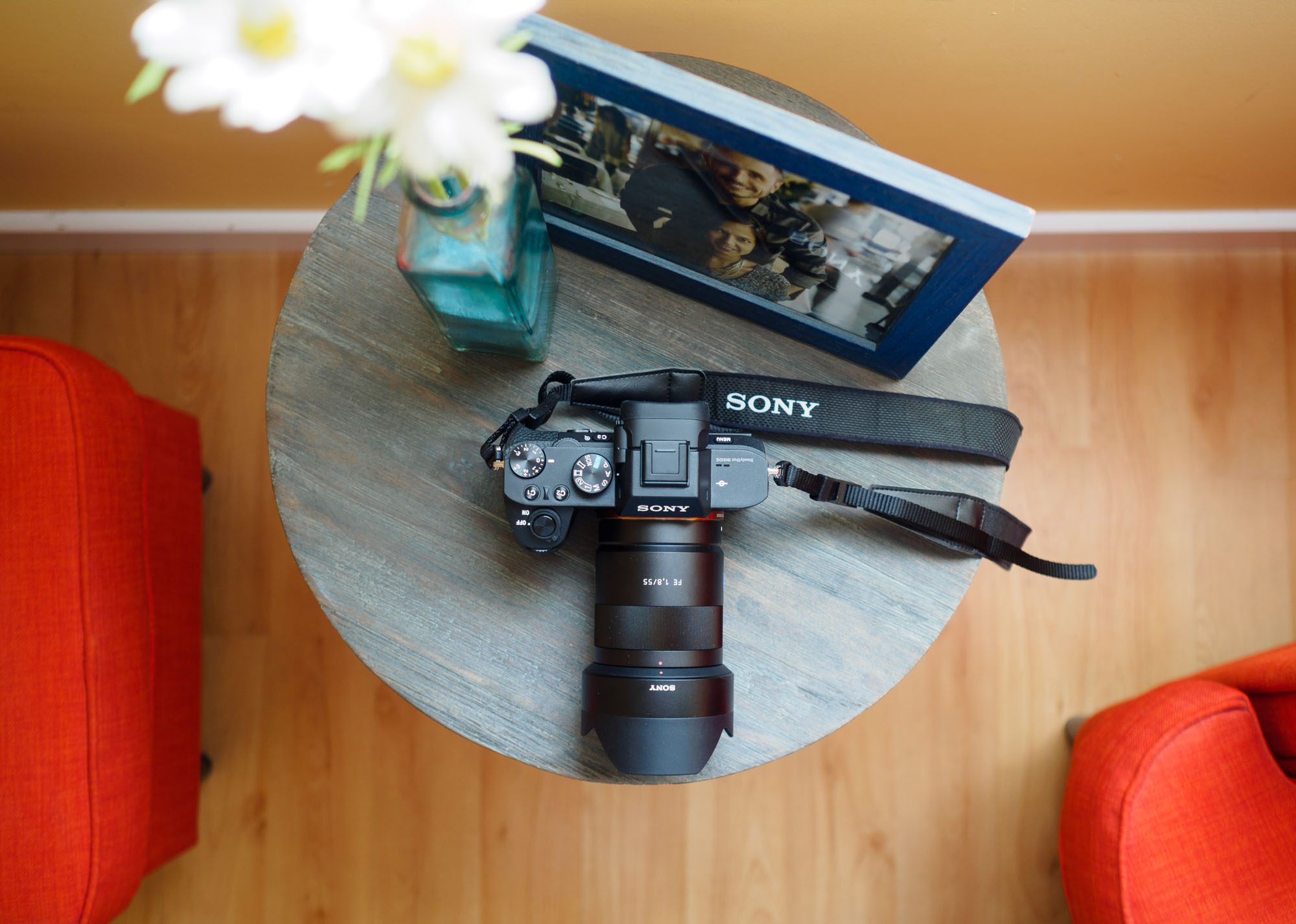 Sharpness is impressive in the center even wide open, and the corners are nothing to sneeze at, either. What’s more, stop it down even a little bit and the entire frame becomes pin sharp. It’s incredible. 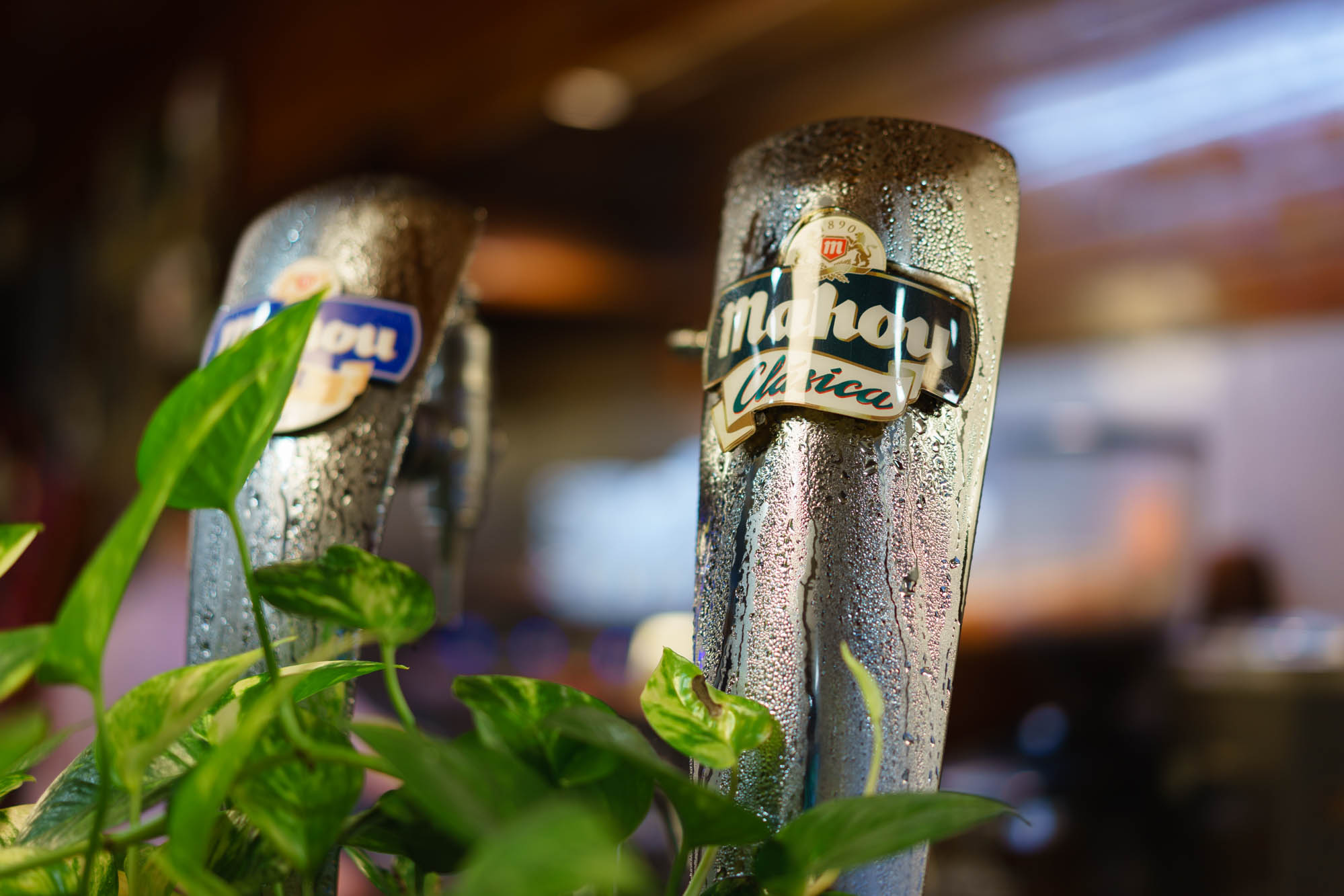 The bokeh is simply gorgeous, melting away from the subject into a blurry background that almost seems too good, especially considering this is “only” an f/1.8 lens. 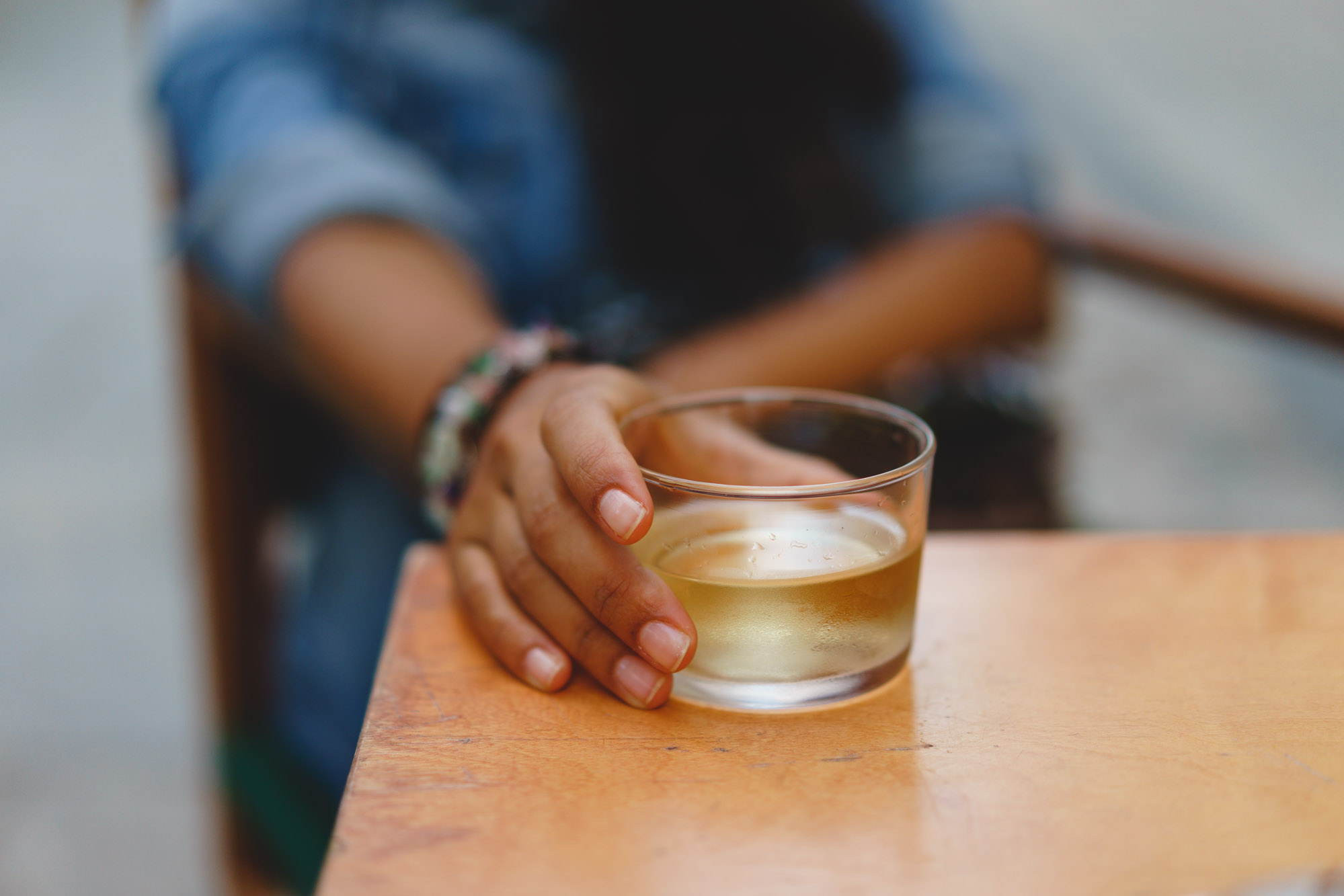 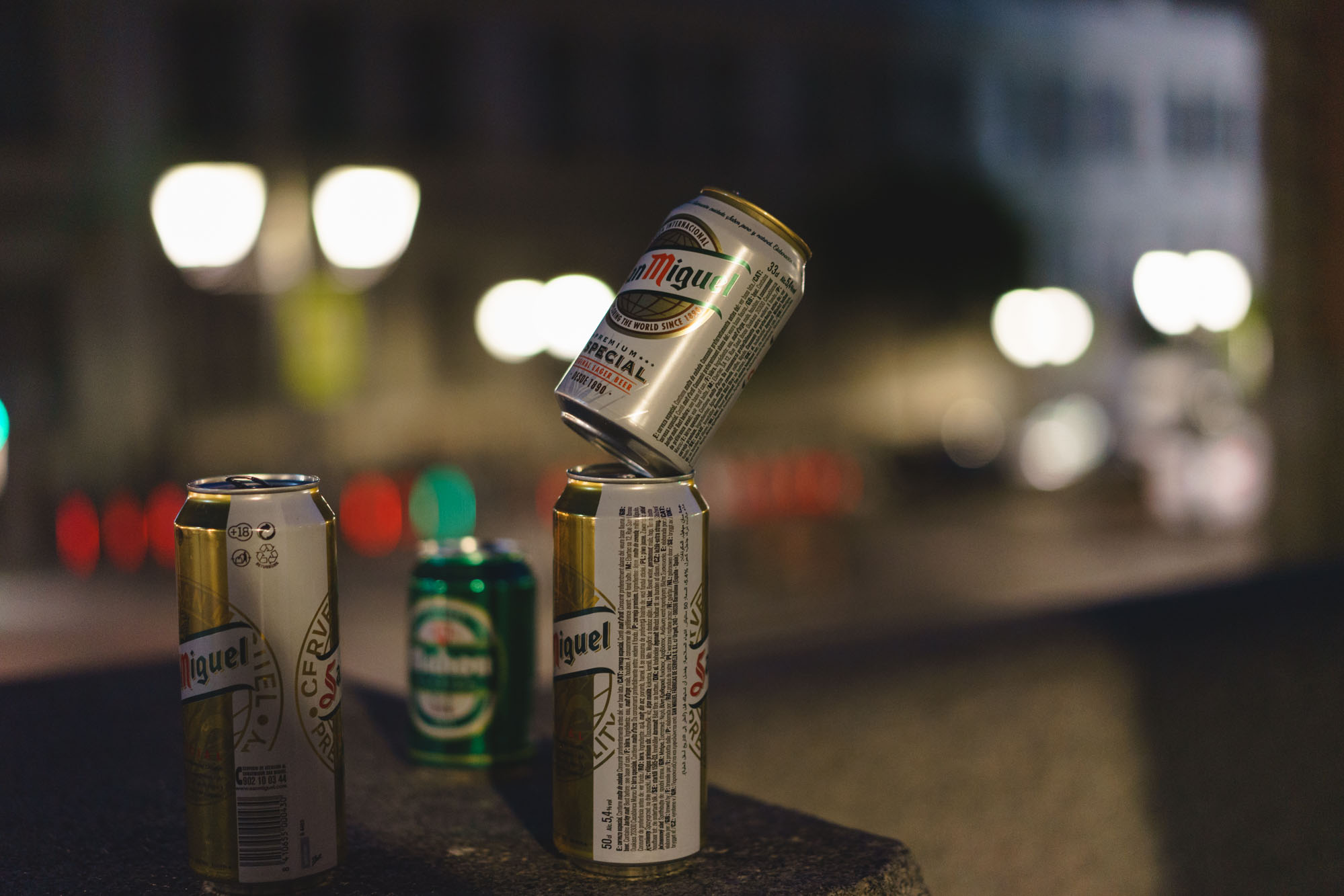 Flare and chromatic aberration are exceptionally well controlled, even when shooting against the light and with high-contrast areas in the image. Besides, the built-in Lightroom profile for this lens will take care of any remaining fringes with just a click. 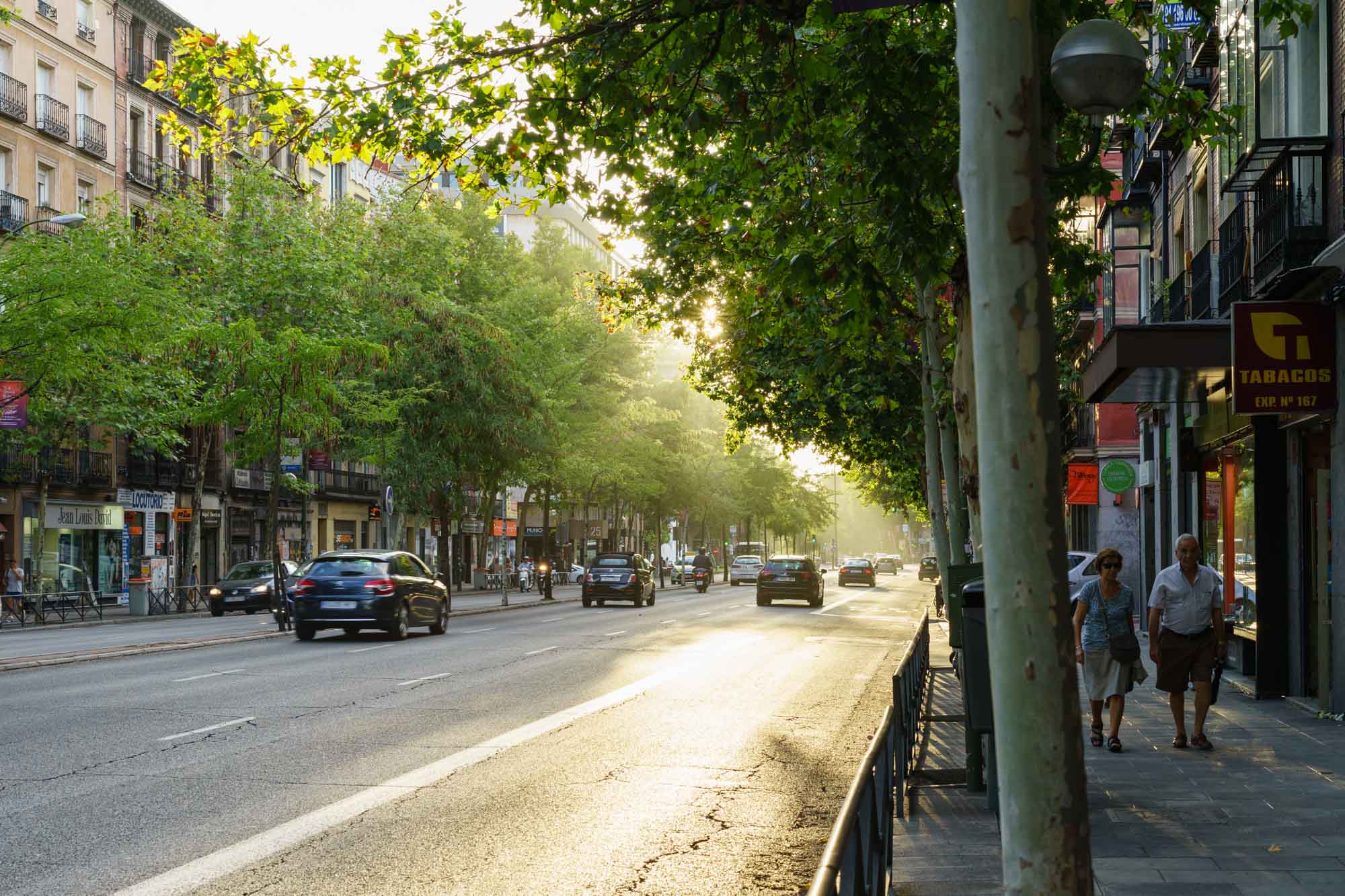 Similarly, vignetting and distortion seem to also be well controlled in most situations, and the Lightroom profile does an great job of correcting them, so neither are a problem in actual shooting, at least not that I’ve seen. 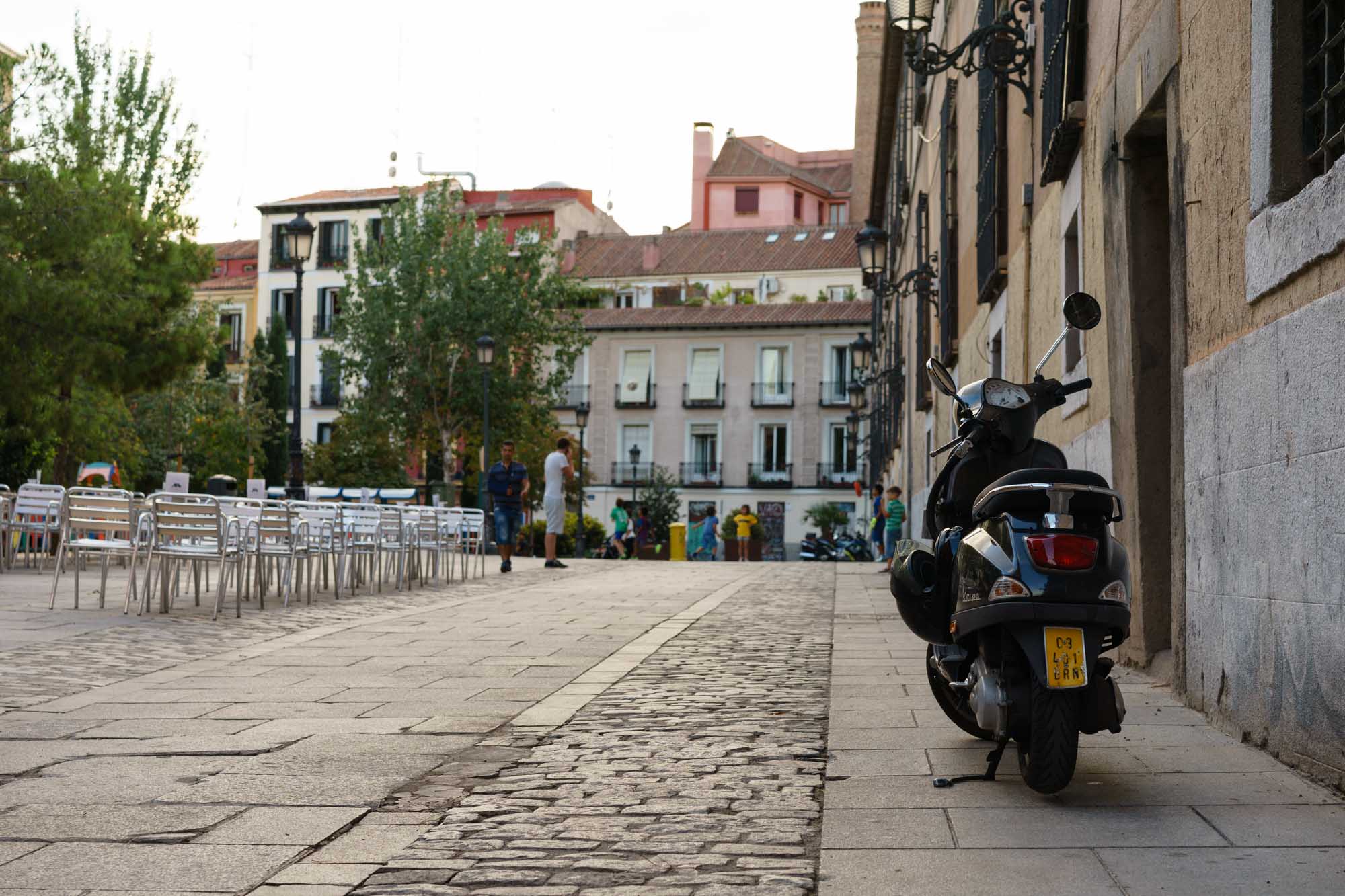 After reading so many excellent reviews I had extremely high hopes for this lens, and I’m happy to say it’s lived up to my expectations, and then some. I can definitely see it being up there with any lens from any system as far as optical quality is concerned, even the legendary Otus lenses from Zeiss. 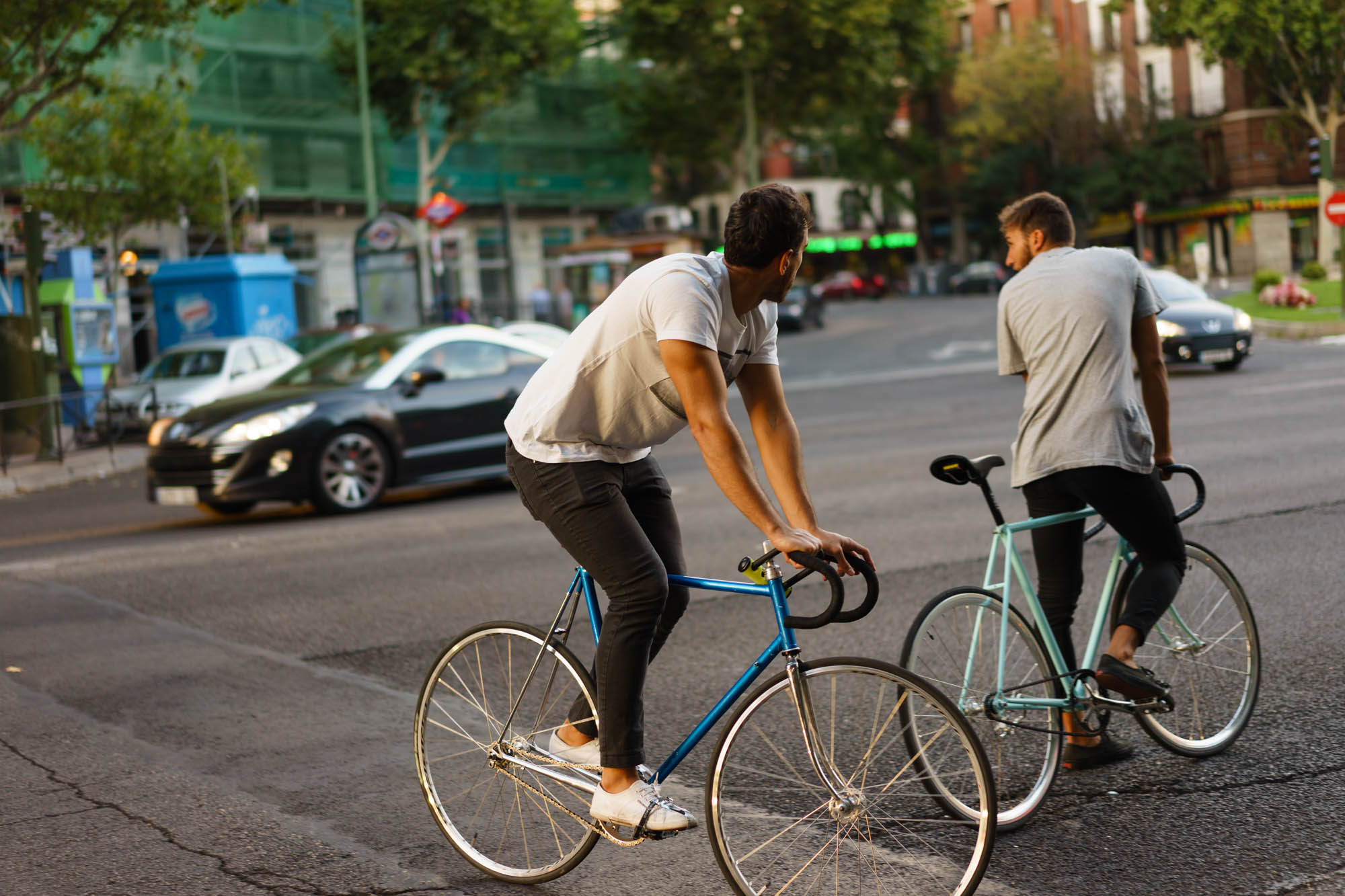 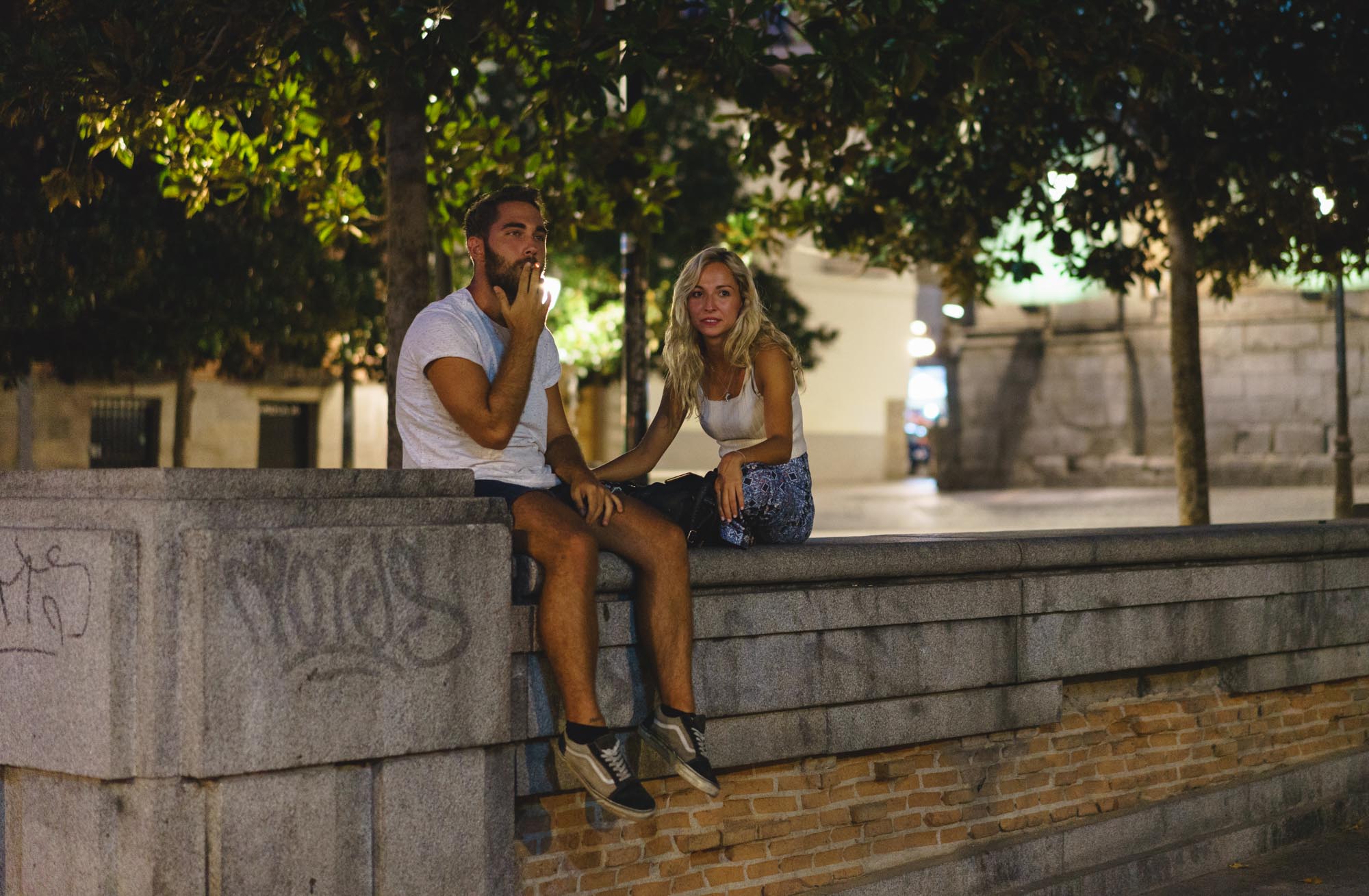 In any case, and MTF charts aside, one thing is clear: I could not have hoped for a better standard lens for my A7 II. 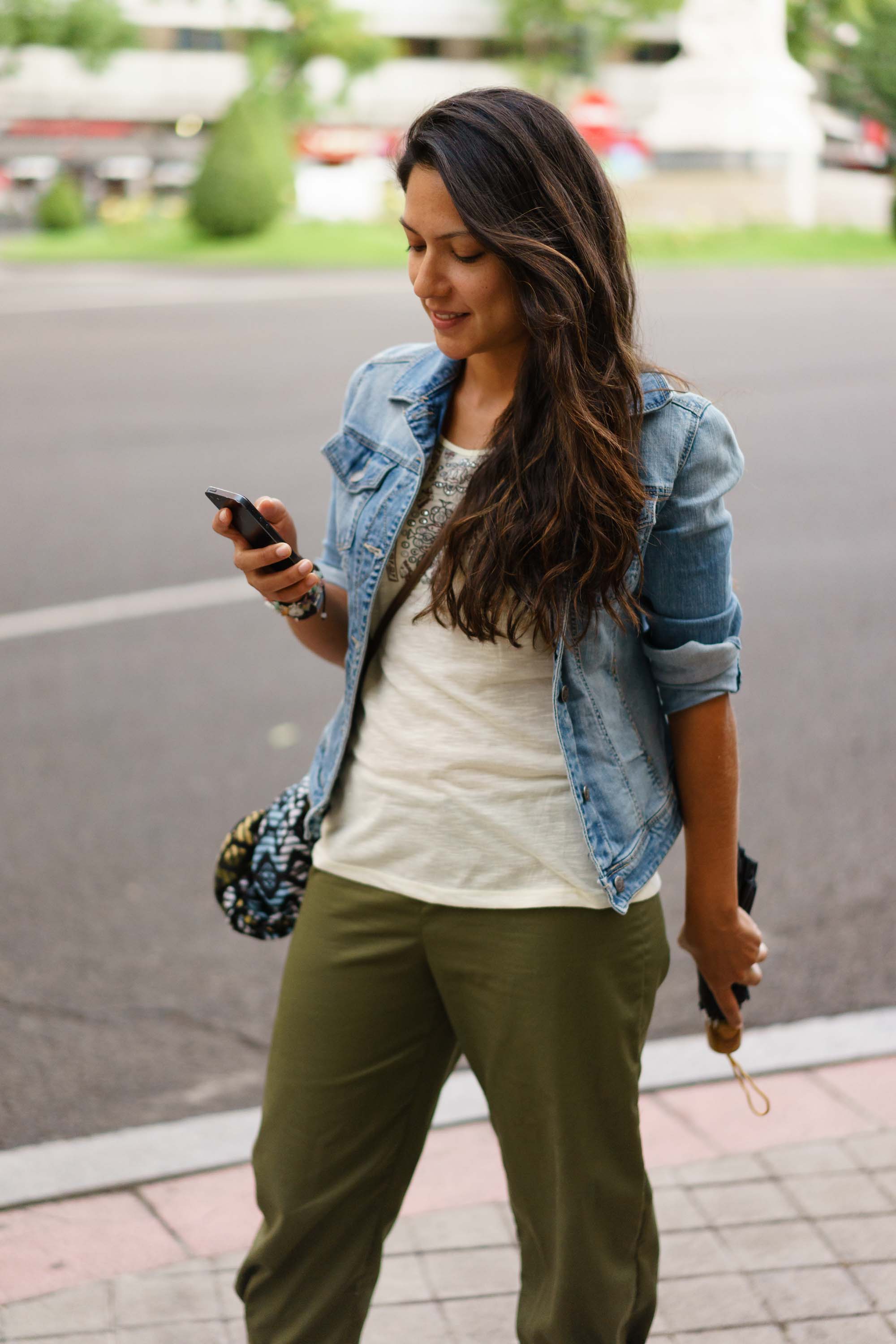 In the coming days and weeks I’m going to be busier than ever with my photography work, which means more pictures and more in-depth thoughts on this phenomenal piece of glass are sure to follow shortly.

Until then, have an amazing weekend and, of course, thank you for reading. 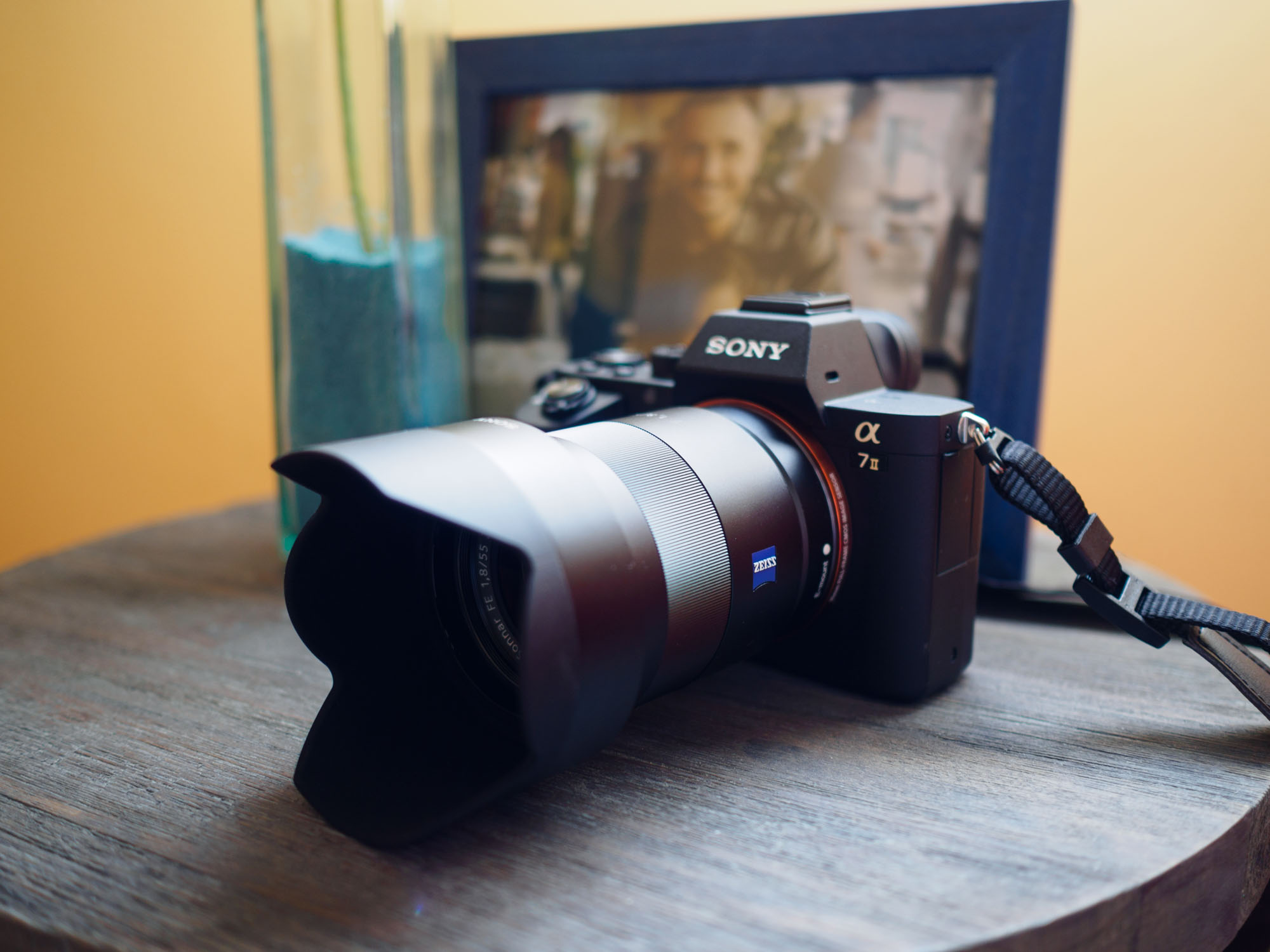