Another week goes by and we’re getting closer to September, when the Internet suddenly comes back to life. And with a rumored Apple event taking place on September 5th, including, presumably, the launch of new iPhones, it sure looks like things are going to be speeding up pretty quickly this time around.

That said, if you’re still trying to relax and enjoy the last few weeks of Summer, fear not, because I’ve got just the thing.

Issue #11: Relay FM’s first birthday, a life on the run, Amazon and the “New Economy”, and Curiosity’s selfies on Mars

This week’s issue contains slightly fewer links than past issues, but each piece is absolutely killer. Enjoy.

This week was the first birthday of Relay FM, the podcast network founded by Myke Hurley and Stephen Hackett. In that time, the number of shows they publish has quadrupled and today, both co-founders refer to Relay as their main job. However, as they say, Rome wasn’t built in a day.

In this excellent profile for TechCrunch, Romain Dillet takes a look at what it takes to succeed in the podcasting business and how, despite its relatively quick rise to popularity, Relay FM is a project many years in the making:

In 2009, Myke Hurley’s first podcast was an interview show. He would go home after his regular job in London and record interviews with guests working in the tech industry. Many of those episodes later became shows of their owns, forming the now-defunct 70Decibels podcast network. In these shows, Hurley would talk with the same person every week and release it. One of these shows was the 512 Podcast with Stephen Hackett, named after his blog 512 Pixels.

I’m so happy things are looking up for Myke and Stephen. Here’s to many more Relay birthdays.

When you’re with friends or close relatives, in an ordinary moment—maybe at dinner or while a group of people is talking—zoom out for a second and observe the person as if you’re only remembering them, from some time in the future when this person no longer around. Don’t worry about why they’re gone, just look at them as if they’re out of your life now, and you’re only remembering what they were like, their voice and their mannerisms.

If you can feel this person’s gone-ness for even a moment, then when you come back and remember that this isn’t a memory, and that you are actually seeing them, live, the gratitude you will feel can be staggering. It seems like a small miracle has happened: this wonderful person is still here, and you are living in that precious time when your lives are overlapping. You are just that lucky.

Is it time to put a stop to bull running and bullfighting in Spain? | Allison Jackson →

Whenever I read a piece on bullfighting written by a foreign journalist, I usually cringe. However, Allison Jackson does an excellent job in this piece. Bullfighting is a very sensitive and nuanced topic in Spain, and it’s really easy to misjudge exactly what’s wrong with it. The sheer brutality of if, and the blood, are so overpowering that it’s hard to look past them in order to see the social and historical aspects of this so-called tradition, where the root of the bigger problem lies.

The reason bullfighting continues to be popular in Spain is there are very rich and powerful people whose entire lives, social status and fortunes were built on it, and still massively depend on it. Until that changes — either motivated by political will or because society gradually evolves to strip those people of their perceived worth — banning bullfighting is going to be a tall order.

The Shawshank Fugitive: The crime and escape | Rick Neale and J.D. Gallop →

What an incredible story:

A story whose twists and turns — incarceration at the infamous prison featured in “The Shawshank Redemption,” an escape from a prison farm, life on the run using a fake identity, a new shot at freedom personally granted by West Virginia’s governor — culminated in a simple knock on a trailer home door in Melbourne, 56 years later.

Freshwaters answered the knock. Through the opened door, a Brevard County Sheriff’s deputy held up a black-and-white picture of Freshwaters as a young man. He asked if Freshwaters, now 79 years old with a white beard, glasses and thinning white hair scooped into a ponytail, recognized that man.

“I haven’t seen him in a long while,” Freshwaters replied.

Amazon and the realities of the “New Economy” | John Cassidy →

I really enjoyed Cassidy’s take on the New York Times story about the way Amazon treats their white-collar workers:

Perhaps Times readers, who tend to be well educated and reasonably well off, like reading about bad things happening to people like themselves. But I think it goes deeper than that. As the “New Economy” celebrates its twentieth anniversary—on August 9, 1995, Netscape’s initial public offering took place—it is becoming harder to ignore some of its negative aspects. Behind all the technological advances and product innovation, there is a good deal of old-fashioned labor discipline, wage repression, and exertion of management power.

On the emptiness of social media fame | Eric Kim →

Now I get (on popular posts) 1000+ likes. The funny thing is now whenever I get anything less than 1000 likes, I feel like shit. For example I recently shared something on Instagram that got (only) 500 likes. I felt like a failure by comparison.

And what is really a “like” anyways? It is just someone tapping a little heart icon on your photo. It doesn’t mean anything. When you die, you can’t take your “likes” with you. Your “likes” won’t keep you warm at night, or pay your electric bills. Does anyone really want etched on their gravestone: “Here lies John, he had 1,000,000 followers on Instagram.”

The story behind Curiosity’s self-portraits on Mars | Emily Lakdawalla →

Curiosity’s arm-mounted MAHLI camera took 72 individual photos over a period of about an hour in order to cover the entire rover and a lower hemisphere including 360 degrees around the rover and more than 90 degrees of elevation. It took 2 tiers of 20 images to cover the entire horizon, and fewer images at lower elevations to cover the bottom of the image sphere. The arm was kept out of most of the images but it was impossible to keep the arm’s shadow from falling on the ground in positions immediately in front of the rover.

This past week has been quite uneventful, to be completely honest. I’m slowly racking up more hours of use with the A7II and I feel like I’m starting to get better at choosing the proper focal length for each scene with the 24-70 zoom, which is a new way of shooting for me. I really am loving the convenience of a high-quality zoom lens for general purpose shooting, although I do feel that, for the most part, primes are still where it’s at for me.

On that note, I expect to order my first native prime lens for the system this week. It will be the Sony Zeiss Sonnar 55mm f/1.8, a lens that has received nearly universal praise despite its relatively high price, particularly in light of its rather modest maximum aperture of only f/1.8 — as opposed to f/1.4 or even f/1.2.

As far as maximum aperture goes, though, I don’t think there’s much difference in depth of field between f/1.8 and f/1.4 at that focal length, which is why the speed issue is, well, not really an issue for me, personally.

And as for price, $900 does seem a bit steep, but it’s worth keeping in mind this lens has scored almost as good as the Zeiss Otus 55mm f/1.4 in lab tests, an absolute monster of a lens costing nearly $4,000. If the FE lens really does offer close-enough performance for one quarter the price, it’s easy to understand why people are loving it.

I’m really excited to try it and see if there really is such a huge difference in IQ between the Zeiss 55mm lens and the 24-70 zoom, which, might I add, already looks pretty darn good to me. 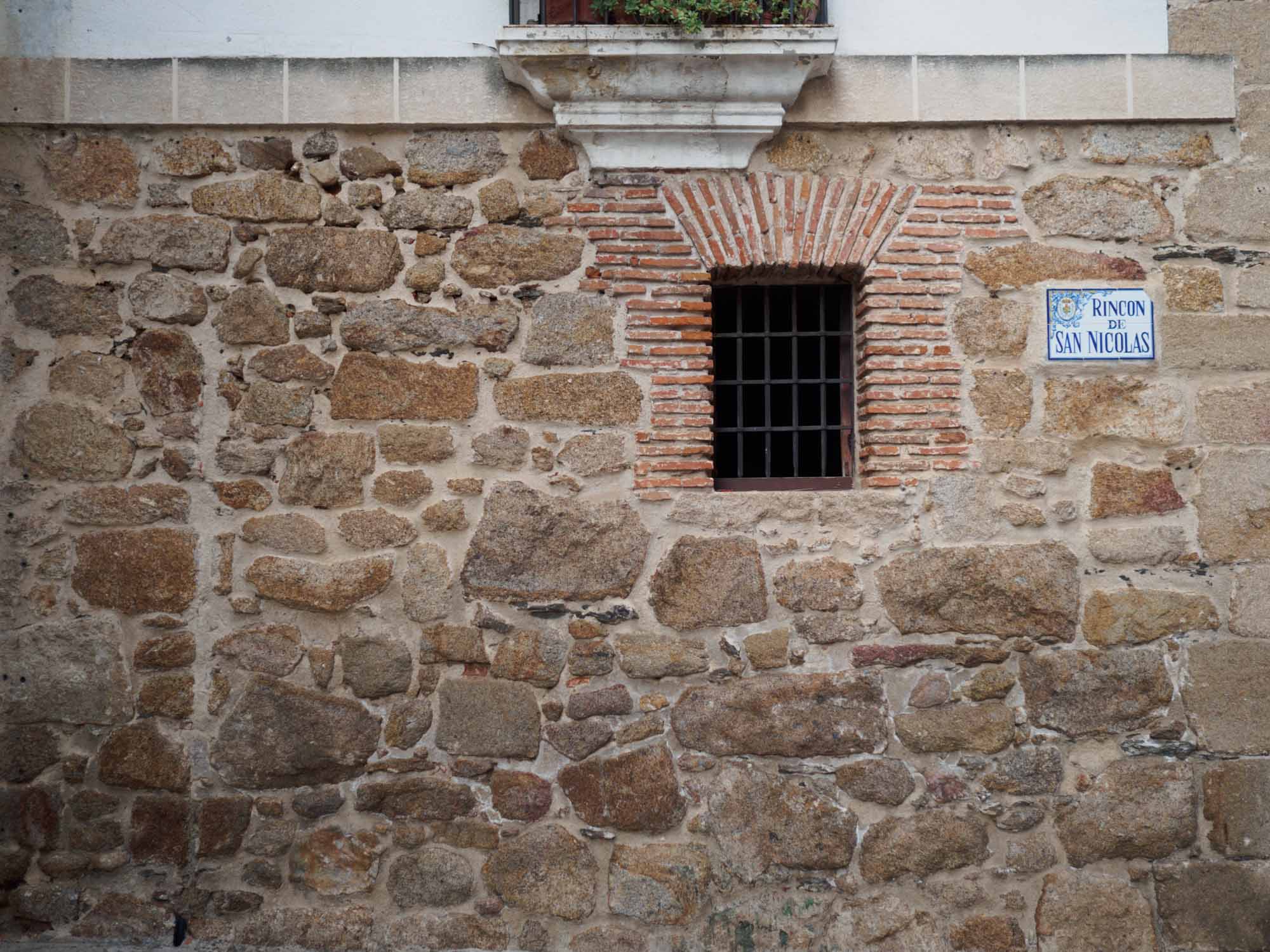 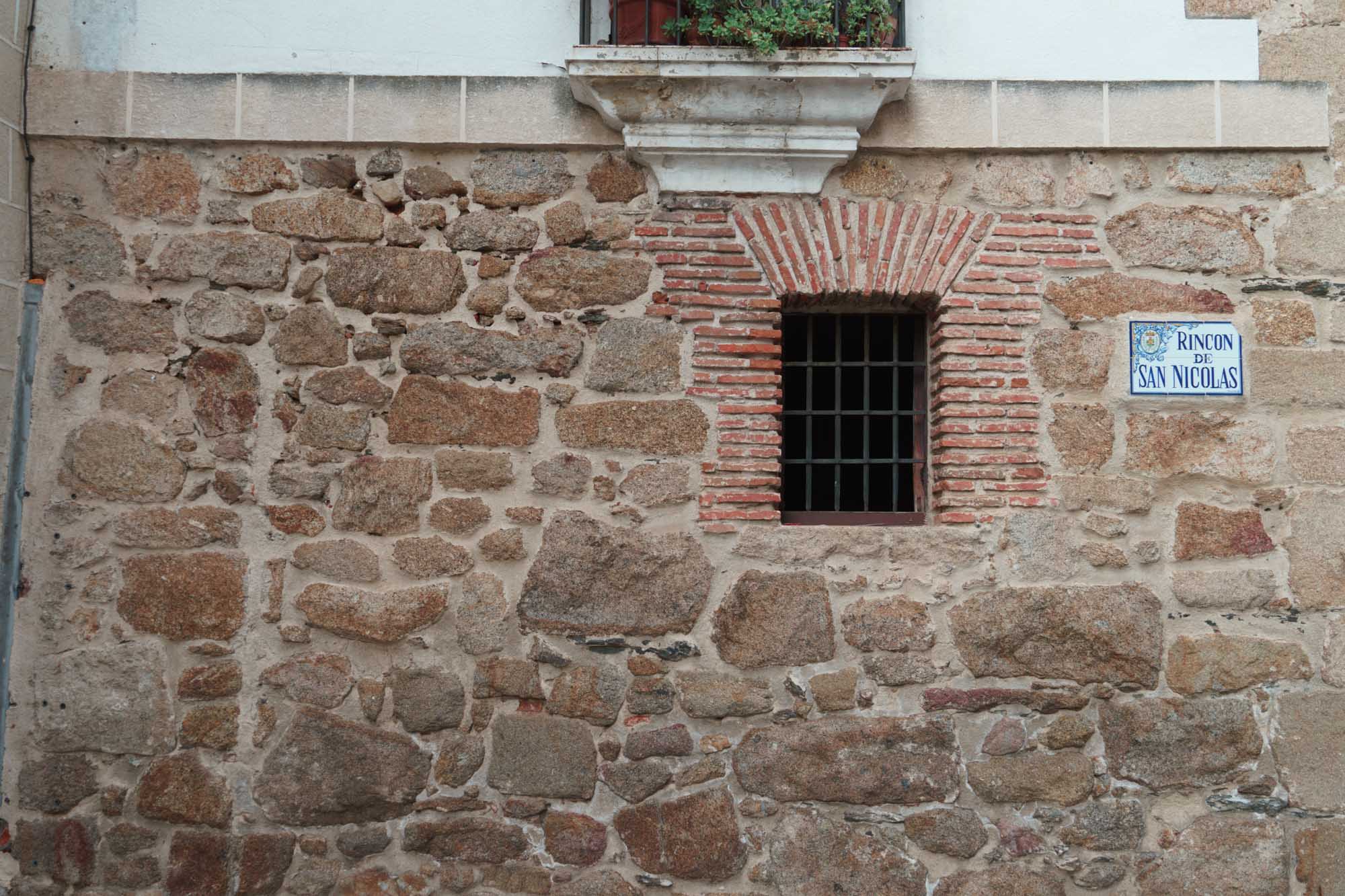 The Olympus was set at f/2 and the Zeiss at 34mm and f/4, with ISO being the minimum native value each camera supports (200 for the Olympus, 100 for the A7II). Both images were exported straight from RAW, with only white balance adjusted to Auto. No sharpening or any other processing has been done. Both images were shot handheld and image stabilization was on.

These conditions should create as level a playing field as possible between the two systems, while still being a real-world scenario, so let’s take a look at some 100% crops and see what we find. Images are retina-scaled, so if you’re reading this on a non-retina Mac, right-click on any of them and click “open image in a new tab” to see it pixel for pixel. 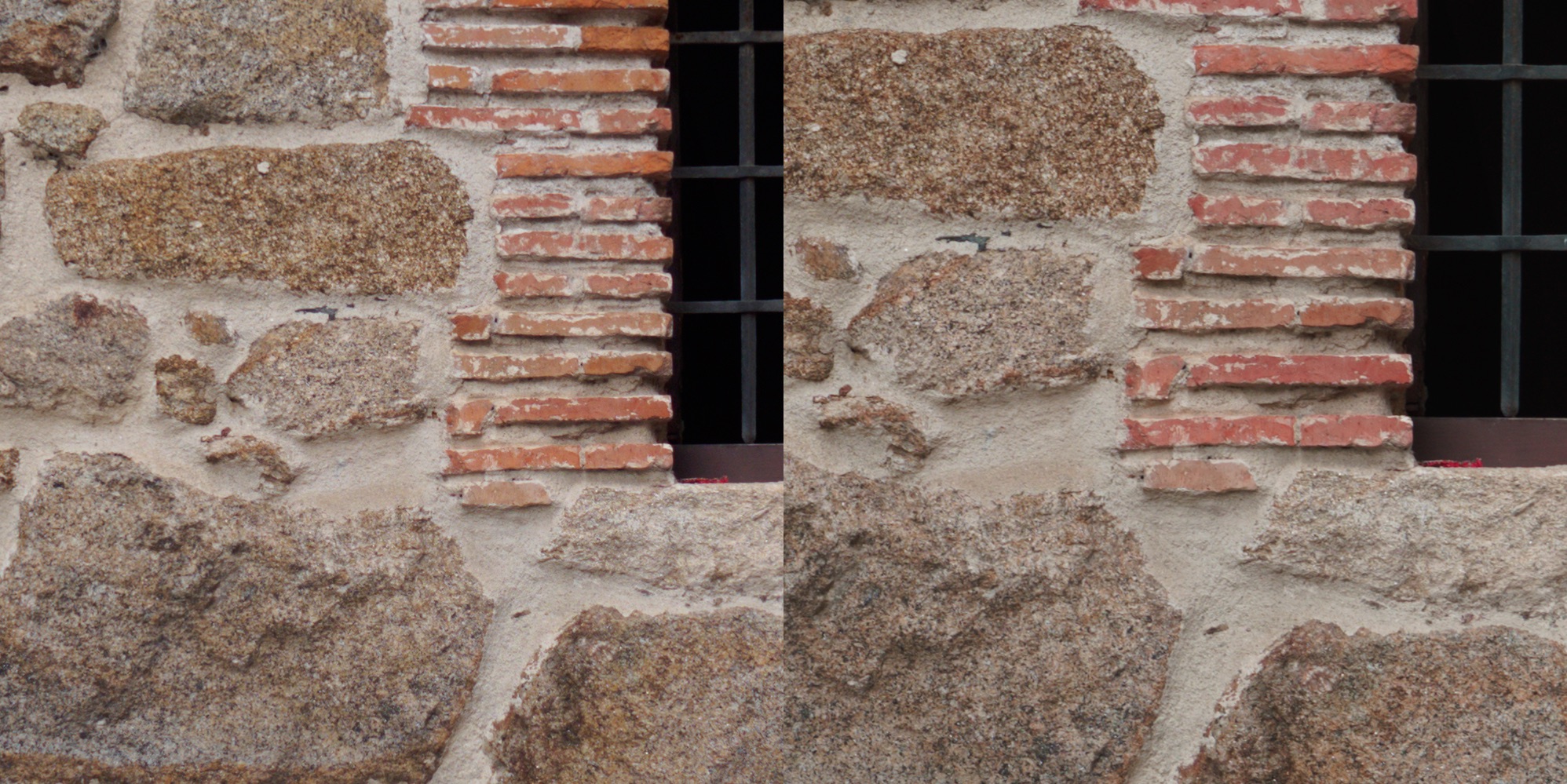 For all images, the Olympus is on the left and the Zeiss on the right. Center crops show both lenses have similar levels of sharpness, with the Zeiss showing slightly more detail thanks to the A7II’s higher resolution sensor. Even so, considering one is a prime lens and the other a zoom, this is already impressive for the Zeiss.

If we move slightly off-center, differences get more pronounced: 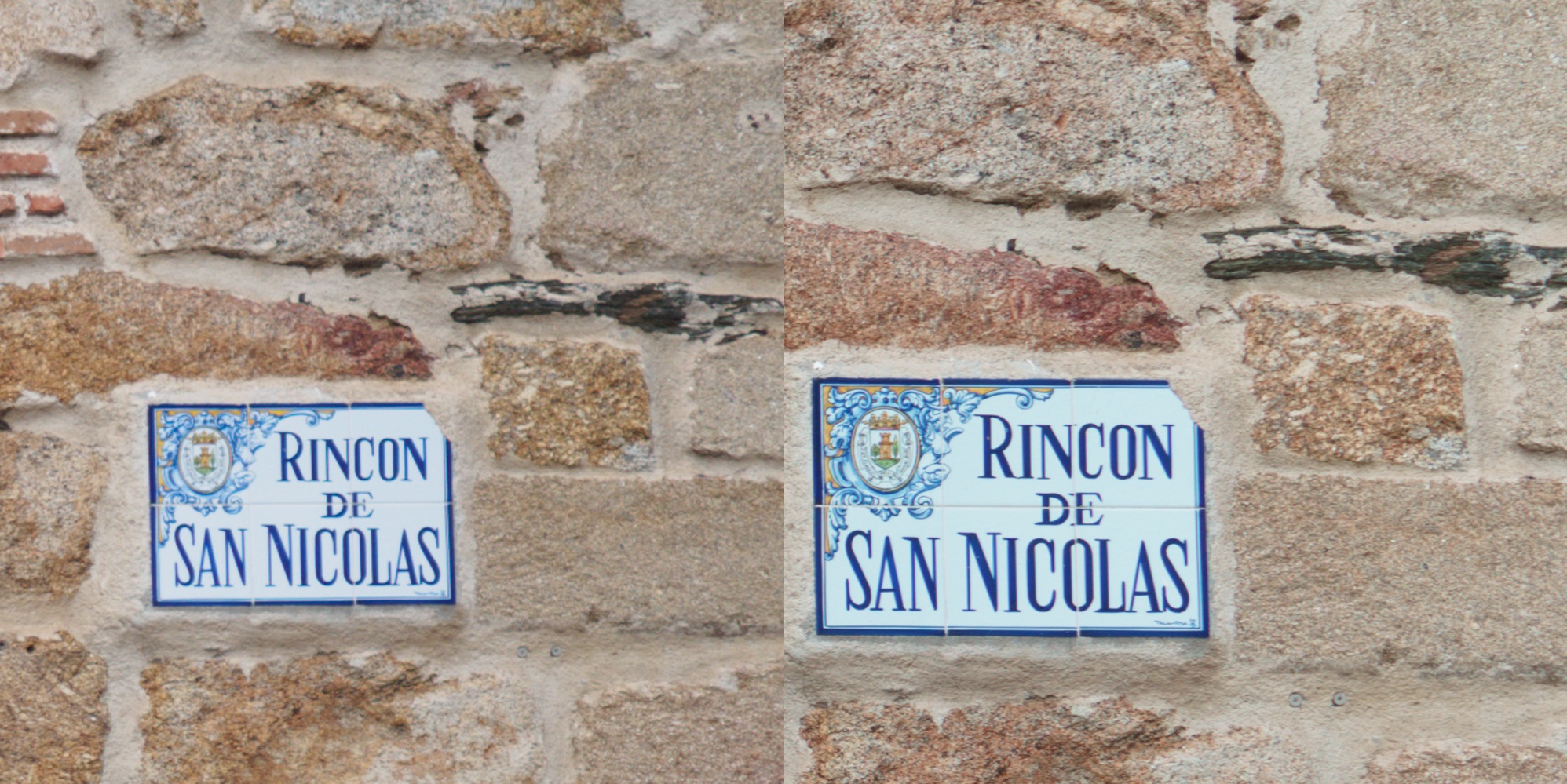 Here the Zeiss is quite a bit sharper, retaining far more detail than the Olympus. Check the intricate details on the street plaque to see how much of a difference there is.

So far it looks like a clean sweep for the Zeiss. However, the Olympus improves again in the far corners: 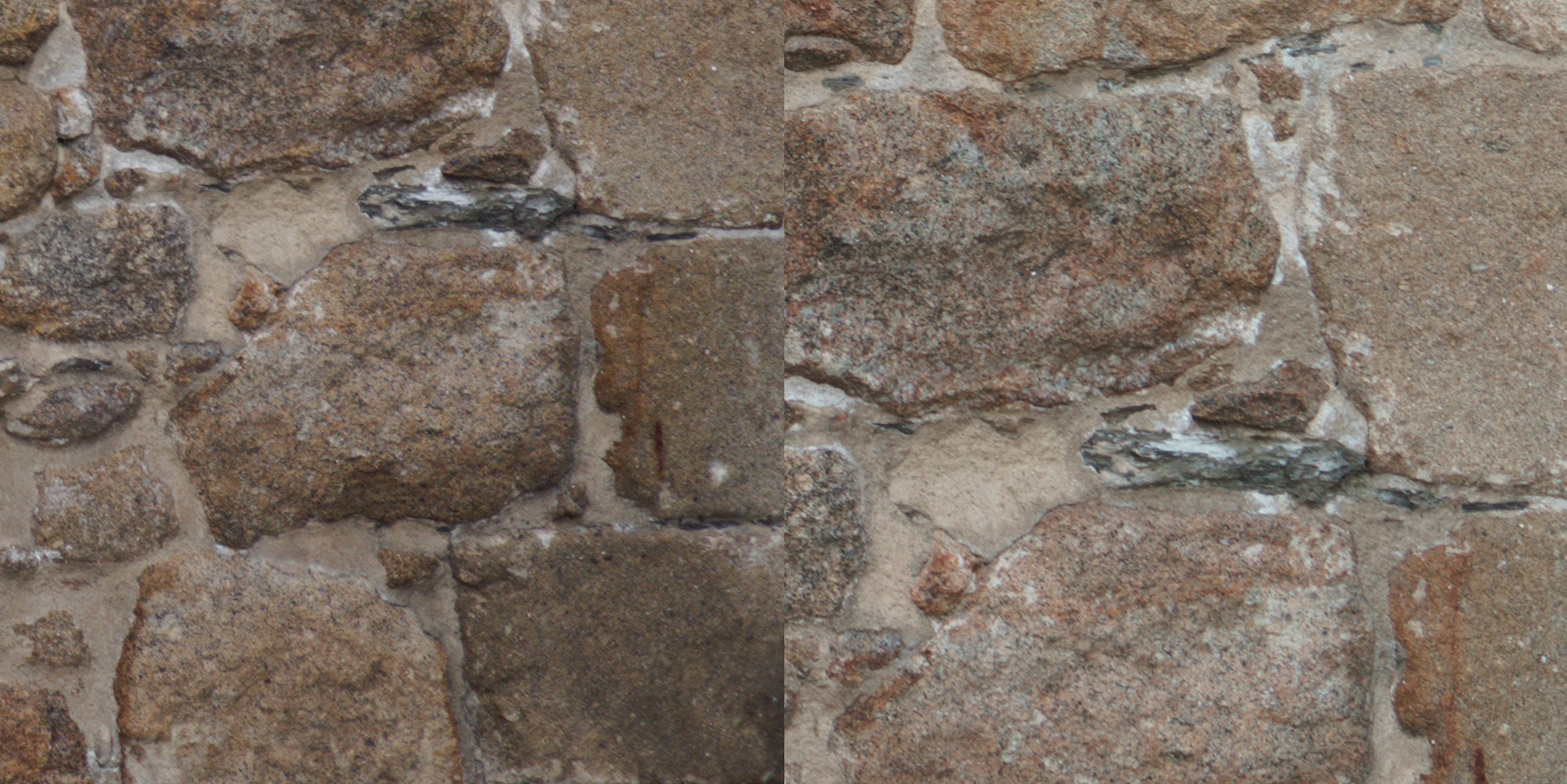 Here both lenses are again similarly sharp, with no discernible differences between the two. Both show similar amounts of detail. There are two things to consider here:

My main takeaway from this little experiment is that, while the Olympus did a great job in the center of the frame, the Zeiss is clearly the better overall lens. Of course, it also costs twice as much and is a completely different type of lens, so comparing the two doesn’t really make much sense.

The point is, the Zeiss 24-70mm is definitely a sharp lens, easily up to par with some well-regarded Micro Four Thirds primes, even down to the extreme corners. If the Zeiss 55mm turns out to be much better than this — and everyone says it is — it’s going to be a pretty sweet lens indeed.

Of course, I fully intend to test it as soon as I get my hands on the new lens, so we’ll find out soon enough.