LONDON – The world’s leading tennis website devoted to men’s professional tennis stepped up its game today with the re-launch of the ATP’s flagship website, ATPWorldTour.com.

Delivering an enhanced, immersive experience across multiple platforms, the full breadth of the website’s vast content and statistical information is available for the first time on smartphones and tablets. Following a successful soft launch over the weekend, the enhancements can be seen immediately on the ATP’s responsive-design English-language website, with the re-launch of its Spanish website to follow shortly. The ATP’s Chinese website will re-launch later this year.

What a train wreck of a redesign.

All that “responsive-design” talk on the official statement above is complete and utter bullshit. If this is the ATP stepping up its game, then tennis fans around the world are all pretty screwed.

Before the redesign, only limited functionality was available on mobile devices. The majority of sections simply refused to load, redirecting users to the homepage instead and showing fans exactly how much the ATP cared about responsiveness for years.

The new site, on the other hand, loads all the elements just fine on Mobile Safari, but that’s about the only good thing I can say about it. This is without a doubt one of the worst mobile designs I’ve seen in a pretty long time.

Allow me to walk you through how some of the site’s great new responsive elements work on an iPhone 5S: 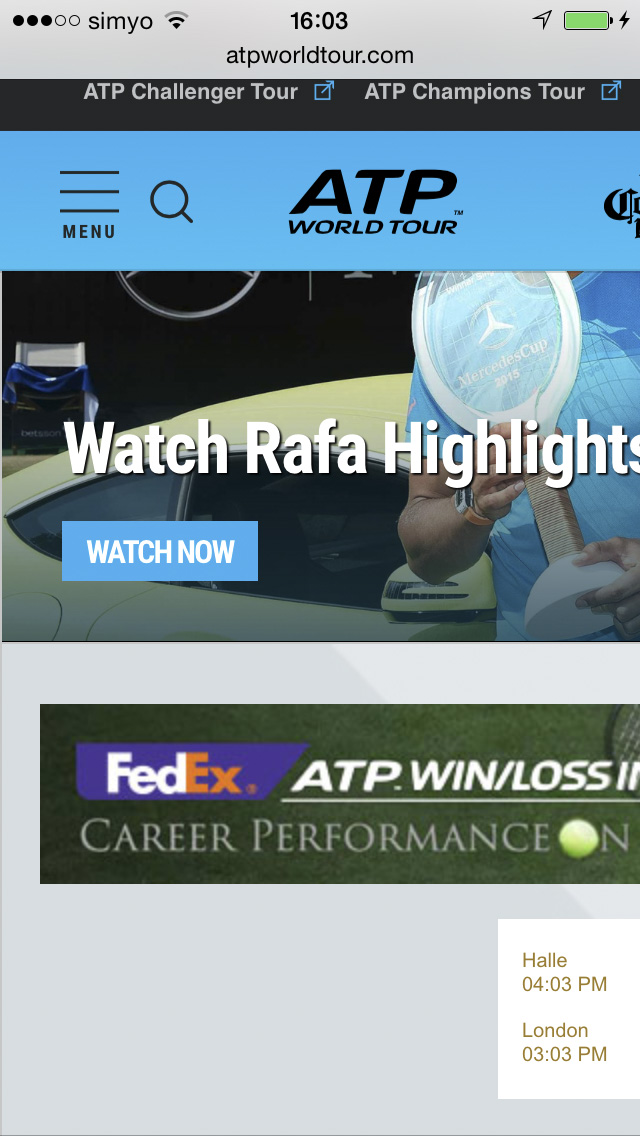 Came here for the headlines? Too bad. We hope you’re good at figuring out which words were cut out, or that you don’t really care about these thumbnails because no matter what you do, we won’t show you both at the same time. 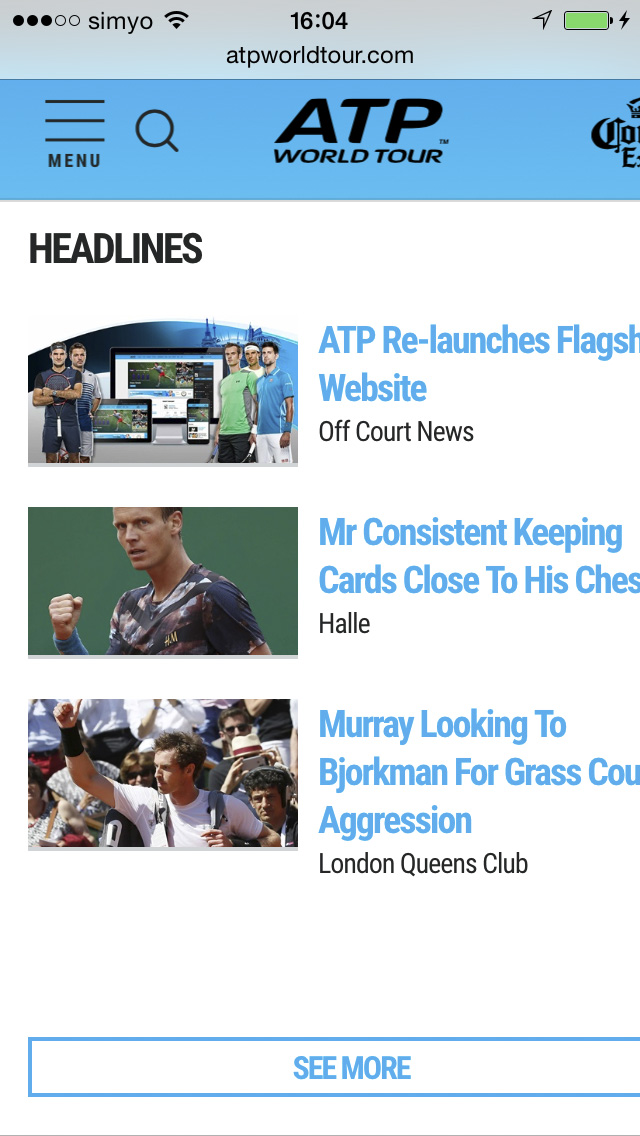 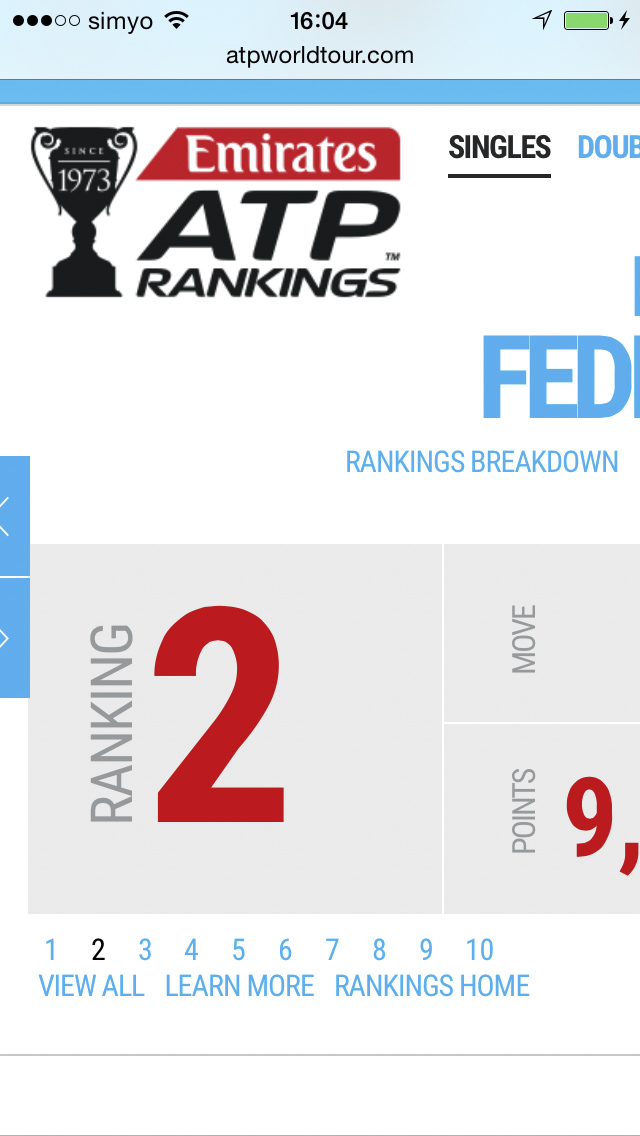 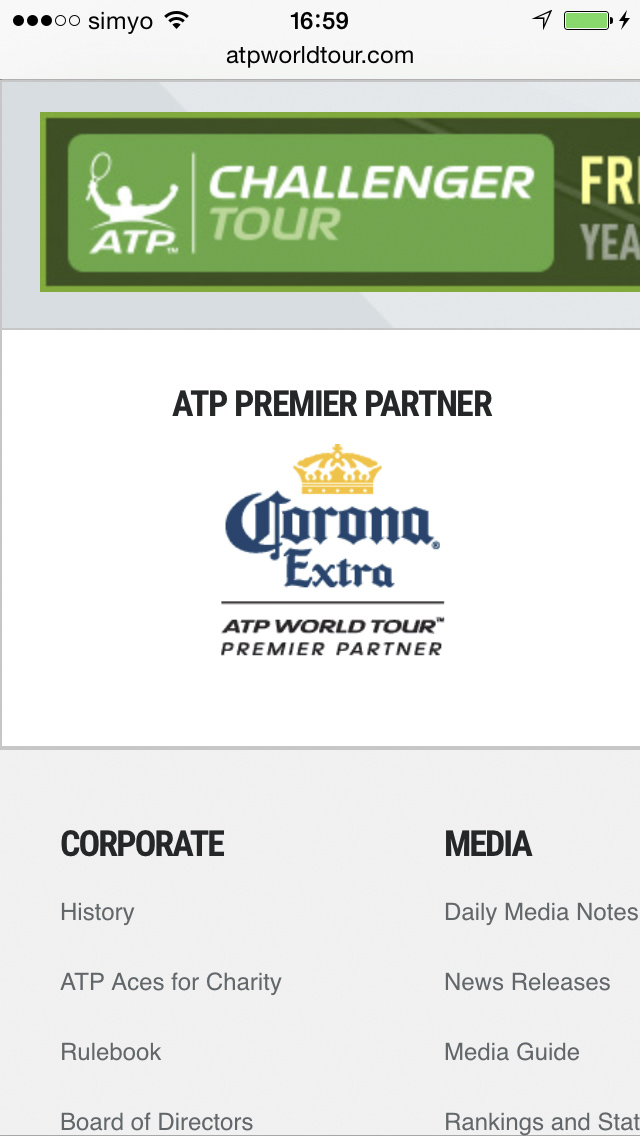 Who’s that guy in the blue shirt? All I’m getting is that Rafael Nadal blasted into his first grass-court fine, for some reason. Perhaps he was driving cross-country and broke the on-grass speed limit. Is that a thing? And how exactly does one blast into a fine? I’m no expert, but I think you’re doing it wrong, Rafa. 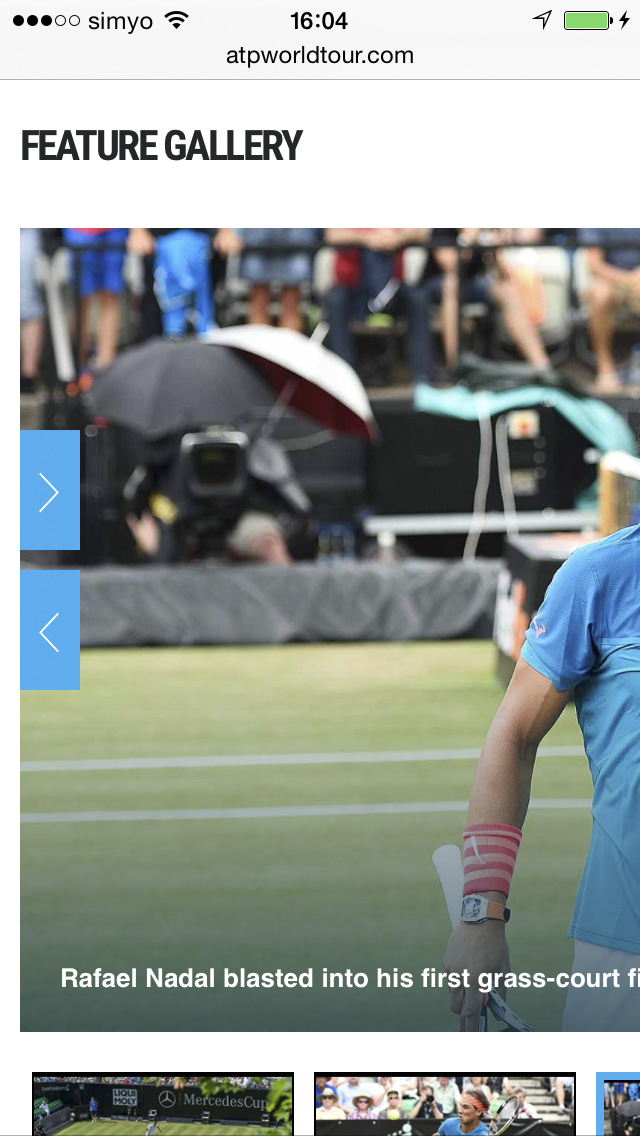 Those were just a few examples — there are plenty more where those came from — but you get the idea. And though some could be described as fairly minor issues, some of them are just ridiculous. I mean, what’s the point of having an image gallery if you can’t see the actual images?

The ATP World Tour’s official website has a long, sad history of being atrocious when it comes to mobile optimization, and the new version does little — if anything — to address that. What a wasted opportunity. They finally do a complete redesign after years of neglecting the website, and they manage to screw it up on the most basic elements.

All this goes to show is there are no shortcuts to doing great work. Responsive design is hard, but the ATP has no excuse. This is not a couple guys in a basement we’re talking about, it’s a major conglomerate that moves hundreds of millions of dollars around every year. They can afford it. This half-assed attempt is embarrassing to watch, and all the PR-speak in the world won’t fix it.

That, in 2015, a major sport’s website can’t even get the basics of responsive design right is appalling. That it comes right on the heels of a major redesign is quite simply inexcusable.