NOTE: This is the fourth article in my Introduction to Whisky series. You can read the past articles in the series here.

After Glenmorangie Ten Year Old - The Original, which I reviewed here a few weeks ago, The Quinta Ruban is the next step in Glenmorangie’s core range. It’s a 12-year-old single malt and it’s the result of letting The Original mature for an extra couple of years in Portuguese port casks. 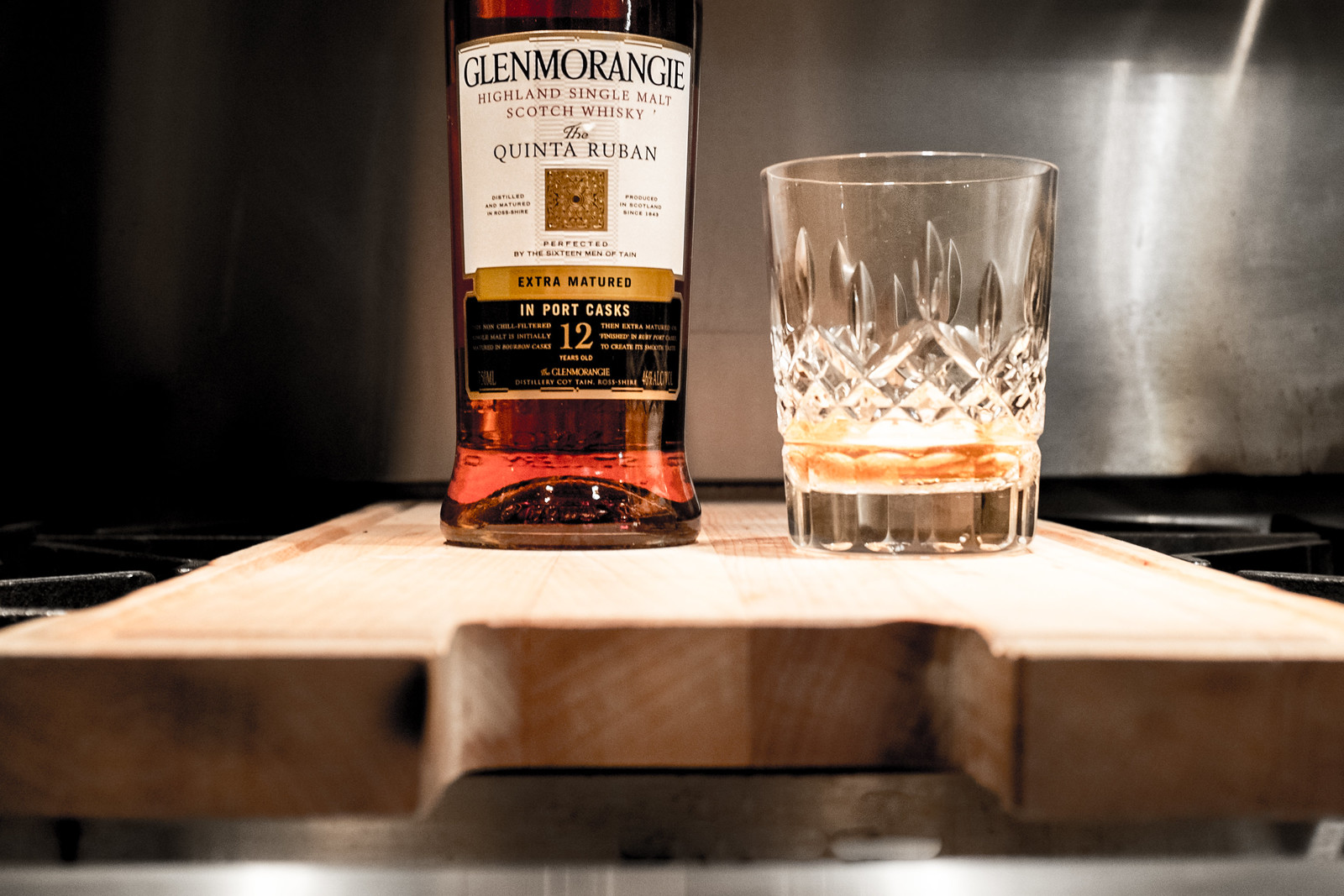 I already wrote in some detail about the origins of the Glenmorangie distillery in my review of The Original, so I won’t repeat that part here. If you haven’t read that article, now would be an excellent time to do so. It’s OK, I’ll wait. Besides, The Original is actually the base for The Quinta Ruban, so it makes sense to get to know it before venturing in deeper waters.

Back already? Awesome. Then let’s take a closer look at The Quinta Ruban and see what we find.

A word about Glenmorangie’s wood-finished variants

According to Wikipedia, finishing is “the procedure that some whiskeys [sic] undergo whereby the spirit is matured in a cask of a particular origin and then spends time in a cask of different origin”.

Besides The Quinta Ruban and The Original, Glenmorangie’s core range currently includes two other 12-year-old wood-finished single malts. The Lasanta is finished in Spanish Oloroso Sherry casks and The Nectar D'Or is the Sauternes-finished variant.

If you’d like to taste all of them, Amazon UK has a nice gift set that includes a 10 cl bottle of each of the four variants for £36.99, or about $60. It would be a fantastic gift for any whisky aficionado. 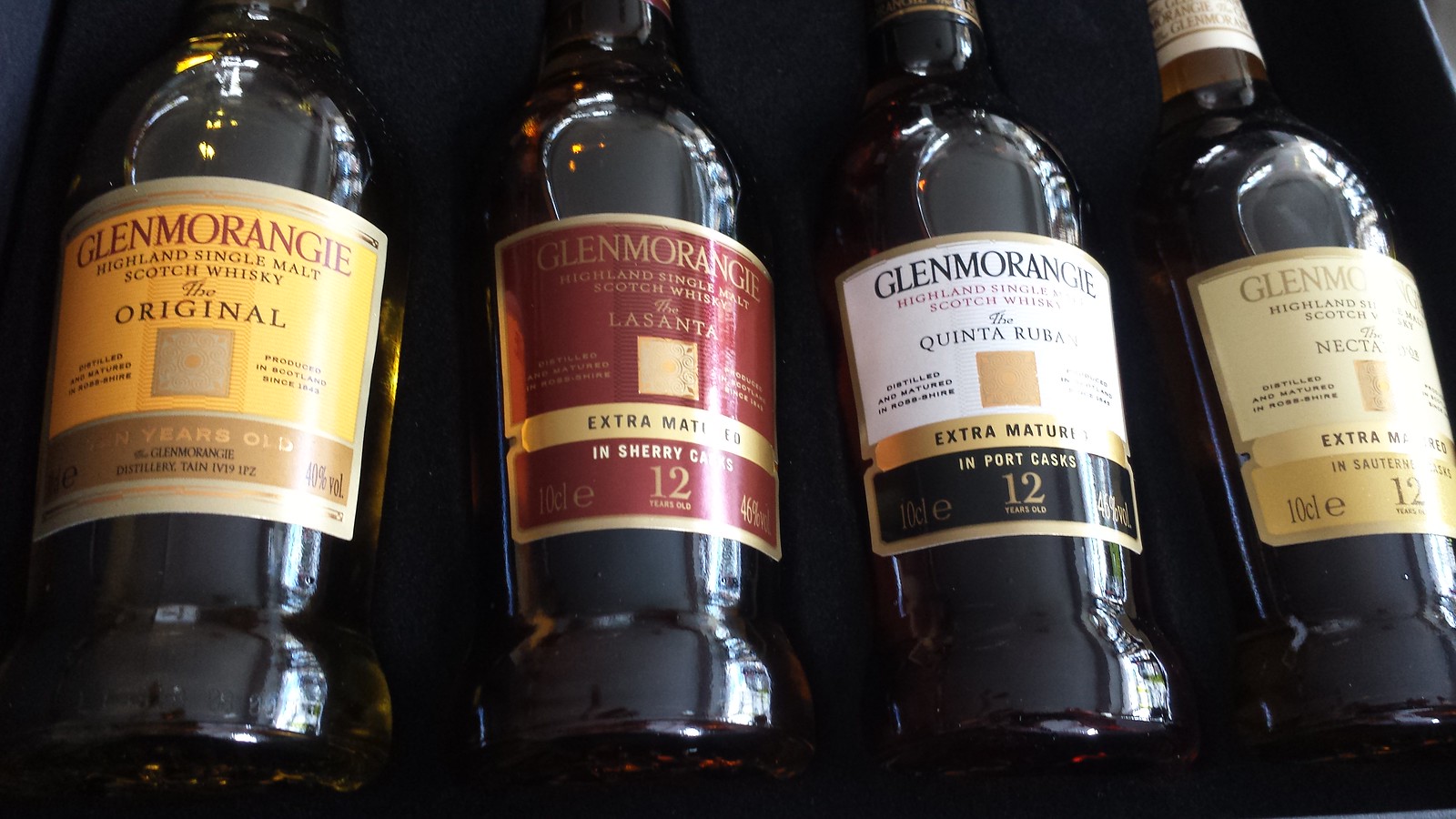 Port and Sherry are fortified wines — Sauternes is a sweet wine from France — that are commonly used by some distillers to finish their whiskies. In this case, Glenmorangie’s master distiller tried to add an extra layer of complexity by incorporating some of the sweetness and richness of these strongly aromatic wines to their already excellent The Original. The results, however, are a bit of a mixed bag. But let’s not get ahead of ourselves.

Learning to nose whisky, one dram at a time

The Quinta Ruban is the first whisky I’m tasting — or nosing, as the term seems to be — off a single-serving 3 cl dram. I purchased a set of 13 different drams on Master of Malt a couple months ago, when I put together the list of whiskies I wanted to taste in my first approach to the world of single malt whisky. This was not one of my 11 original selections, but I added it to the list at the last minute on Matt Gemmell’s recommendation. 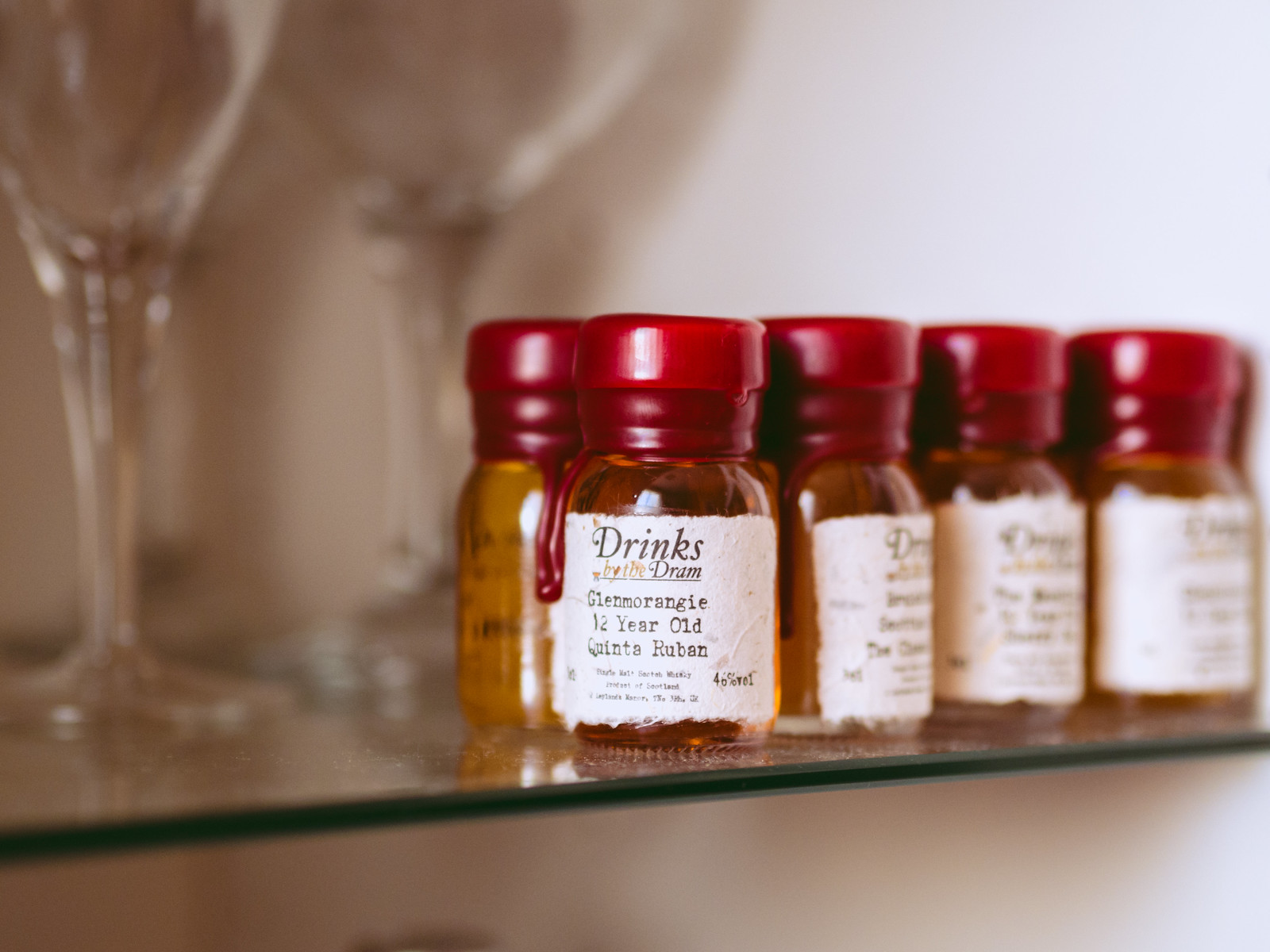 The drams themselves are lovely. They look a bit like antique apothecary bottles, and they feel right at home in my liquor cabinet. The red wax seal preserves all the aroma and character of the whisky, and the label displays all the information you need. It’s a wonderful way to peruse rare or expensive whiskies without needing to spend hundreds of dollars. 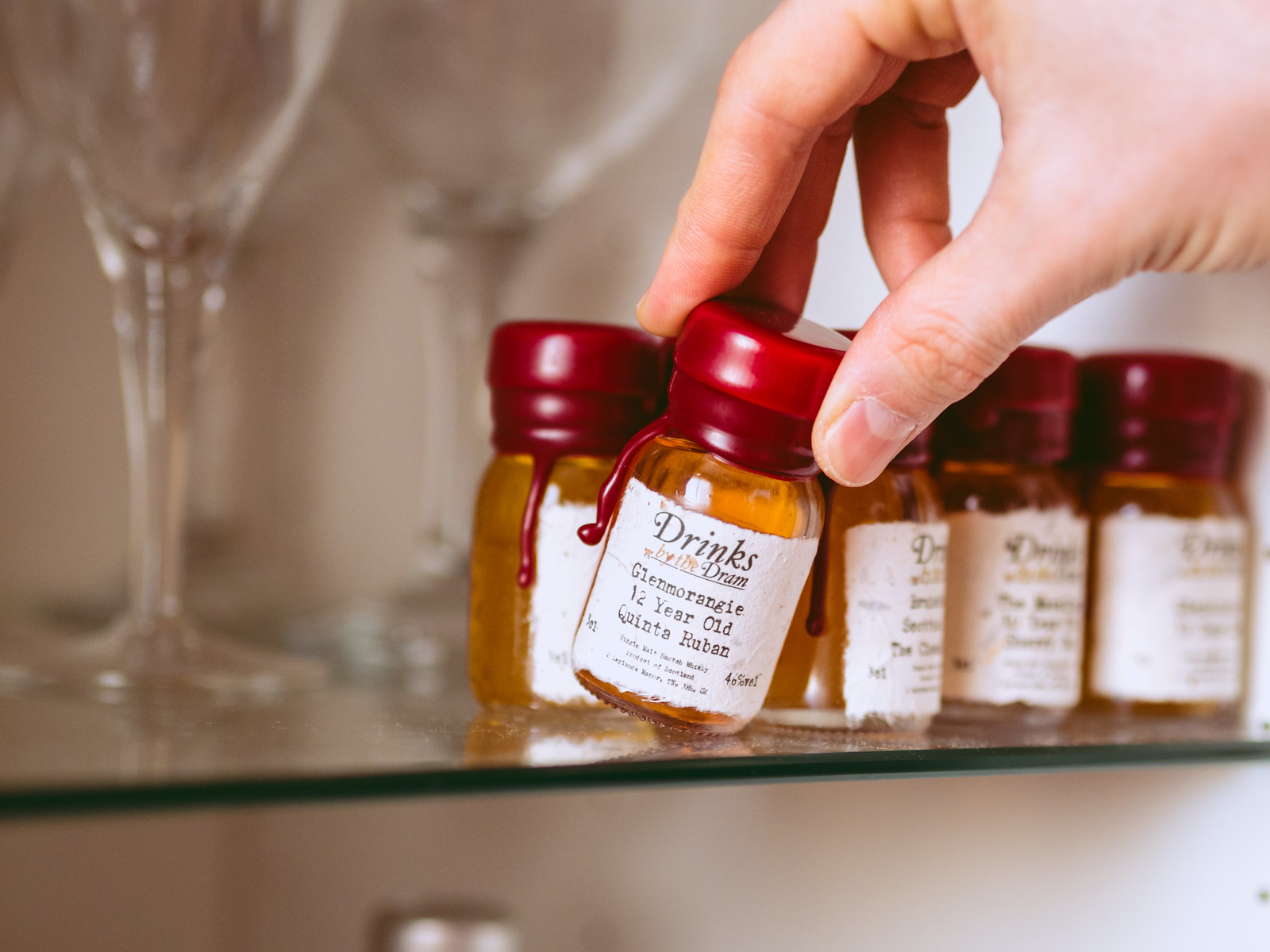 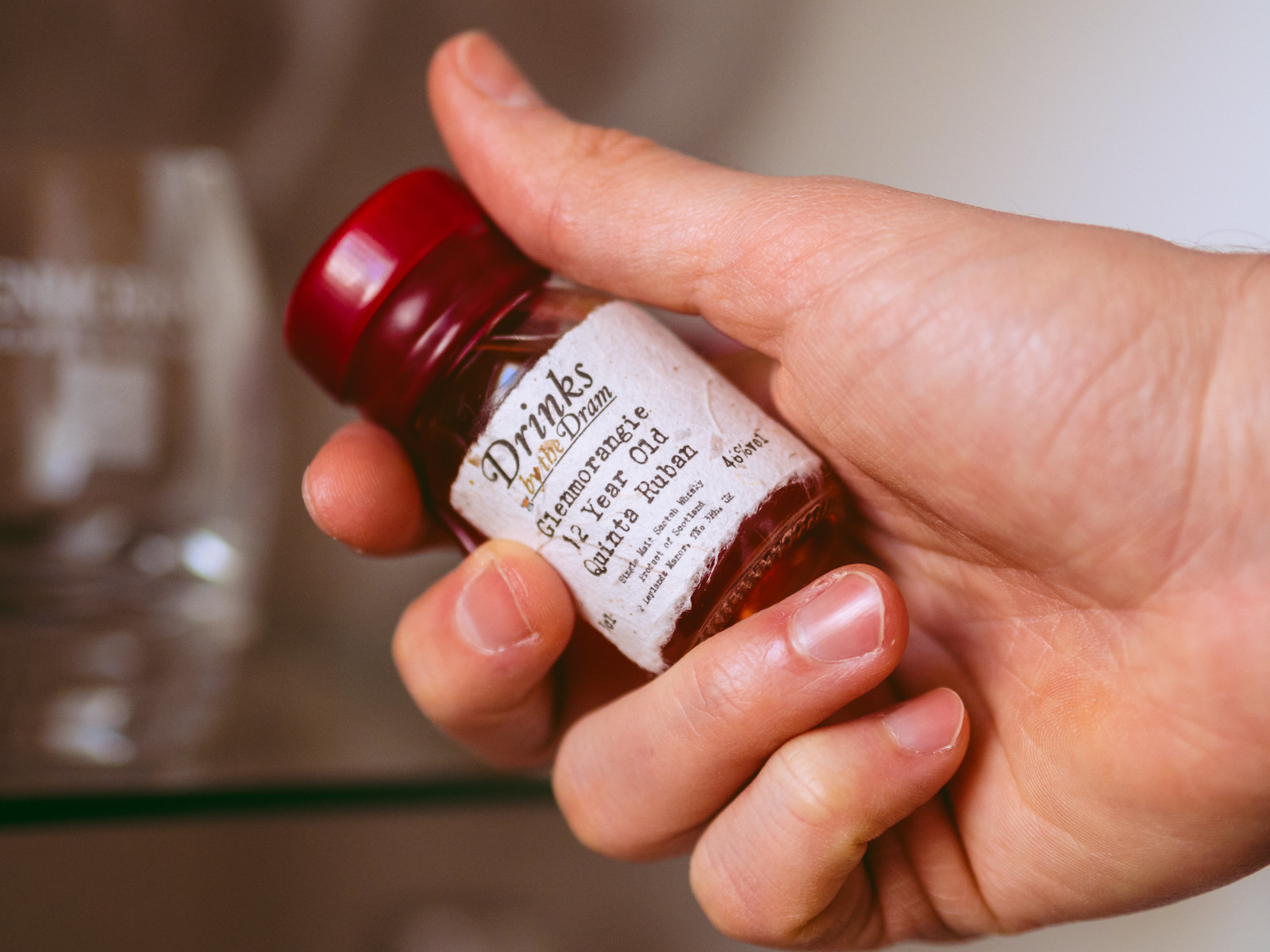 The only complaint I have about these drams — and it’s admittedly nitpicking — is their size. They’re perfectly adequate, but I can’t help but feel they’re just a tiny bit too small for my taste. It’s so close that it really is a shame; a measure of 4 cl instead of 3 would have been perfect. It doesn’t look like much, but if there’s one thing we can all agree upon it’s that, all other things being equal, more whisky is better. 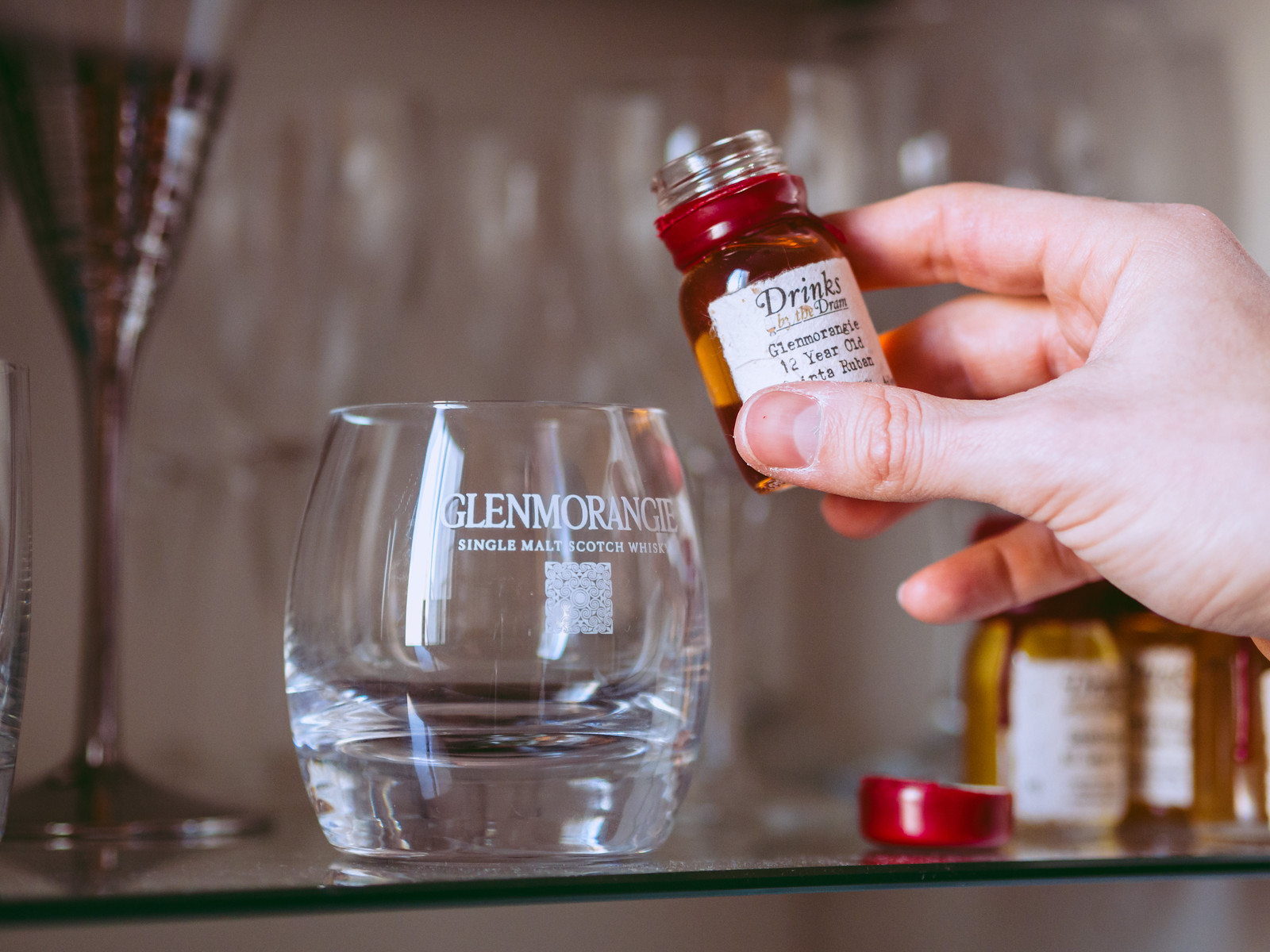 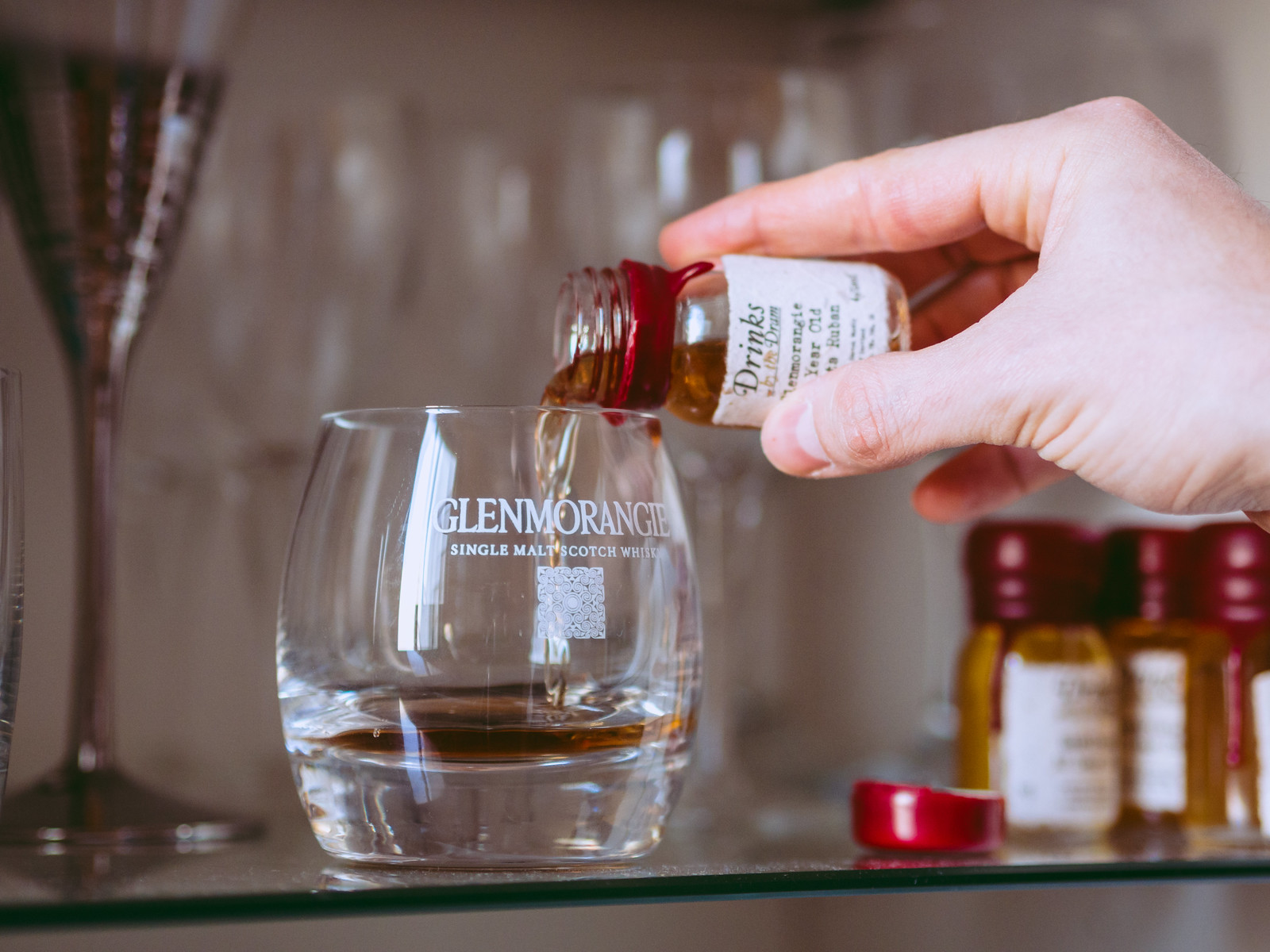 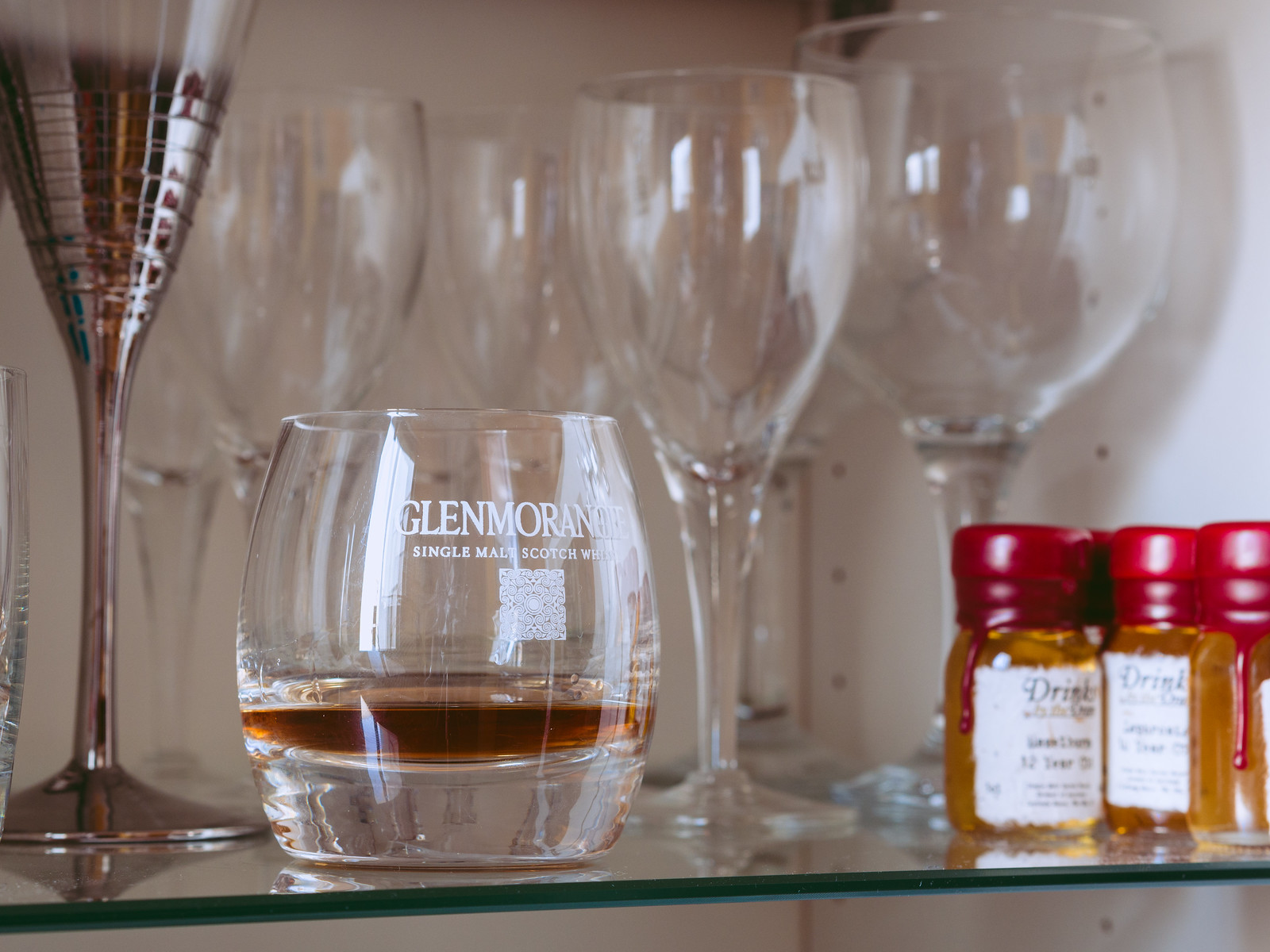 The Quinta Ruban is described by Glenmorangie as “The darkest and most intense whisky in the extra-matured range”. It’s certainly darker than The Original, with a lovely mahogany color that I would rate as 1.6 on the Whisky Magazine color chart:

Click or tap on the chart to view it full-size

The difference between this one and The Original — which I rated as 0.2-0.3 on that same chart — is striking: 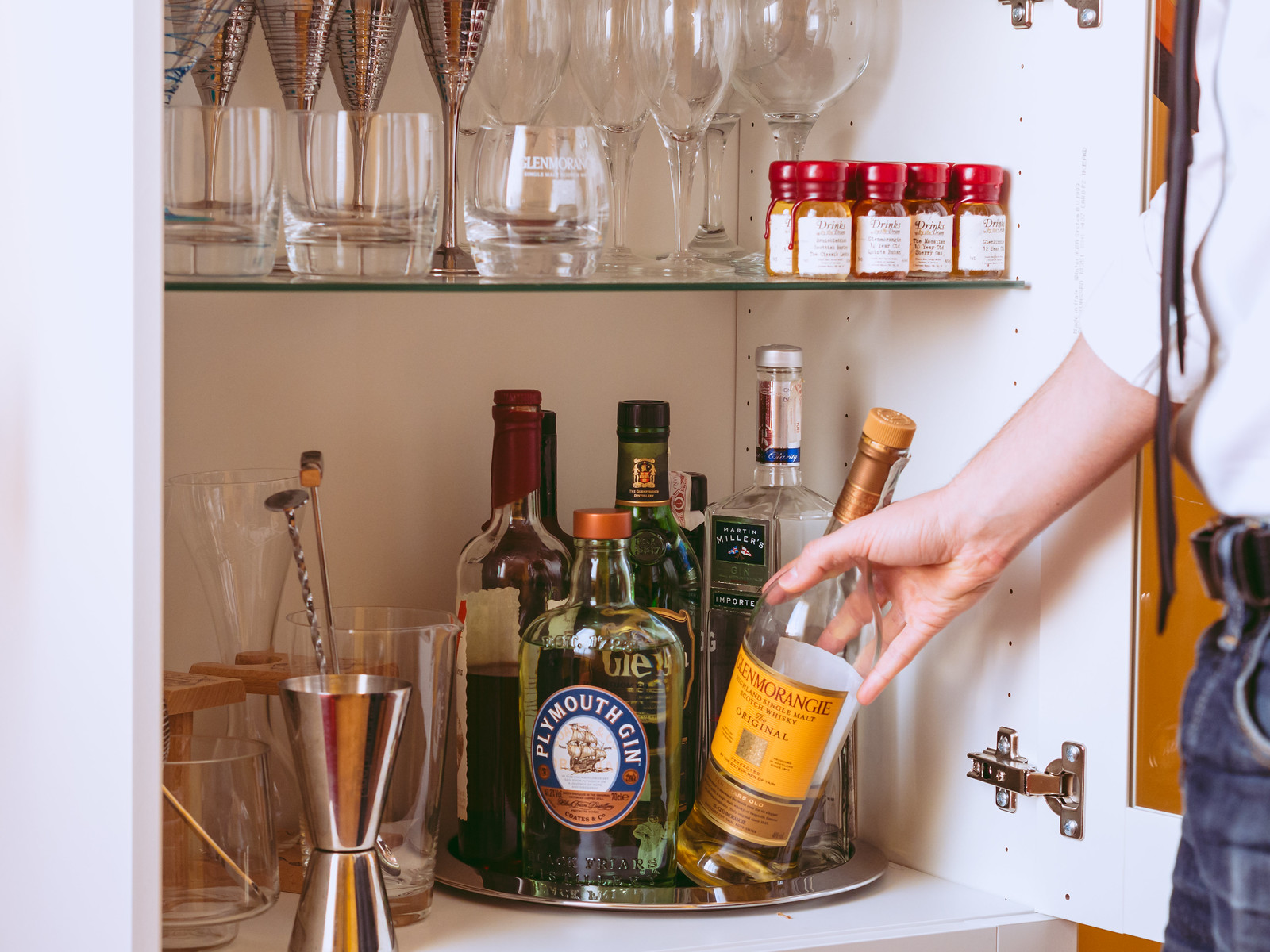 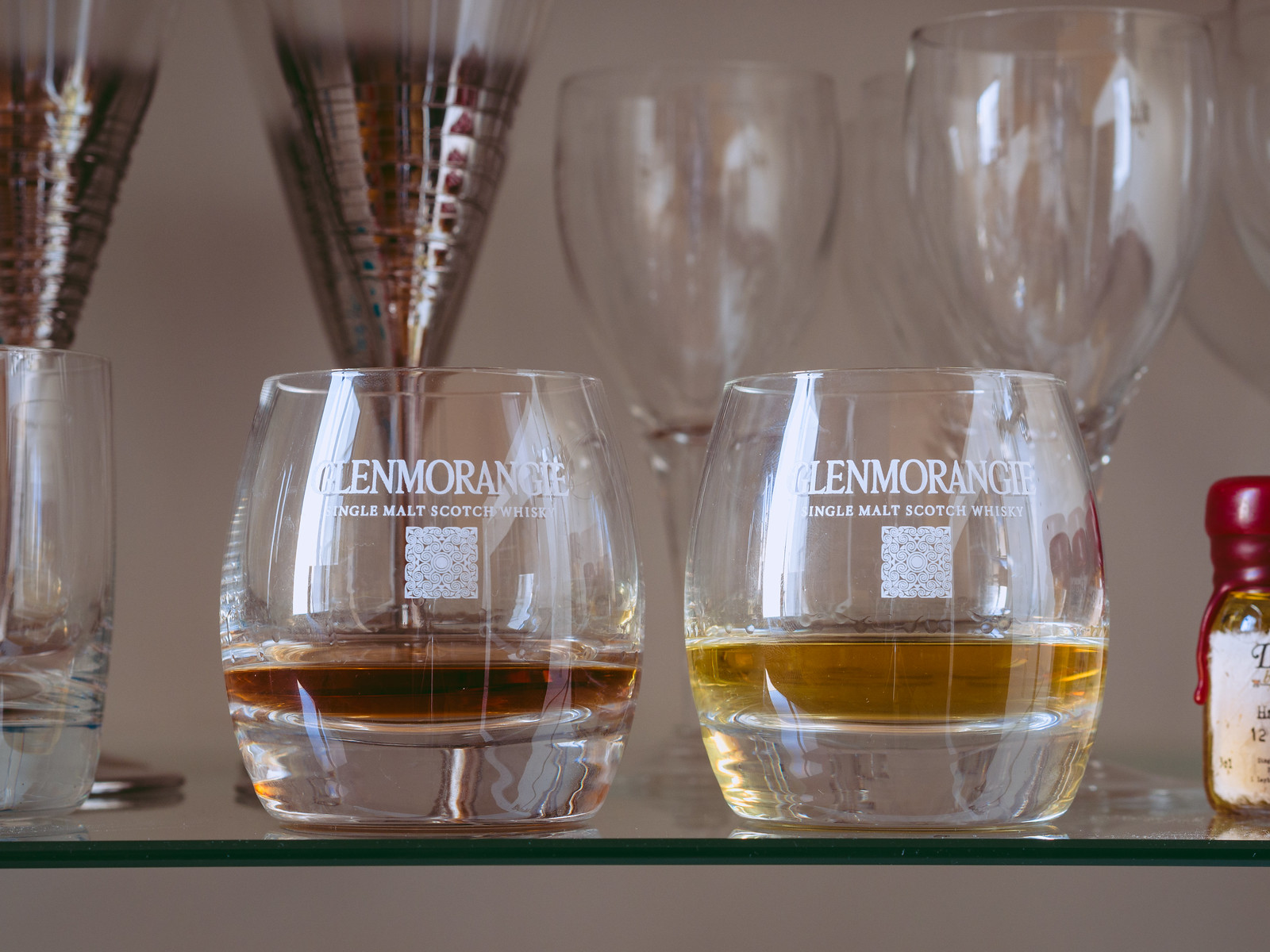 Yes, your eyes don't deceive you: there is more whisky — and therefore, more happiness — in the second glass

This difference is not only cosmetic, mind you: unlike The Original, The Quinta Ruban is non-chill filtered and has no caramel coloring. That means the color we see is entirely due to the distillation process. In this case, The Quinta Ruban owes its darker, richer color to the time it spent maturing in port casks.

No matter how many times I tasted The Original, I was never able to discover any fruity aromas, and that drove me mad. Here, on the other hand, they’re present in spades, but that doesn’t make The Quinta Ruban any easier to nose. Here’s a video of the official tasting notes by Glenmorangie’s master distiller:

On my first approach I was immediately surprised by its boldness, and the overwhelming sensation that washed over me as I inhaled. A very strong aroma compared to The Original, I thought of bitter oranges and something like peaches, but not quite. There’s also a bit of caramel, or toffee. The port comes through with a hint of sweetness in the end.

This dram has been a constant struggle for me because the components are all there, but not in their usual form. It’s like they’ve been tampered with, almost. You think you smell oranges, but then you think of marmalade. You think you recognize a hint of cinnamon, but on your next pass it’s gone. It’s as if too many scents were fighting for your attention, and the total was somehow less than the sum of its parts.

Of course, one can never discount the fact that this may be due to my inexperience in nosing whiskies as complex as this one. I assume that a more seasoned nose would be able to appreciate it in its full glory, but unfortunately it appears I’m not quite there yet.

I will say this, though: even if I’m not able to pick apart each individual scent, I really do enjoy the boldness of The Quinta Ruban’s aroma. 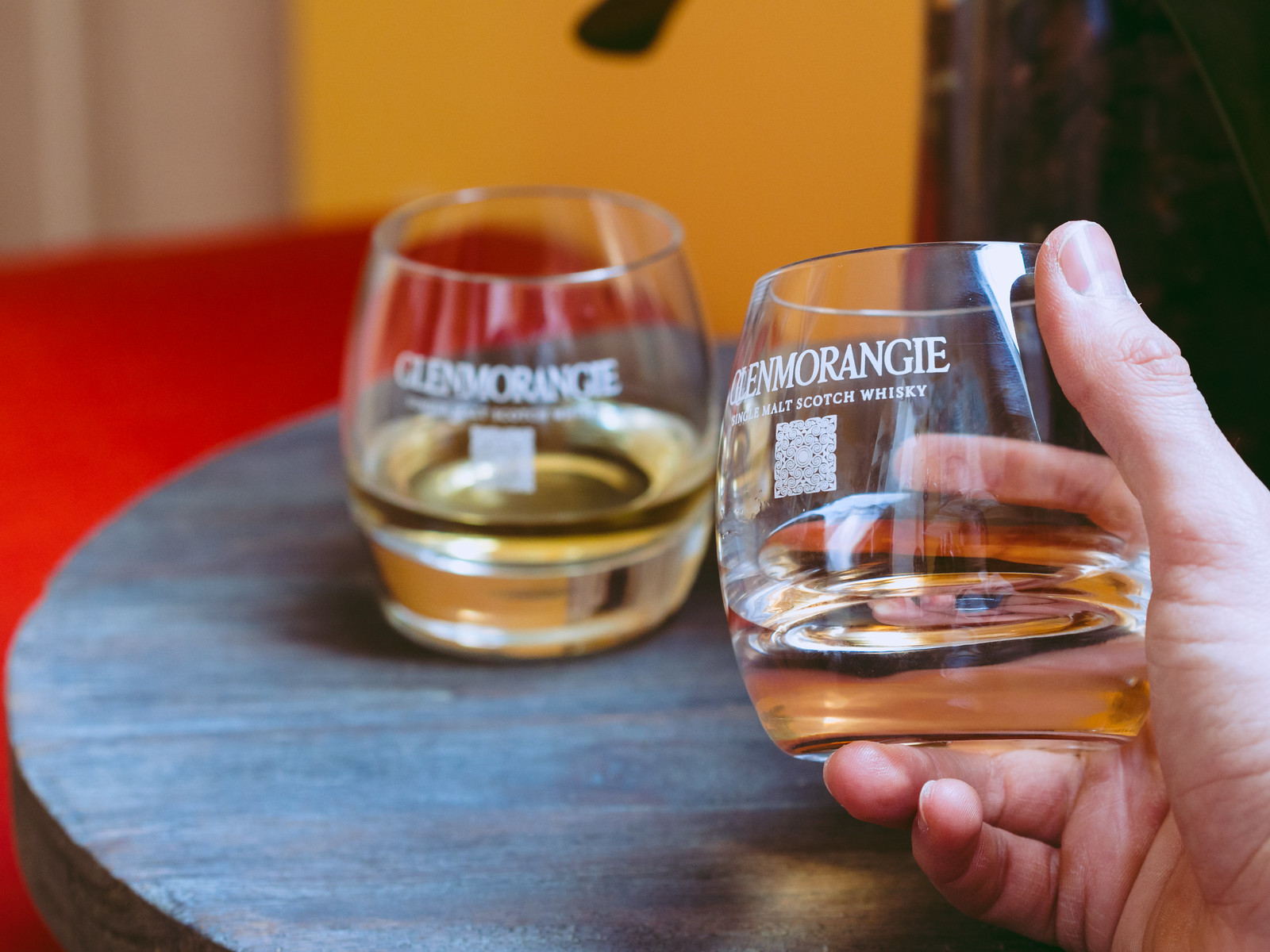 Here is where things start getting ugly, unfortunately. The Quinta Ruban is bottled at 46% alcohol, which means it needs quite a bit of water to open up and be more enjoyable. Not adding enough water results in a very unpleasant burning sensation that dulls your perception of the whisky. Conversely, adding too much water means you’ll end up with a drowned, character-less whisky that won’t tell you much either.

Once you get the right amount of water and swirl it in the glass for a while, The Quinta Ruban is sweet and herbal, which to me seems like an odd combination. In fact, while I drank it I couldn’t stop thinking about medicine. It also feels somewhat chemical, and it reminds me of a cough syrup that’s been made artificially sweet in order to trick you into thinking you’re having something else. I may have an unresolved childhood trauma with cough syrups, because the thought made me quite uneasy about it. 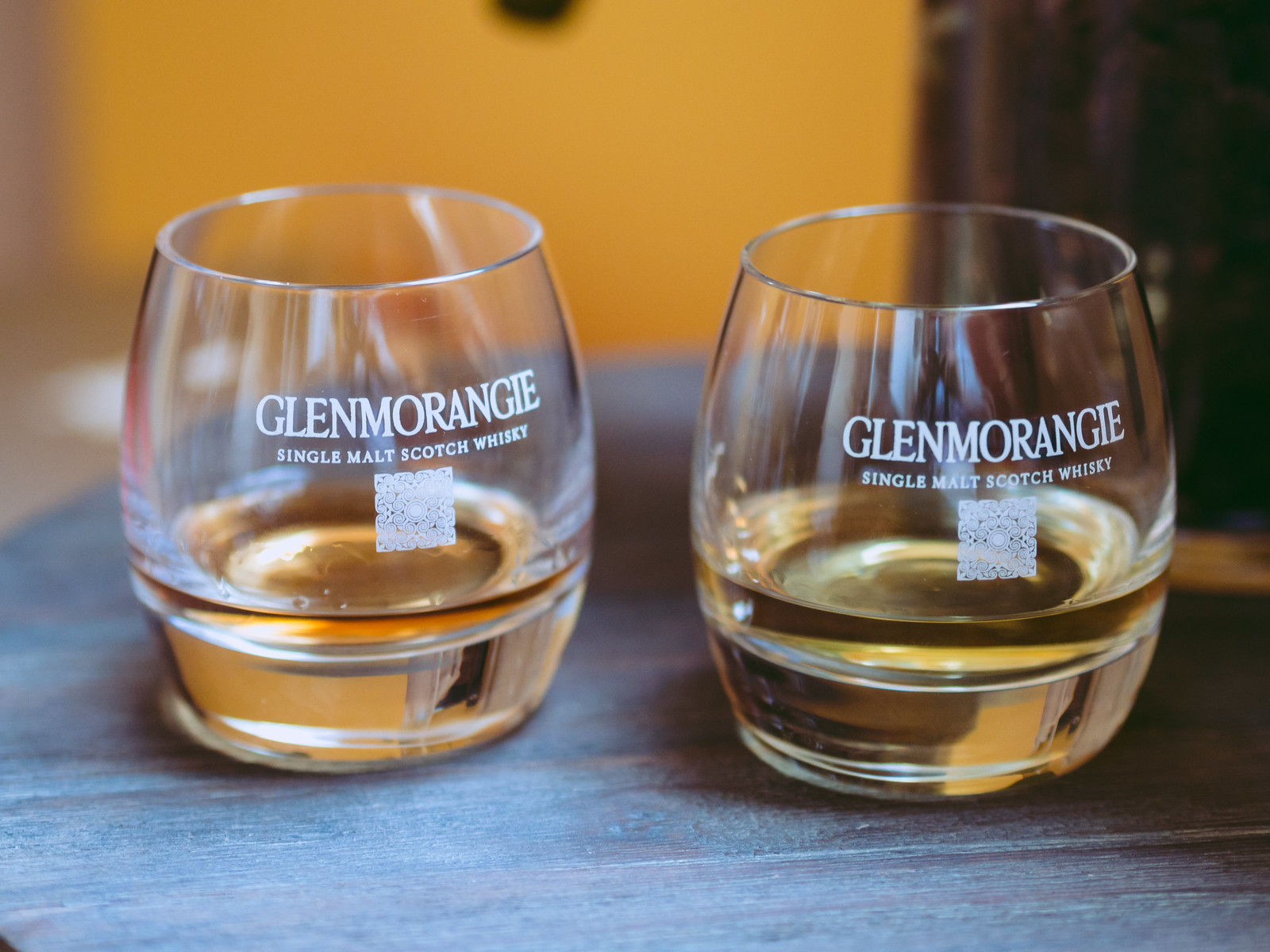 I’d say it’s long, and thankfully subtle. The weird, sort-of-chemical taste wears off fairly quickly, and the remaining sweetness lingers on for a good while after that. I quite enjoy the aftertaste, to be honest, just not what I have to go through in order to get there.

It’s hard for me to think of a situation to recommend this particular whisky, because I honestly don’t see myself buying a full-sized bottle, and I certainly wouldn’t order it if I had other decent choices.

That said, in my mind wood-finished whiskies like The Quinta Ruban, The Lasanta or The Macallan are inherently classier than others. Their darker hue is a very characteristic trait that I’ve come to associate with sophistication and elegance through the magic of cinema and television — Don Draper, I’m looking at you.

I would then suggest to leave this one for more formal occasions, where it’s not only about enjoying a fine dram, but also looking good while doing it. 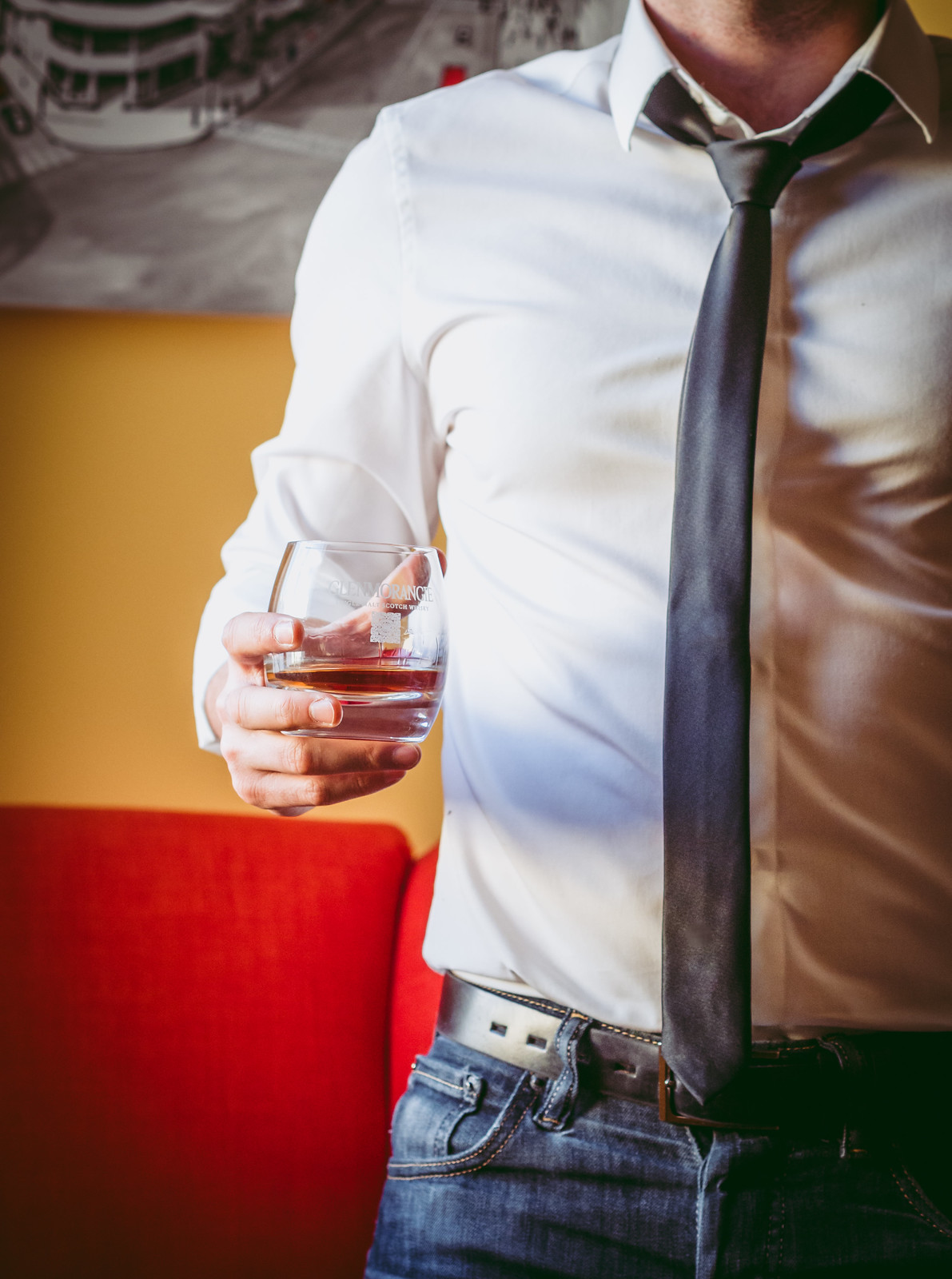 Like I said, this one’s definitely a mixed bag. While there’s plenty to love here, I’m still unconvinced and I can’t help but think that if I were given the choice between this one and The Original, I would pick The Original every time.

I’m well aware that I haven’t had a whole lot of time to get properly acquainted with it, and I do believe it’s the kind of whisky that gets better with time and continued exposure. However, there are a couple things here I’m not too fond of, such as the herbal touch in combination with its rather overpowering sweetness. These little things will probably keep me from coming back too often to this one. That said, I’m curious to try The Lasanta and The Nectar D'Or, so perhaps I’ll buy the gift set and give it another chance. We’ll see.

In any case, I have no doubts The Quinta Ruban is an excellent single malt, it’s just not up my particular alley. I guess you can’t win every game.

I look forward to my next stop, and I think I’m ready for stronger flavors. Perhaps it’s time to revisit Talisker — I had a first brush with it years ago — or maybe even one of the the more peaty Islay denominations if I’m feeling brave. Until then, happy nosing! 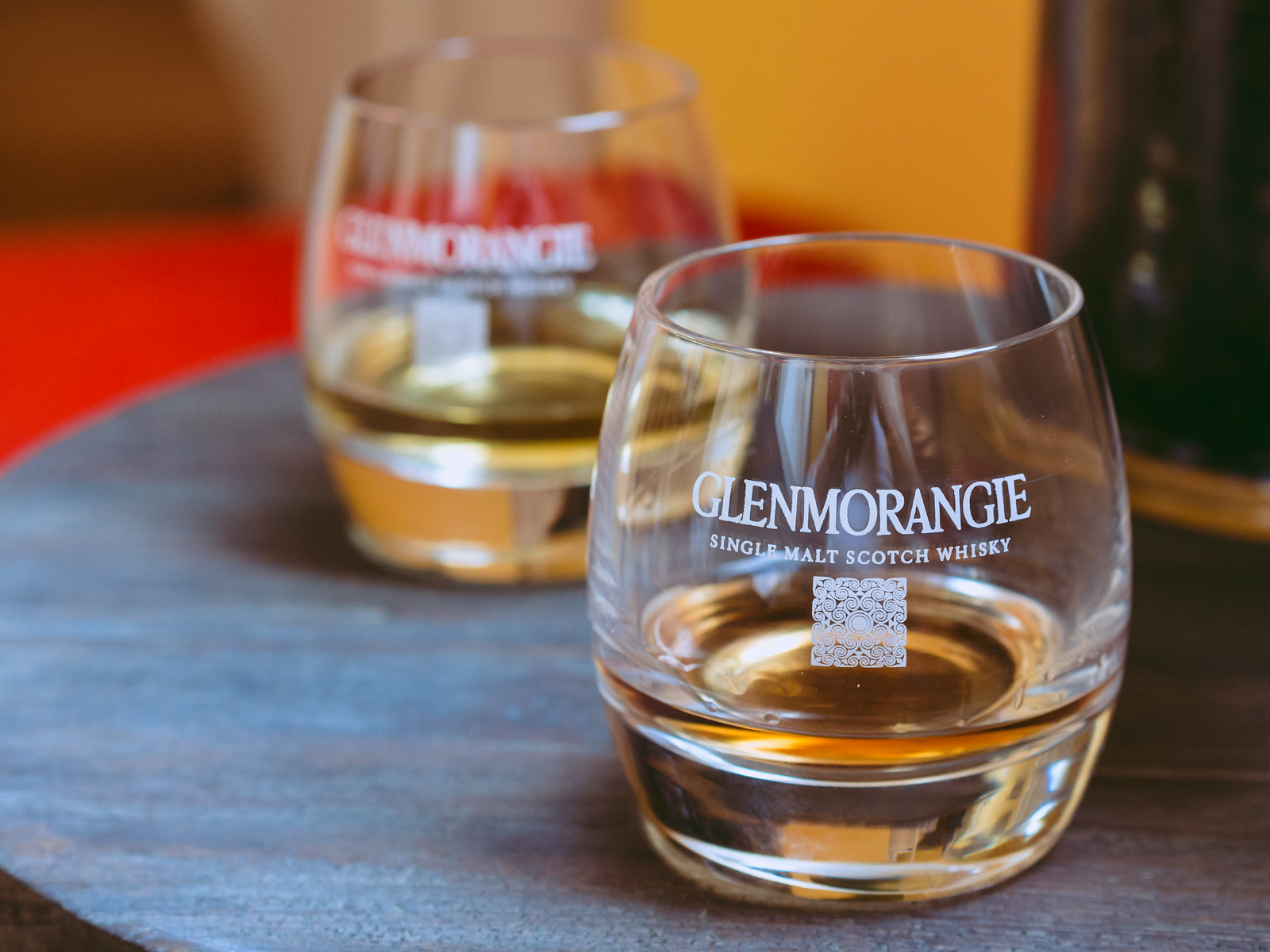